On a Saturday morning when most of Bengaluru’s tech community was enjoying their time off, a diverse group of product managers and engineers gathered at Flipkart HQ to talk about the importance of product management, the challenges that women face in the workplace, and how one can build products that satisfy the unique needs and demands of a young and tech-savvy India. #include was a platform where many daring ideas were expressed; ideas that can potentially shape the future of the Indian economy 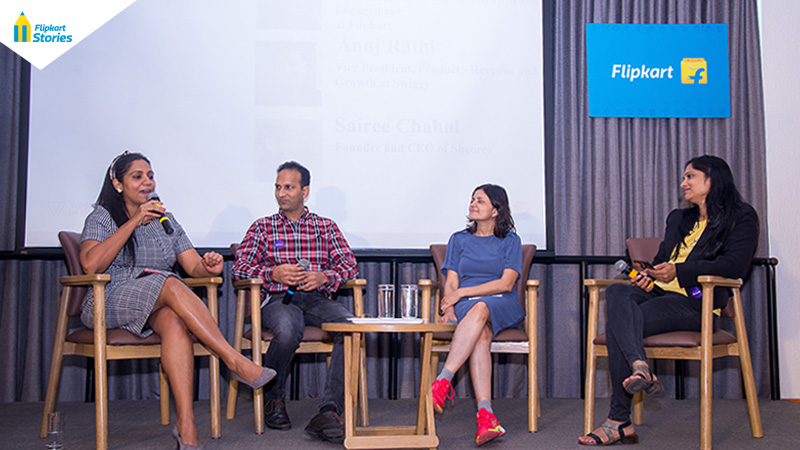 “I’ve found that people who have a background in performance art make for great product managers, because they’re used to getting applause from an audience. They don’t have to worry about impressing their boss, they’re more concerned with what the customers think,” proclaimed Kunal Shah, founder and CEO of CRED, at #include, a conference for product managers organized by Flipkart and Women In Product India.

Since the new millennium dawned, the data economy has been booming in India, with Flipkart at the centre of it. As millions of Indians enter the digital sphere every year, the demand for increasingly unique products and services have also gone up. Out of the plethora of new jobs and specializations it has spawned, the role of the product manager is perhaps only second to that of the programmer.

The product manager is a mediator between the masses and technocrats, responsible for keenly observing the gaps that need to be filled in the technological ecosystem and coming up with ideas and services that fill them. In a country like India, where the population is immense and the lifestyles unique and varied, the product manager makes or breaks a company in many cases. Given the increasing diversity of internet users in India, women in product play a crucial role in the development of products that will satisfy the needs of a young, tech-savvy India.

According to Emily McNeal, Group CFO at Flipkart, an environment like this calls for a diverse set of product managers. “India is a massive country, I see this as a toast to the diversity in this room,” she explained, kicking off the event. The next speaker to take the stage was Deepa Rajan, a Product Manager at Oracle and the founder of Women In Product – India. Deepa spoke about the unique challenges that women in product face in the workplace.

“There’s an unreasonable expectation on women to choose between home and career. I took a 3-year maternity break after which confidence had plummeted. It was during this time that I realized the importance of networking, and the importance of keeping those connections warm,” she explained, sharing her perspective on the sequence of events that led to her to start Women In Product – India.

Smrithi Ravichandran, Business Head – Payments, Consumer & Commercial Lending & Insuretech at Flipkart, followed up with a moving personal story about the choices women have to make growing up, and the importance of choosing the right allies. “When I was a little girl, I had many choices to make. I was into fashion designing, and sports, for example. We’re always faced with a choice between doing what is traditionally acceptable and what will make us happy holistically,” she explained.

Explaining that women in product are often over-mentored and under-sponsored, Smrithi went on to talk about some of the things women can do to ensure that they are not left behind in the workplace. For Smrithi, this boiled down to choosing the right allies, something she realized after joining Flipkart. “I did engineering and was unhappy. After my MBA, I moved to consulting, where I was unhappy too, but I was blown away by the culture at Flipkart. This company never told me that women can’t do X or Y,” she said. “My boss was a great sponsor of the right talent and when there was an opening to lead a category, he urged me to take the job, saying that I will succeed at it in my own way,” she explained.

After Smrithi’s inspiring presentation, Jeyandran Venugopal, Chief Product and Technology Officer at Flipkart, took the stage to paint a broader picture of what we can expect in the e-commerce sector in the coming years. “Rural population is moving to cities at a massive rate. In 5 years, 40% of the population will live in cities and we can expect rapid growth in smartphone technology, vernacular adoption, rapid growth in broadband penetration and the demand for VOD services,” he explained.

With 570 million online shoppers expected to be active by 2024, Flipkart is at the forefront of innovating for an internet-savvy future. Earlier this year, the company rolled out Flipkart Video, a free video-on-demand service which can be accessed directly from the Flipkart app, tied up with over 17,000 kirana stores across the country to establish Flipkart authorized buyzones to help onboard potential customers to the platform.

After Jey walked the audience through the numbers, Kunal Shah took the stage to talk about some of his experiences in the Indian start-up scene and the unusual insights he gained from his stints at Freecharge and CRED. One of the key points he highlighted was the role of women in the economy, with the example of food ordering in China.

“In India, 20 million women left the workforce last year,” he said. “I cannot see the per capita income of the country growing if women are not working. In China, 92% of urban Chinese women work. So it makes sense to order from outside, which creates a business opportunity.” Women in product are playing a big role in getting these insights. He also pointed out that the lack of trust in India is what keeps it from achieving its full economic potential.

After Kunal shared his insights, the stage was set for a riveting panel discussion on diversity in the online shopping sphere, and important role that women in product play in creating a diverse future for the internet. Panelled by Nandita Sinha, Vice President, Customer Growth and Engagement at Flipkart; Sairee Chahal, Founder and CEO of SHEROES and Anuj Rathi, Vice President – Product, Revenue and Growth at Swiggy, the freewheeling chat dove deeper into the roots of the internet, and the importance of making it a safe space for women.

Sairee summed it up with a relatable example, and what it implies about how women see the internet in India. “A lot of older women in our lives are wary of the internet. They often say, “dar lagta hai, you only do it,” that’s the mindset we want to change,” she said. “The internet was built by men for men, and it’s time to expand that to build products that have a core thesis of bringing everyone on board,” she explained.

“A seat at the table for women in product is only the first step,” added Nandita.

The event saw a packed house, consisting mostly of women in product, who found time after the talks to network over lunch. As far as building for Bharat is concert, it is clear that we still have much groundwork to lay. But one thing is for sure: conferences such as this play a big part in starting a dialogue around the problems that need to be addressed. As Anuj puts it: “If you understand consumers deeper than the competition, your products are going to be better and more thoughtful.” 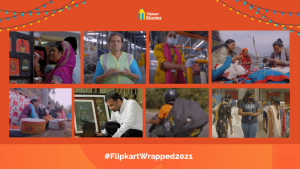 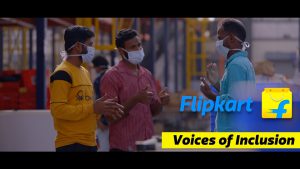 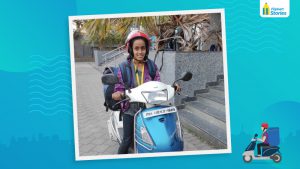 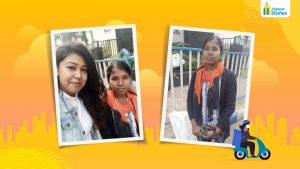