Flipkart’s system of values arose from the decisive actions of its leaders. In this anecdote-filled retrospective, Flipkart’s former Chief People Officer Mekin Maheshwari reflects on living the Flipkart values 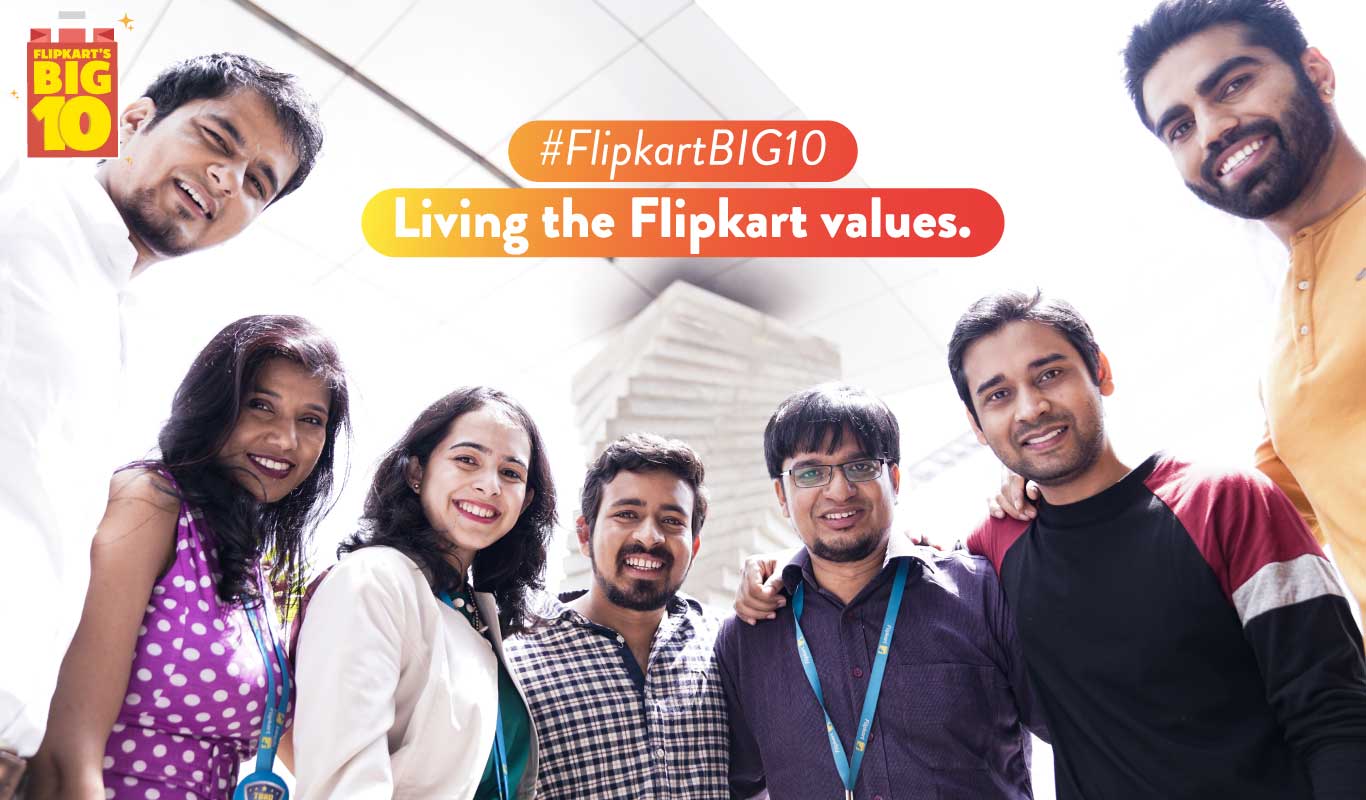 Defining the DNA of a startup’s work culture is a lot like choosing parents for a designer baby. It’s not merely about whose nose or whose eyes it would inherit, but about selecting the core personality traits that would propel it to greatness and then be passed down its flawless bloodline. Would you want the child to grow up into an Olympic champion? A Nobel laureate? Or a Hall-Of-Fame rock star? Once conceived and birthed, how would you sustain and nurture this prodigious soul? How would you empower it to negotiate the twists and turns and ups and downs of life, to thrive and compete and self-actualize physically, socially and emotionally? Mekin Maheshwari, who joined Flipkart in 2009 as Head of Engineering, donned the role of the startup’s Chief People Officer in 2013. Flipkart’s early leaders and their decisions defined the Flipkart culture. Culture, Mekin asserts, is not an edict imposed by HR but driven by actions. Flipkart’s system of values arose, as they did then and as they do now, from such decisive actions. And the story of Flipkart is a story of these actions. Mekin moved on from Flipkart in 2016, believing his decision to do so was equally crazy as joining Flipkart. However, the essence of being a Flipster has stayed with him. Likewise, what he built during his time at Flipkart has stayed the course as the once-fledgling startup completes a decade, transforming into India’s e-commerce leader. In this anecdote-filled retrospective for Flipkart Stories, Mekin Maheshwari reflects on living the Flipkart values.

This is an incident that happened in late 2009. Flipkart was a bookseller. We used to have an internal page called Sales Console that would get updated every five minutes with three key metrics: Customers, Books and Revenue. A lot of us were addicted to seeing the page many, many times in a day — we saw it more than our email. We had even developed patterns like – Sale for a day was generally 2X of sales till 2.30 pm, what would happen on a cricket match day, or during Durga Puja, etc.

I slept after looking at the Sales Console. I woke up and that was the first thing I checked. To my surprise, on one night we had sold many multiples of what we usually sell in a night! I was ecstatic, but the euphoria lasted only a few moments, before cruel logic kicked in: there was no reason for the sales to be so high on that night. This was at 7:30am — I had this sinking feeling that there had been a problem.

My mind raced, imagining different scenarios: Something was wrong with our payment gateway and people had been able to order for free. We had been hacked. And so on…

I spoke to a few people but could not get an answer. I rushed to office. I found 3-4 people huddled together. Pankaj Gupta, the Catalog Man who magically managed catalog and pricing single-handed at that time, was at the center. When I went up to them, without me asking, Pankaj sheepishly shared what had happened. While working late night, a SQL query he ran had accidentally made all international books AVAILABLE. He had realized the error when our mail server backed up with “NOTIFY ME” emails — which notified many customers that their desired books had become available to buy on Flipkart. He had since reverted the change and worked with Pradeep to cancel orders and inform the customers. Tapas Rudrapatna and Ashish Karkera had started calling up customers to cancel their orders. In a fast-moving organization, mistakes happen. And in the early days, we had a simple axiom: Just don’t repeat the same mistake. What defines culture and values is how we act when in difficulty. That’s probably why this incident has stayed in my mind as an example of many Flipkart values.

The ownership with which Pankaj and his team handled the situation was exemplary — no waiting for orders, or even asking “what should we do?” No deliberation on “whose job is it?” or “how would it reflect on my performance review?” And, most of all, the others in the team being able to understand the gravity of the situation and set aside their priority lists… to me all of this is Ownership.

They thought about customers first, not about sales, or even about what might benefit Flipkart in the short run.

When many Flipkart values come alive at once

In 2010, our first engineering intern Prarabdh Awasthi had joined us for his 6-month internship. He felt pained by the fact that he had to pinch and zoom the Flipkart site on his mobile phone. Clearly, he was much ahead of us older people in terms of his expectations from a website on a mobile phone.

One night, he went to Tapas’s home and started working on creating a mobile version of the Flipkart website. In two nights, he created a mobile site pushed it to production and then informed some of us — merely as a matter of fact! Nearly all Flipkart values — Ownership, Audacity, Bias for Action, and Customer First — had come alive in this instance.

Prarabdh recently completed the Ironman triathlon, which is an awe-inspiring feat. But I feel somewhat weird — because to me he will always be the first Flipkart intern!

Ownership is one of the core Flipkart values

In 2010, Flipkart had just launched mobile phones, the first major category after Books (we had launched CD/DVD before phones, but that was never a major category). We started getting requests for replacements. This was new for us — mobile phones have a far higher fault-rate than books. As we realized, this was also new for India — reverse logistics capabilities just did not exist. This is when we started thinking about solving this problem for our customers ourselves.

By now, we were also facing large challenges with deliveries — nearly 75% of our customer complaints were courier complaints. A couple of young engineers — Ananda Matthur and Swapnil Marghade — and a newly hired B-school grad, Vinoth Poovalingam, along with Rahul Ramkumar who worked on product, were entrusted with experimenting with our own delivery service. In three weeks’ time, we started out delivering in Indiranagar and Koramangala. They had created a system that was way ahead of most courier companies in the country. That experiment went well enough and led to what became Ekart.

The audacity of setting up our own logistics capability with a small young team in such a short time reflects the value as I understand it. The autonomy and ownership with which this young team operated set the expectations for a lot of others.

My last day at Lulu / weread / Ugenie. A bit sad. 2 week break with a lot to do & then I join another exciting startup – flipkart

4 years at Flipkart. Living a dream…. Frankly, I couldn't even have dreamt this big 4 years back.

I am moving on from Flipkart – A post for the what, why of it – “Crazy Decisions — Joining & Leaving Flipkart!” https://t.co/FWqu03eVop

Mekin Maheshwari is the founder of Udhyam Learning Foundation. He tweets at @_mekin and blogs on Medium.

0
0   0
previous Flipkart raises $1.4 billion from Tencent, eBay & Microsoft, and acquires eBay India
next I be Flipster — Padmini Pagadala on growing with Flipkart