In India, entrepreneurs like Bittu Dutta are both community pillars and rising stars. Starting right out of school, Bittu grew his family business of selling bespoke cotton and silk sarees alongside other ethnic wear to over 300 listings on Flipkart. Read on to know how his success story had the humblest of beginnings before the glow up! 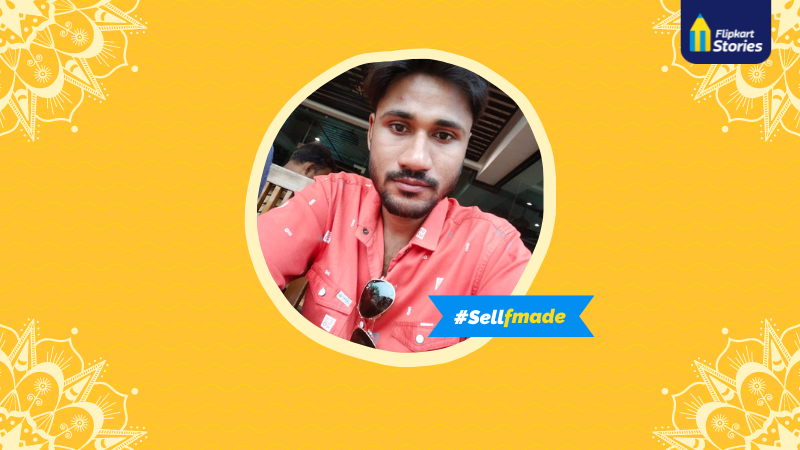 In India, artisan and weaver communities are spread across the nation and carry with them a legacy that dates back centuries. Learning from their parents and grandparents, these talented individuals and families rely on their handiwork for their livelihoods. But for India, this is culture and heritage being preserved and passed down. Artisans in India have always borne this responsibility and take pride in their skills. Bittu Dutta is among these talented few, hailing from the Nadia district in West Bengal. A specialist in making hand and power loom cotton sarees, he is now the next generation of entrepreneurs to take the reins of his family business.

Taking over the business from his father in 2013, he was quick to spot potential and capitalize on the opportunities in front of him. To accelerate his growth, he partnered with the Flipkart Samarth program and has now taken Dutta Saree Ghar online. For business owners like Bittu Dutta, the Samarth Program launched by Flipkart in 2019 was a game changer.

It provided businesses like these in India with the opportunity to scale their operations, empower the local workforce, which includes artisans, weavers, and others, and embrace e-commerce to the maximum. While the program has grown over fivefold since its launch, it impacts over 1.5 million households in India today. Ahead of the ‘Crafted by Bharat’ sale showcasing Samarth partners, Bittu Dutta is all set to welcome another bountiful season.

Keep reading to know how Bittu not only took the leap into the family business, but also took it to new heights.

Entrepreneurship: One Man’s Ticket To Freedom

Running a business means different things to different people. And for Bittu Dutta, it means freedom. Ever since his early years in school, he understood the power of entrepreneurship. He believes that there is no other freedom like being an entrepreneur and running a business of his own. This holds water considering that he is now in control of his trajectory and is able sustain his financial independence on his own merit.

Today, he realizes that running his family business has indeed granted him the freedom he has yearned for since childhood. For Bittu, however, this is just the start. Growth is now his objective for the long haul, and he has stayed true to the mission ever since he took over back in 2013. He started out small with just a home storefront. Today, he is a Flipkart Samarth partner with over 300 listings.

The products he offers range from delicate handwoven cotton and silk sarees to other ethnic wear produced at scale to meet the demands of shoppers across India. Bittu employs around 25 weavers, all of whom are spread across his local community and are trained to deliver the highest quality. And, like any good entrepreneur, Bittu has the hands-on knowledge to guide his team effectively.

Onboarding to Samarth: A Life-Changing Journey

Since its launch, Flipkart’s Samarth program has enabled entrepreneurs like Bittu to give local artisans the opportunity to earn a livelihood while keeping their crafts alive, and also realize their dreams. The Samarth program aids entrepreneurs as well. “My journey into the e-commerce fold was seamless because of Flipkart,” says Bittu with a smile.

While he was taking the business online, Bittu recalls being apprehensive. The feelings soon turned to trust and delight as he found a supportive hand in his Flipkart Account Managers and other support staff. Today, he has over 300 live listings on Flipkart, and states that he is very happy with all the support he’s received throughout. He’s confident that Flipkart has his back.

It is this confidence that spurs him on for the upcoming ‘Crafted by Bharat’ sale, and he’s been preparing for it for weeks. With stock ready to ship at a moment’s notice, he looks forward to the Flipkart Samarth event with as much gusto as he has when the Big Billion Days Sale rolls around.

Entrepreneurs like Bittu Dutta are inspirations not only because of their success, but because of their impact on their community in India. For the artisans of Nadia, Bittu Dutta is a beacon of hope. His dedication to growth ensures their livelihoods and with Flipkart in his corner, he is primed for nothing short of excellence. 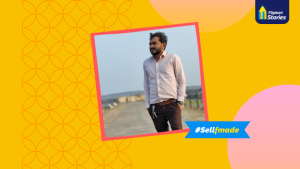