We started this year with a commitment to tell stories that champion progressive living and thinking, in line with our tagline – Naye India Ke Saath. This time, we bring you the story of a new, progressive generation. Move over Gen X and Gen Y because Gen E is here! Read more below. 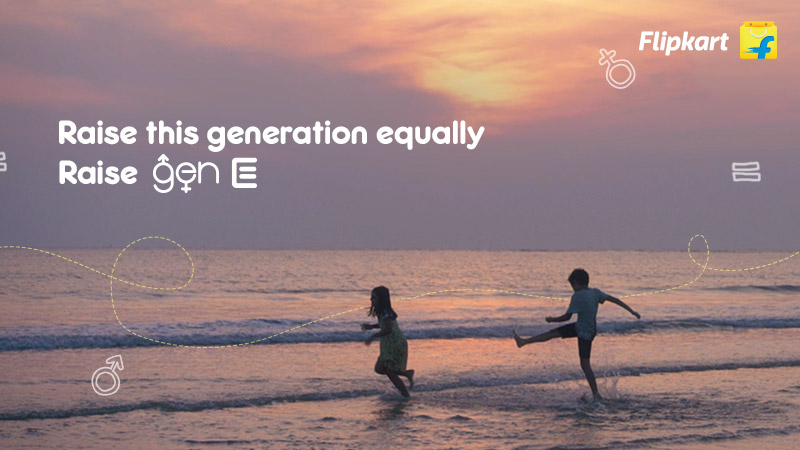 Do you remember being told off for playing with dolls? Or watching from the sidelines as the boys play a game of football? Everyone has a memory from childhood when they were told to be more boyish, or ladylike. It hurts initially, but we learn to internalize it, and conform to these unwritten rules to survive. But does it have to be this way? This is the question that Flipkart’s Gen E campaign asks.

Watch the video below to learn more:

Gen E stands for Generation of Equals, because at the end of the day, gender roles keep sexism alive. It starts with the little things: the boys get a GI Joe action figure or a Hot Wheels track set, and the girls get a Barbie and a dollhouse. Boys are encouraged to take up sports, while girls are told to stick to crafts and indoor activities. But why must boys and girls have separate toys? The verdict is clear on gender norms: they’re not fun! The Gen E campaign aims to challenge the way society sees gender, and dreams of a future where kids have the freedom to be more than just “boys” and “girls.”

To practice gender equality and gender-neutral parenting, parents need to first overcome their own preconceived notions about gender roles and behavior. This means understanding that kids are kids and not just “boys” and “girls”. Early childhood, which spans the period from infancy to 8 years of age, is critical for cognitive, social, emotional and physical development. And it’s important that the change begins then — this period is when children are moulded into the adults they become.

To emphasize their commitment to the cause, Flipkart aims to create India’s first gender-neutral kid’s store, where toys, games, books are not segregated on the basis of gender. That means your little ones no longer have to be bound by restrictive gender norms, and they can finally let their imaginations roam free, unbound by society’s sexist expectations.

Flipkart believes this will cultivate a healthy, long-lasting mutual respect among children, irrespective of biological sex. That means no more “boys will be boys” or “girls will be girls,” just kids being themselves!