10 years of Flipkart – A Timeline of Milestones

Since starting up in a two-bedroom Bengaluru apartment as an online bookstore, Flipkart has grown to be India’s e-commerce leader. Explore this interactive timeline of the Flipkart decade 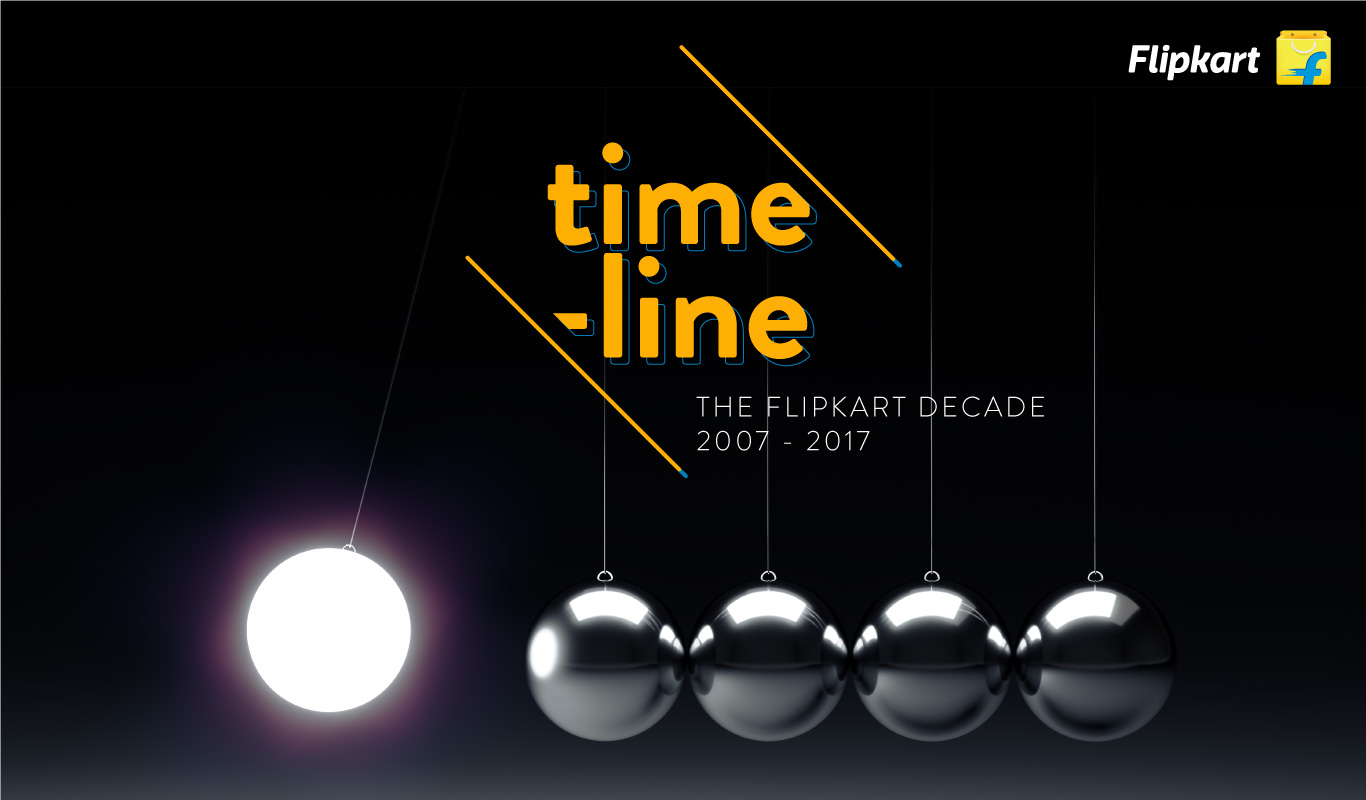 How much can you pack into a ten-year timeline? In 2017, Flipkart celebrates a decade of fulfilling the wishes of online retail customers in India, and solving for India’s dynamic e-commerce ecosystem. Since starting up in 2007 from a two-bedroom apartment in Koramangala, Bengaluru, Flipkart’s founders Sachin Bansal and Binny Bansal have built an e-commerce bellwether that has held the torch aloft for a generation of Indian startups. Each year, Flipkart has fought off competition with path-breaking innovation aimed at solving for India. Strengthening its leadership position with every milestone achieved, Flipkart has built what is today arguably India’s most exciting company to work for, with a workforce whose average age is not quite 30.

Flip back the years with this timeline of Flipkart milestones.

2007 | The Flipkart story begins in a Bengaluru apartment

On September 15, 2007, Sachin Bansal and Binny Bansal, who met in 2005 at IIT-Delhi, launch an internet business called Flipkart. The online bookstore promises to deliver anywhere in India. Within weeks, the first customer, a young bookworm from Mahbubnagar, places an order. Amid high drama, Sachin and Binny pull off the delivery. After 20 shipments that year, Flipkart is in business.

2010 | Cash-on-Delivery and Ekart win over the Indian consumer

2017 – Flipkart celebrates 10 years with biggest-ever round of investments

#FlipkartBig10 – A Timeline of Talent