Chitra Banerjee Divakaruni explores, understands and portrays emotions in her breathtakingly fascinating books. She opens up to Vivek Tejuja about the purity of a mother-daughter relationship and how it inspired her to write her latest novel, Before We Visit the Goddess 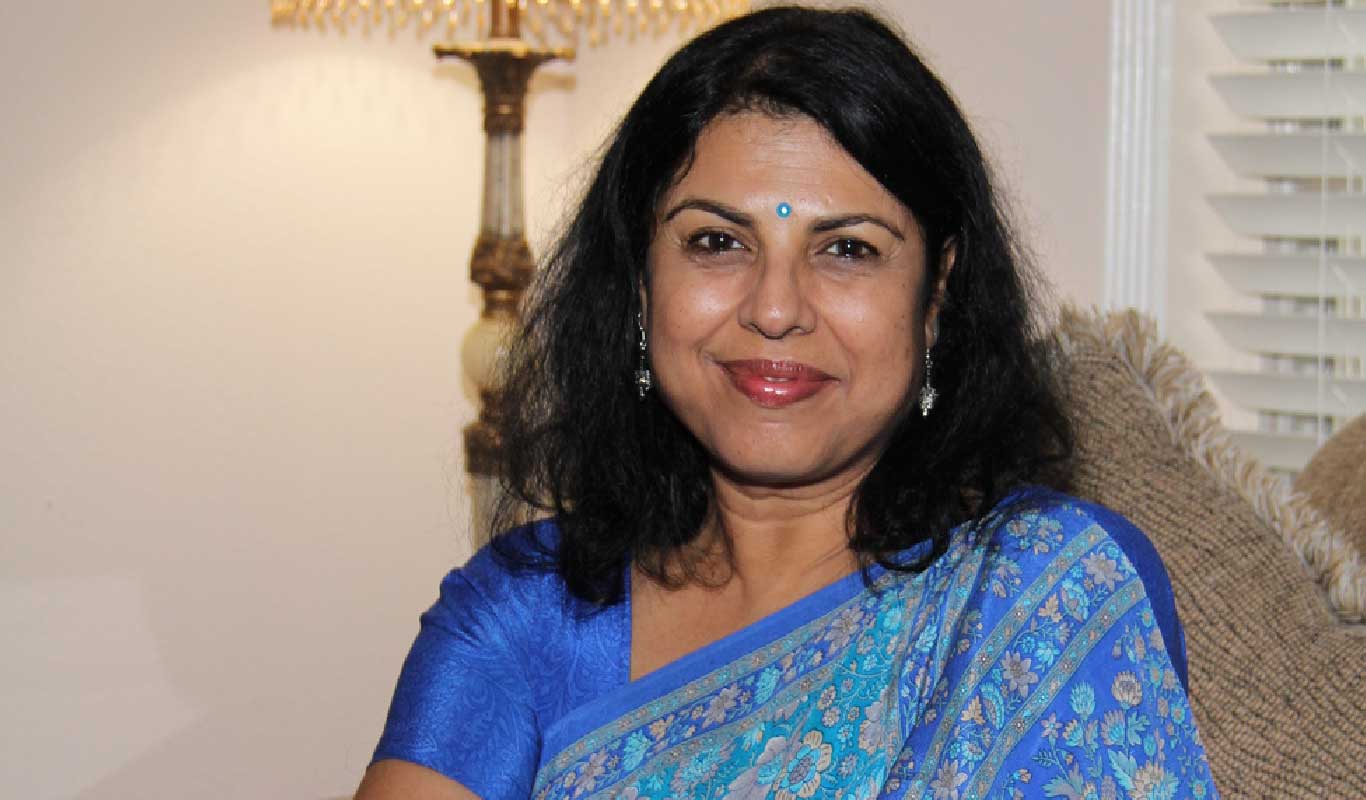 The always delightful and charming Chitra Banerjee Divakaruni spins another saga that is powerful, songlike and magical in portraying the lives of women in India and as immigrant brides in America. I have been reading  books by Chitra Banerjee Divakaruni ever since I was twenty or so, and she has been weaving the magic of words, allowing our imaginations run wild. All of her books are about women because that’s where her passion lies — to write about women with elegance and depth. Whether Chitra Banerjee Divakaruni writes about The Palace of Illusions, or an award-winning story about two Indian sisters in Sister of my Heart, there is no one who can match up to her flair for writing, when it comes to the nuances of relationships and life. 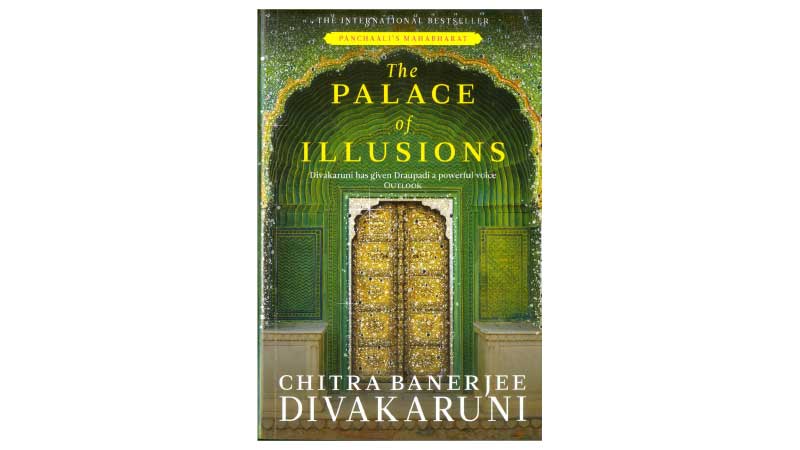 Before her all-new powerful book Before We Visit the Goddess was set to release, I had the opportunity to interview Chitra Banerjee Divakaruni and engage in conversation — about her favorite books, her work, and the very Bengali nature of her stories. In Before We Visit the Goddess, Chitra Banerjee Divakaruni brilliantly captures the relationship between a mother and daughter and the love that binds them forever. 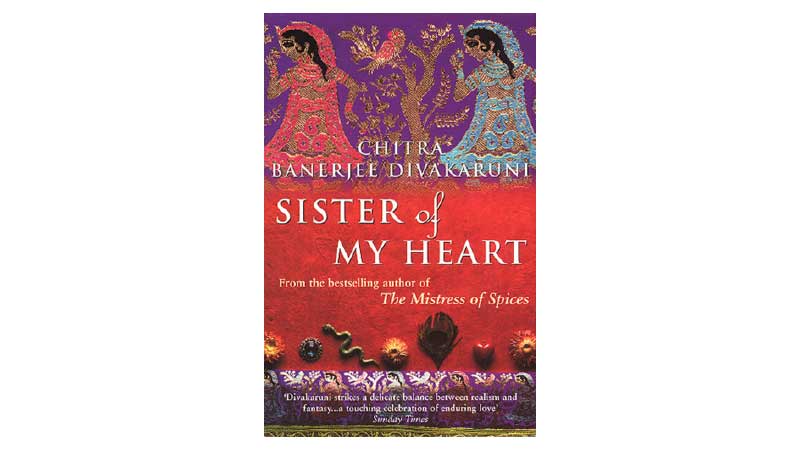 Why a book on mothers and daughters. What led you to write this?

Mothers and daughters — it’s one of the most powerful relationships that humans can have, beginning before birth and lasting even after the mother is gone because you carry her genes and lessons inside you. I’ve always been fascinated by this relationship, particularly in ways in which it morphs when you move across continents and change in un-imagined ways. Now that my dear mother has passed away, I wanted to write a book celebrating this complex bond, braided through three generations of women, which began in a little village in Bengal and ended in Texas, where I currently live.

The book has several layers to it. How easy or difficult was it to juggle those layers, to fight with them day in and day out? Did you for once think that your emotions were completely drained out and you couldn’t write another word, given how intense this book is?

It was quite a challenge! There are layers and layers in this book, as you pointed out: different times, different countries, different narrators that might be at odds with each other. Most intense are the layers of emotions in the family relationships that is at the center of this book: the grandmother, the mother and the daughter, and the men they are married to or romantically involved with. I often felt totally exhausted as the characters fought with each other inside my head. I went on long walks during the time I was writing this novel!

The book, in some parts, felt like a magic realism novel – the descriptions, the way it traverses between past and present, and the lyrical nature of it. In fact, all of your books are like this – sublime and surreal almost. Is there a particular style of writing you resort to? Would you advise young writers to do the same or allow them to find a voice and follow it?

I love writing about magical aspects of the world — whether it’s a novel of magical realism such as The Mistress of Spices, or of an ancient mythical world like The Palace of Illusions, or the very contemporary world of Before We Visit the Goddess. I believe our world is filled with strange and inexplicable things, some of which appear in this book. In this book, time becomes a magical construct, allowing the reader to slip in between the years as necessary or leap between generations. For me, this way of looking at the world is central to my writing. But I would not advise everyone to go for it. Each writer has to find his/her own vision of the world and identify a unique voice. Personally, I would like to advise young writers to experiment with their work until they find the one that feels right for them. 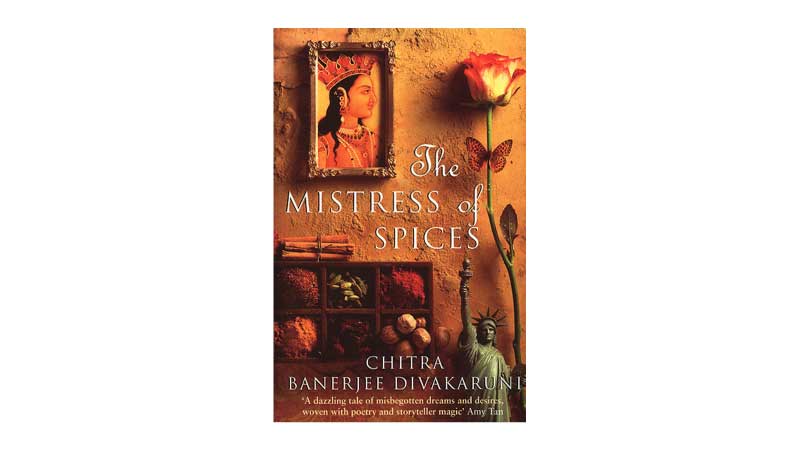 Tell us your favorite books on mother-daughter relationship. A must-read list that you’d recommend.

Some of my favorite books are:

Do you identify yourself with the women in your books? There is this latency among them – and then they burst and come to their own. Does that also happen to you?

Yes, I identify with all of my heroines as I write their characters in the book. For instance in Before We Visit the Goddess, I could equally relate myself to the grandmother Sabitri, the daughter Bela, and the granddaughter Tara as I was writing in each one’s narrative consciousness. But in the end, they are not like me at all — I have imagined them to be unique and different. It was important for me to show their growth and maturity, but this happens in different ways and at different stages for all three of them. But you’re right. At a certain point, there’s something amazing and unexpected happens in their lives, and they seem to burst into bloom.

Your Bengali roots appear in almost every book you write. Is that your way of being connected? Does it help you craft the story better?

The Bengali-ness of my characters is my important to me, particularly in the latest book, because that is the world I grew up in as a child. I know that world well and find it compelling. That’s why I go back to it over and over. Because I understand the nuances of that world, and I am able to craft a better story. But sometimes, when the stories are set in America, I don’t always use Bengali characters. For instance, in my novel, One Amazing Thing, some of the major characters are not Indian at all. I made this decision because of a particular situation in the novel — several characters of different backgrounds come together in an Indian visa office because they all want to travel to India, and then are trapped inside by an earthquake. It was important to show how people of different backgrounds, initially at odds with one another, finally formed a community when their lives were in danger. 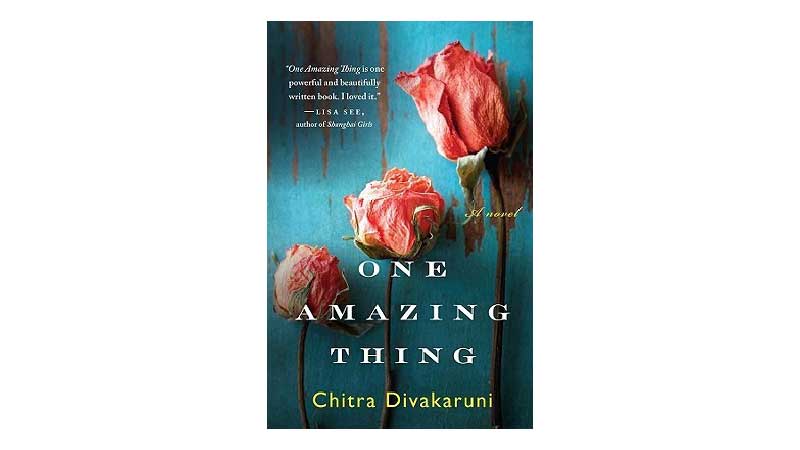 Before We Visit the Goddess is a bit glum and at the same time offers a ray of hope when compared to your other books which I have read. Why? Was there an underlined sense of that while writing it?

In this novel, I examine different moments in the lives of my characters. Some are deeply tragic, some are filled with excitement, hope and love, some are pained because the woman feels betrayed, and in some there is a sense of wisdom, reconciliation and forgiveness. Since I was going through three generations, it was important for me to examine a roller coaster of emotions and thus create a sense of three complex, changing lives.

The first time you wrote something…

The first time I wrote, it was a poem on my grandfather’s death. I missed him very much. It wasn’t a very good poem because I couldn’t control the emotions I was trying to portray. That experience taught me that one has to be able to step back as an artist, if one wants to create something worthwhile. Grab a copy of the book Before We Visit the Goddess  by Chitra Banerjee Divakaruni on Flipkart.