Some days, you just need that touch of romance in the air. Whether you’re a die-hard romantic, a flirty non-believer or somewhere in between, you’re sure to enjoy these 10 romance novels handpicked for you. While some are timeless, some embody teenage angst and others capture desi romance in all its glory. Take a look! 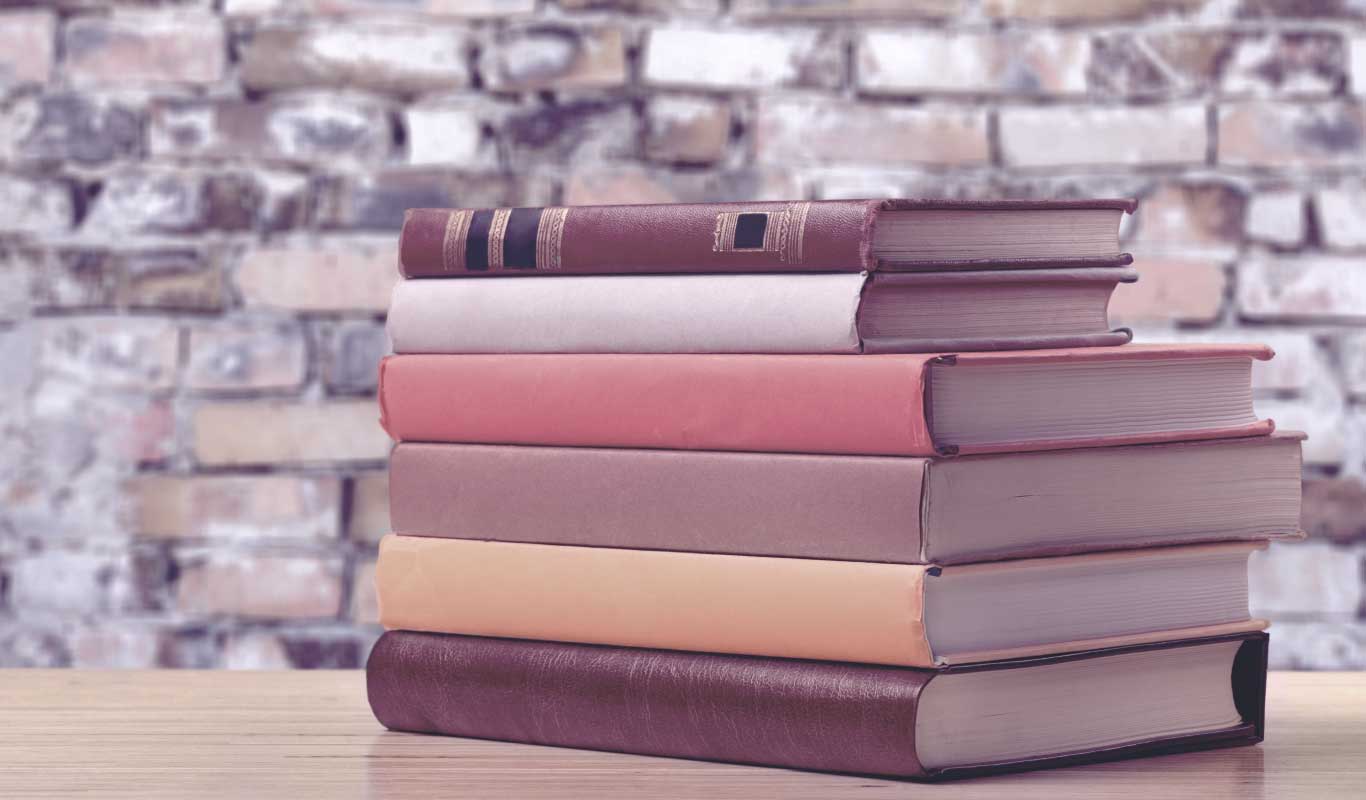 First love, unrequited love or that absolute classic – not all the couples on this list live happily ever after, but they definitely make for some great stories. Give your reading list some love with these 10 romance novels that will keep your inner romantic running wild and free.

An Abundance of Katherines by John Green 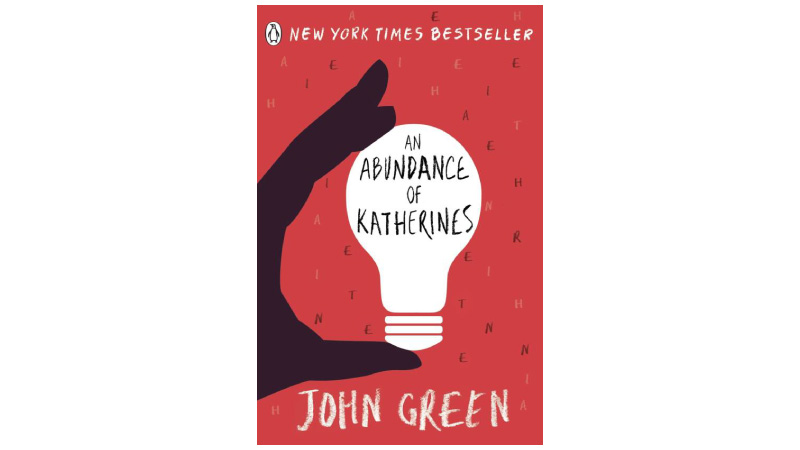 Noted for his poignant work, The Fault in Our Stars, American author John Green brings out a rather mathematical take on love in this New York Times Bestseller. A finalist for the Michael L Printz Award, the book features a child prodigy who has dated nineteen girls with the same name: Katherine. A road trip after his latest break-up takes the protagonist and his best friend to another town and another girl, where he must decide if he should rely on theorems and graphs to predict how long a relationship can last or whether he must leave it up to fickle fate and unpredictable love!

Me Before You by Jojo Moyes 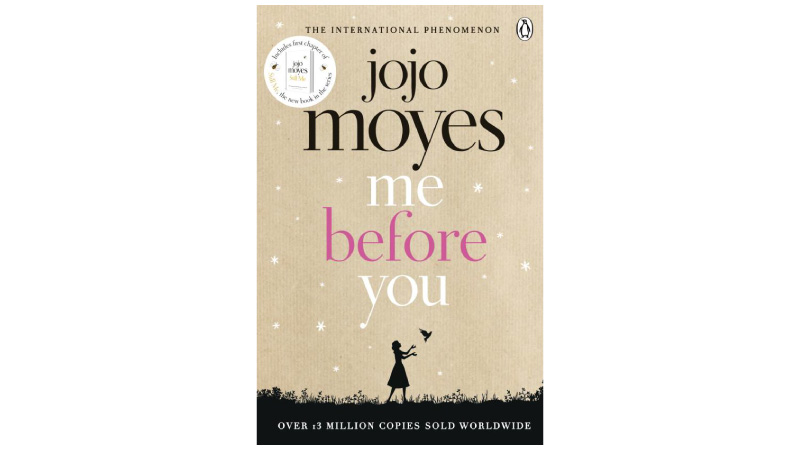 A two-time winner of Romantic Novel of the Year Award by the Romantic Novelists’ Association, British novelist Jojo Moyes is known for her romantic fiction set against realities that few writers of the genre dare to delve into. In Me Before You, protagonists Lou and Will are thrown together as a result of a chance meeting. A heart-warming story of two unlikely people against the backdrop of assisted suicide, this book has sold over 8 million copies across the world. Read it, and you’ll know why. 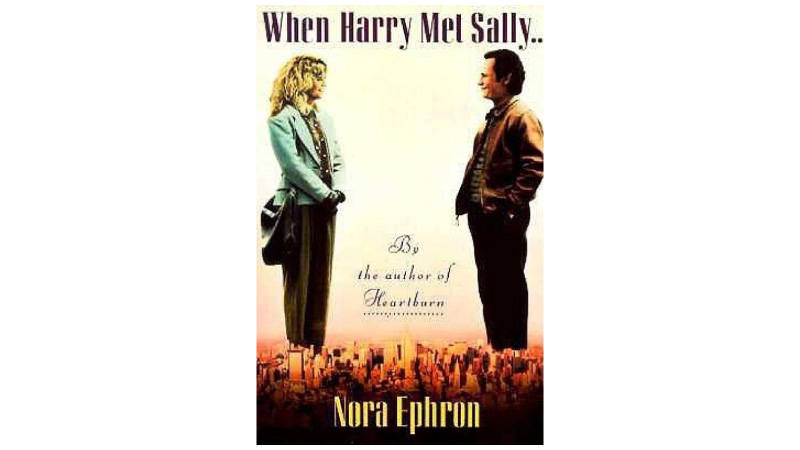 Whether you love the movie starring Meg Ryan and Bill Crystal or haven’t watched it yet, read this screenplay along with the wonderful introduction by celebrated American author and filmmaker Nora Ephron. With witty repartee and a celebration of awkward moments that every couple is sure to face together, the screenplay is sure to make you chuckle. Fans of the movie will love the introduction where Ephron talks about real-life inspirations behind the characters. As far as romance novels go, this one’s a must-read. 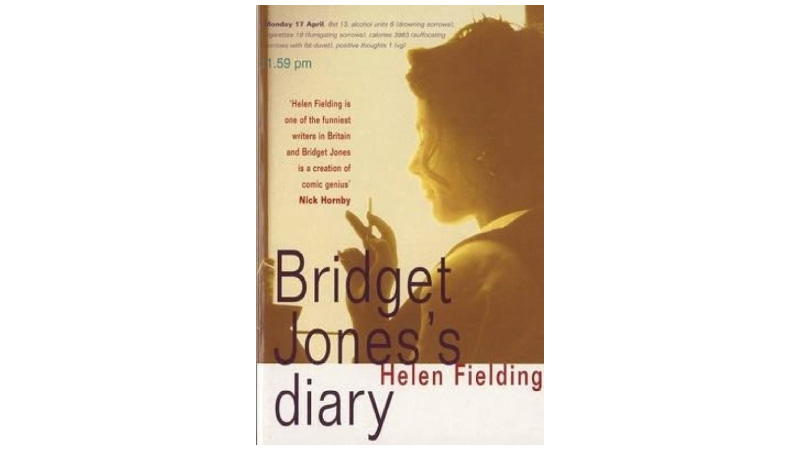 Did you know that this book was named as one of the 10 novels that best described the 20th century? A prime example of smart and contemporary chick lit, it not only won the British Book of the Year in 1998, but also sold about 40 million copies worldwide. Exposing the peccadilloes of middle class British society, it follows the life of a single woman in her 30’s as she tries to find love in London. You’ll enjoy the book even if you’ve seen the Academy Award-nominated film, and better yet, with your BFF or partner snuggled in beside you!

A Suitable Boy by Vikram Seth 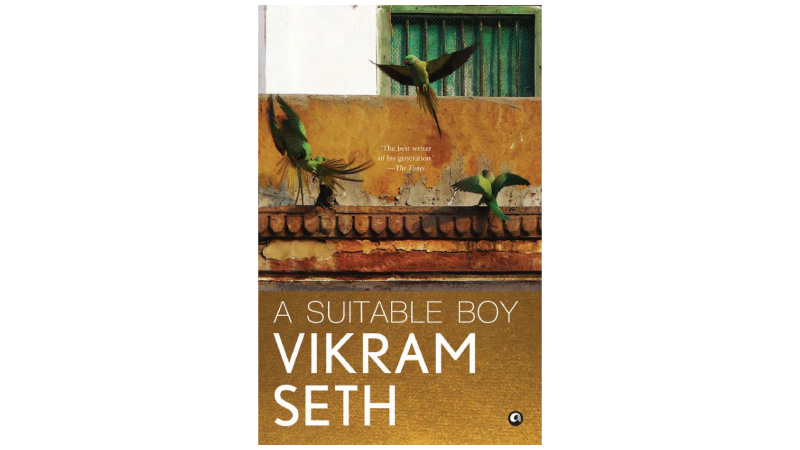 Multiple award-winning author Vikram Seth tells a tale that reveals the spirit of India in its yesteryears—and one that remains in some shape or form even today. Against the backdrop of post-Independence India, this story traverses the complications of love and family, caste and ambition, social mores and war in a truly riveting fashion. At its core, the story is about a mother and daughter on a quest to find a suitable boy. A one-of-a-kind romance novel, A Suitable Boy will have you immersed in its pages – it is also one of the longest books in the English language ever published in a single volume!

See Me by Nicholas Spark 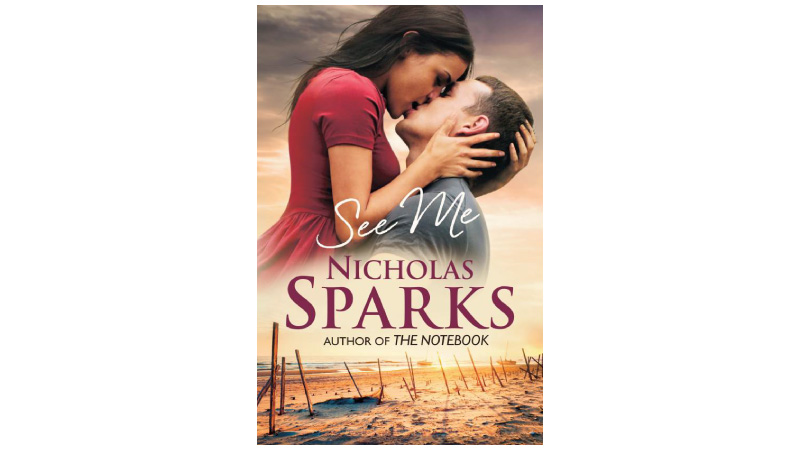 If you’re looking for one of those epic love stories, you just can’t go wrong with Nicholas Sparks. His books have been translated into more than 50 languages across the globe and sold over 100 million copies! This novel is yet another romantic saga by the author and explores the decisions we make or are forced to make in love. It follows Colin, a man with a troubled past, who meets Maria, a lawyer and daughter of Mexican immigrants. Even before their love has a chance to fully blossom, Maria gets threatening messages from someone in her past. Read the book to see if the couple is able to stay together against the odds. 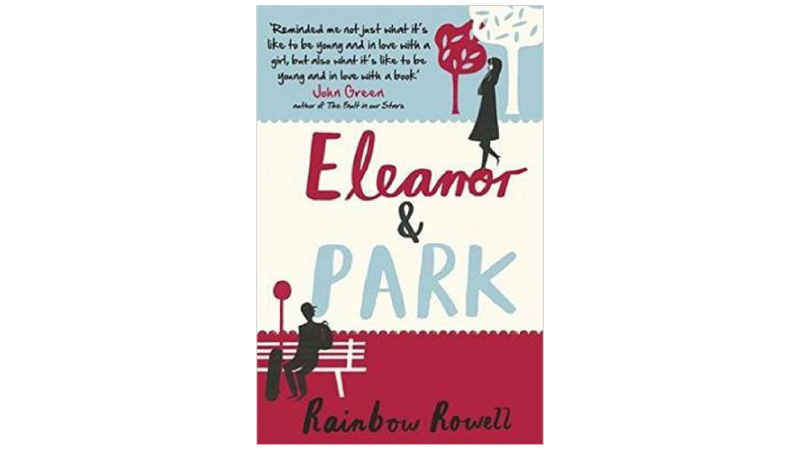 Called one of seven Notable Children’s Books of 2013 by The New York Times Book Review, Rowell’s Eleanor & Park explores essential themes for young adult readers. From first love to body image, from domestic abuse to bullying, the book traverses the funny and sad side of life in way that’s truly captivating. Relive your own memories of first love with this book!

It Started with a Friend Request by Sudeep Nagarkar 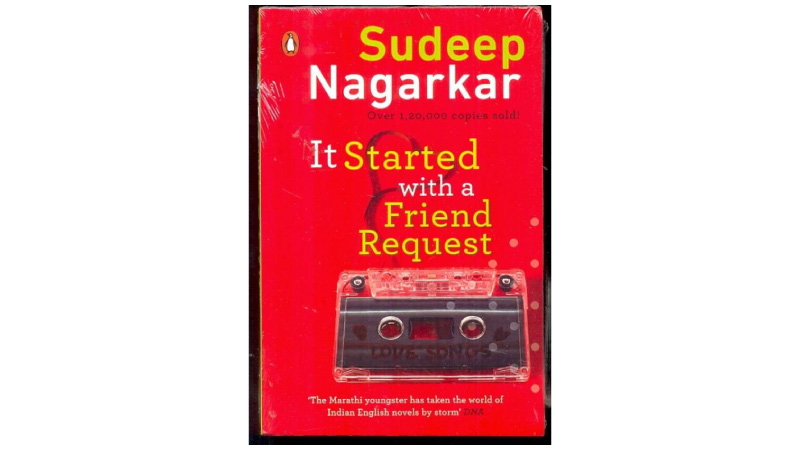 Authored by the recipient of the 2013 Youth Achievers’ Award for being one of the highest selling romance writers in India, this book is one that explores desi romance in all its twists and turns. Sudeep Nagarkar, engineer-turned-author, bases the book on his own college experience in Mumbai: Conservative boy meets free-spirited girl at a club and exchange their BBM Pins. What happens next? A lot of shocking things that test both friendship and love. 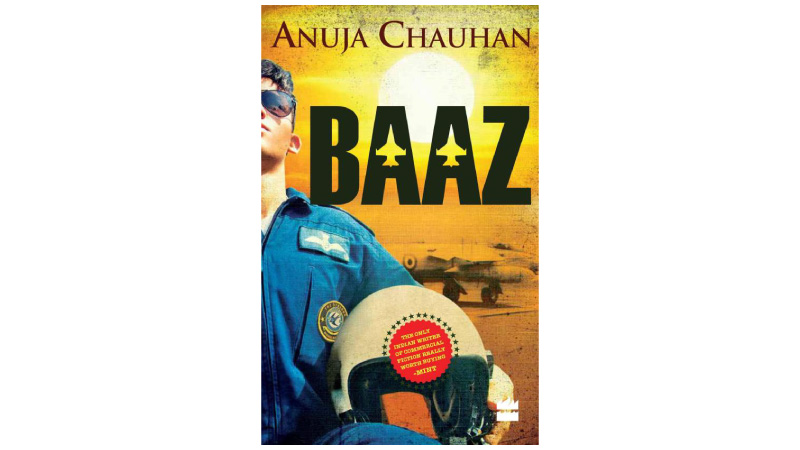 If you like men in uniform then this is the book you’ve just got to have on your bookshelf! Author Anuja Chauhan gave her very successful advertising career a break to turn to novels, and with good reason. Her manly male leads have a fan following of their own and Chauhan has won the Woman as Storyteller award at the 2009 India Today Woman Summit apart from the Platinum Stiletto at Cosmopolitan Magazine’s Fun Fearless Female Awards in the Literature category in 2008. In this one, you get to meet fun-loving and intensely patriotic IAF officer Ishaan Faujdaar and the beautiful Tehmina Dadyseth, who makes him question everything he believes in.

A Half -Baked Love Story by Anurag Garg and Gunjan Narang 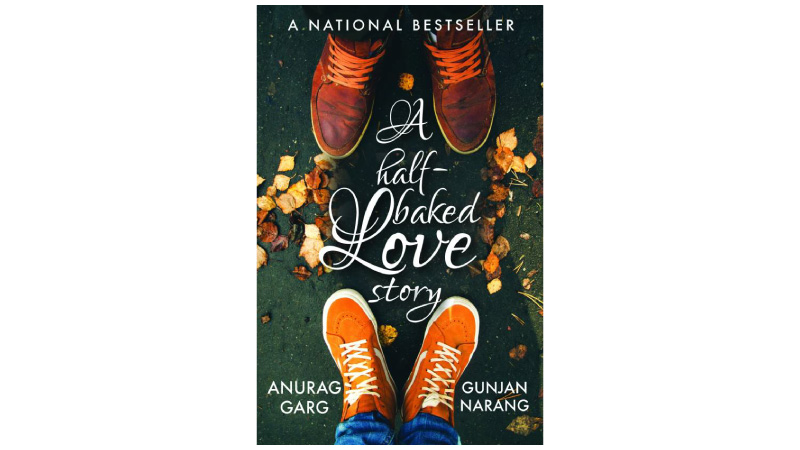 Anurag Garg, an engineer by profession, and Gunjan Narang, an aspirant educationist, explore their common love for writing through this book. Open its pages to meet Aarav and Anamika, two very different but very relatable characters, who fall in love after meeting in school. The book explores the after-effects of love and the change that one story can make to all the other stories in our lives.

So, get ready to stir yourself some hot chocolate and cast a romantic spell with these books. See the other romance novels on Flipkart here and order yourself some love!

0
0   0
previous The Shashi Tharoor Interview: 'It is high time Hindus stood up and reclaimed their faith'
next Celebrate Women’s Day in literary style with these 18 books by women authors