Long before the much-talked-about Indian e-commerce wave credited to the millennial breed of Indian unicorns made its presence felt, a silent revolution that began in the 1990s had already empowered the Indian traveler with access to online railway ticket reservation. The man who helmed this project, Amitabh Pandey, is a former economics teacher and academic. Pandey, who has also authored three books of fiction, relates the story of India’s first e-commerce revolution in his new book, When It Clicks — Field Notes From India’s e-Commerce Revolution. Read excerpts from an exclusive interview and buy the book on Flipkart
Read more 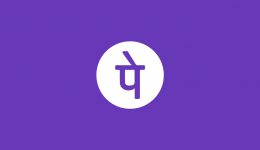 7 things you must know about the PhonePe app from Flipkart

Insurance on Flipkart: Get life cover with zero paperwork and no medical tests!

Do you know the safest way to wear and dispose of

How exactly do you spot a website masquerading as