Ready Player One: How Flipkart’s Online Games platform is pioneering a gaming revolution in India

Online gaming has seen a meteoric rise in the last decade. A 140 billion-dollar industry, games have penetrated every corner of the internet, from hyper-casual games like Candy Crush to professional Counter Strike tournaments. Meanwhile, Flipkart’s gaming project, which began as a series of microgames to drive up excitement around The Big Billion Days sale, has now evolved into an ecosystem of its own. Read all about Flipkart’s newly launched Gaming Platform and the story of its evolution
Read more 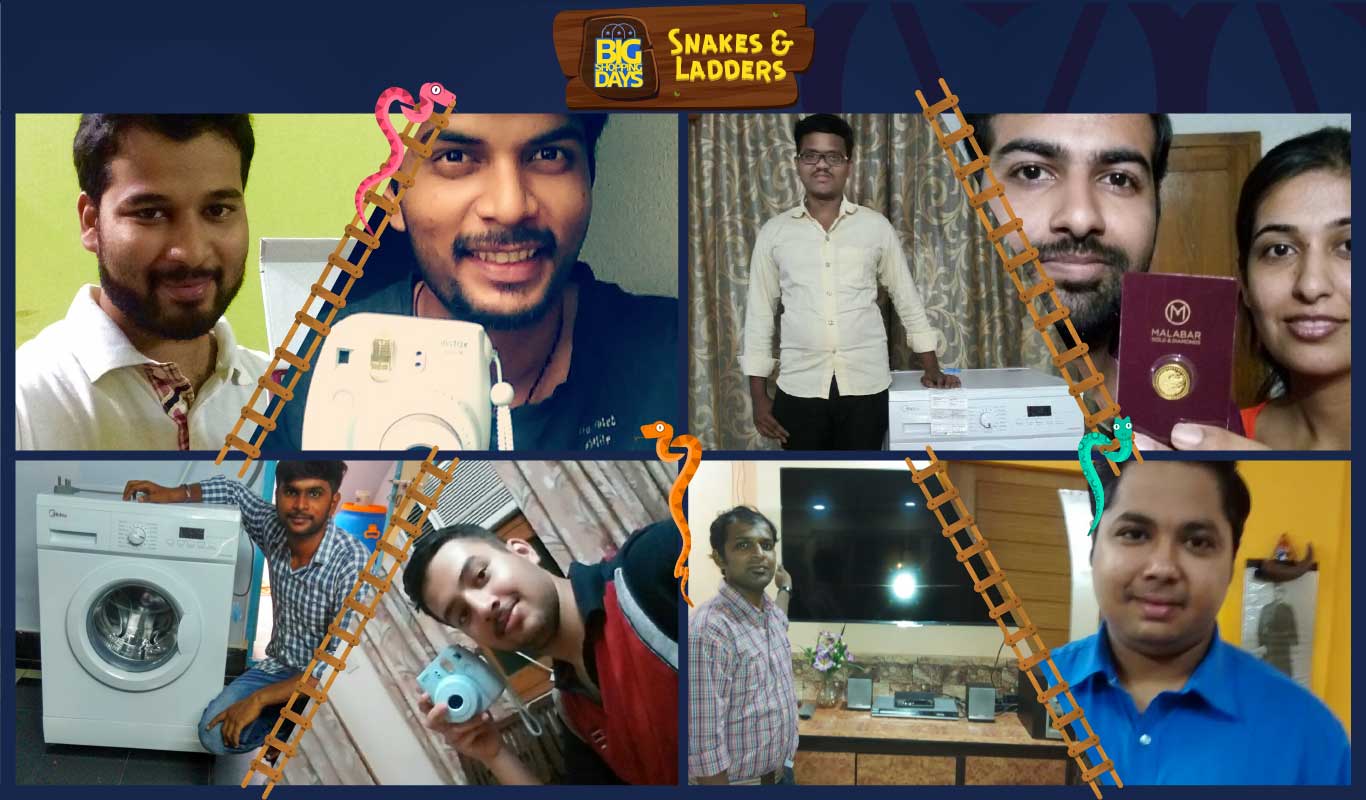 In May 2016, Flipkart customers played the Snakes & Ladders game on the mobile shopping app. Most of them played just to try their luck. And many were quick to diss the game as 'fake' and 'fraud' even before they had given it a good shot. More than 200,000 of those who played claimed the prizes that they won. Some of them struck a jackpot, taking home LED TVs, smartphones, washing machines and other high-value prizes for just Rs 10! Even they didn't believe that they had won, until the prizes came home. Read their true story!
Read more