Known to be a fiercely private person, Satya Nadella provides a rare glimpse of his life and the ever-evolving culture inside of Microsoft in his new book. 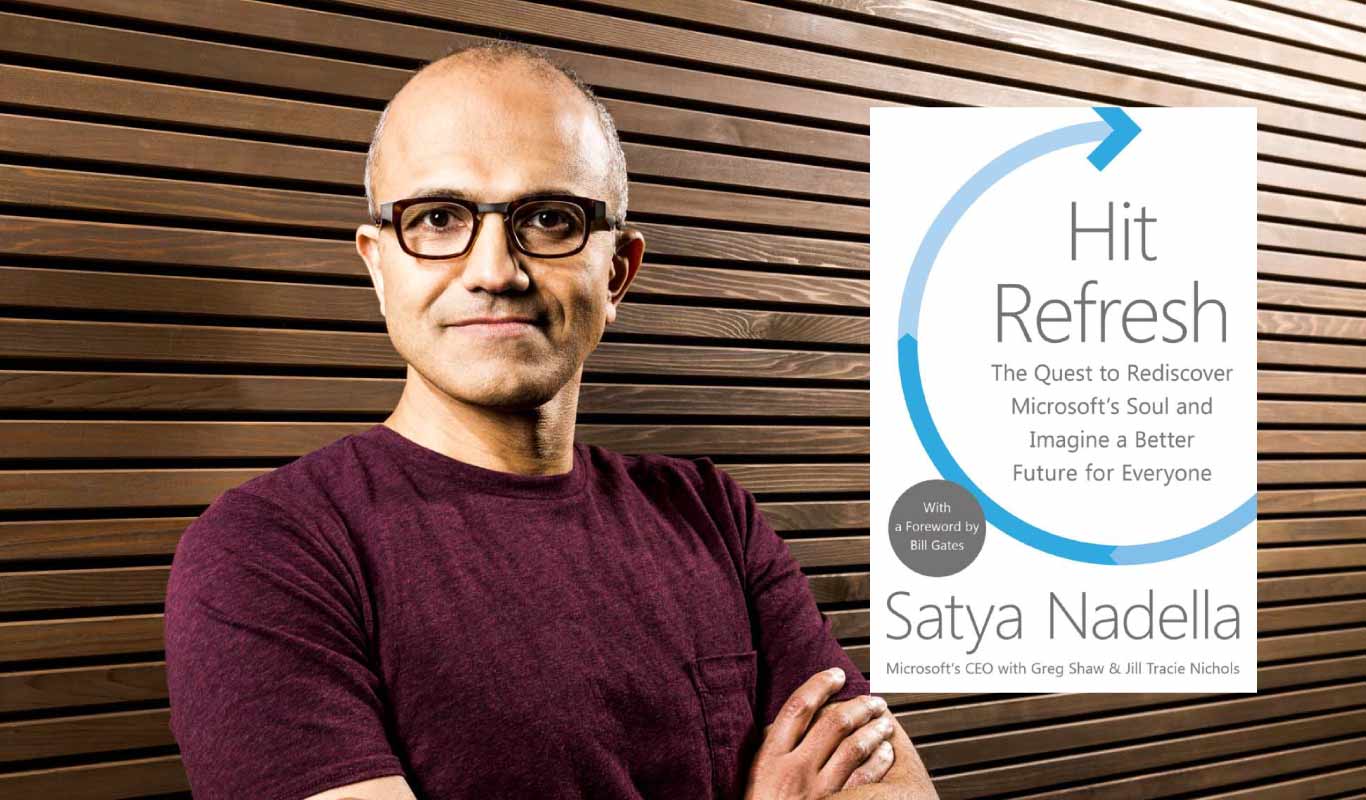 Satya Nadella is nothing short of a legend in India. Kids, men and women, all want to be him. However, known to be a fiercely private person, there isn’t much out there about the enigmatic Microsoft CEO. But his new book, Hit Refresh, is about to change that.

Part an account of Nadella himself and part about the ever-evolving culture inside of Microsoft, and the role Nadella plays in it, Hit Refresh is a rare glimpse into the young man from Hyderabad who went on to become one of the most powerful business leaders in the world.

In Hit Refresh, Nadella talks at length about his early days in India, which he says revolved around cricket, his home in Hyderabad, and his parents’ influence on him. And, in an especially poignant moment, Nadella reveals how he was once compelled to come up and follow through with an extremely risky but creative plan to be with the love of his life, his wife Anu, whom he married in 1992, the same year he started his stint at Microsoft.

For those curious to get an inside look into the workings of Microsoft as a company, this book is a treasure trove of information. The Nokia deal, the LinkedIn acquisition, and the daily happenings at the Redmond giant — it’s all in there. More importantly, however, the sitting CEO goes deep into the complete overhaul of the company and how, in essence, Microsoft rediscovered its soul.

Hit Refresh officially released at Microsoft’s Ignite conference on September 26, 2017, and is now available on Flipkart. And here’s an exciting reason you should get your copy right now here.  Head on to Flipkart’s Twitter page and participate in the #HitRefreshWithFlipkart contest to win a signed copy of Satya Nadella’s Hit Refresh!

Participate in our #HitRefreshWithFlipkart contest to win a signed copy of Satya Nadella’s “Hit Refresh”!

Asking 3 questions today for the #HitRefreshWithFlipkart contest. Answer all 3 to stand a chance to win a signed copy of “Hit Refresh”!

Q1. Keeping it easy along with a clue. Can you tell us where Satya Nadella, Microsoft’s inspiring CEO, was born? #HitRefreshWithFlipkart pic.twitter.com/0DG6RY8X4A

Q2. Be it software or hardware, Microsoft has changed the world. What's your all-time favourite Microsoft product? #HitRefreshWithFlipkart pic.twitter.com/Xc32gu3Hwy

Q3. "Hit Refresh" stresses on the importance of constantly transforming. What would you hit refresh on, in life? #HitRefreshWithFlipkart pic.twitter.com/J5atbj3zDg

0
0   0
previous Dan Brown fans, read an excerpt from Origin
next 10 books to look forward to this year. Pre-order now!