Samsung Galaxy S7, the most-awaited flagship phone of the year, is finally here and available online on Flipkart. Check out its uber-cool features… and wipe off that drool! 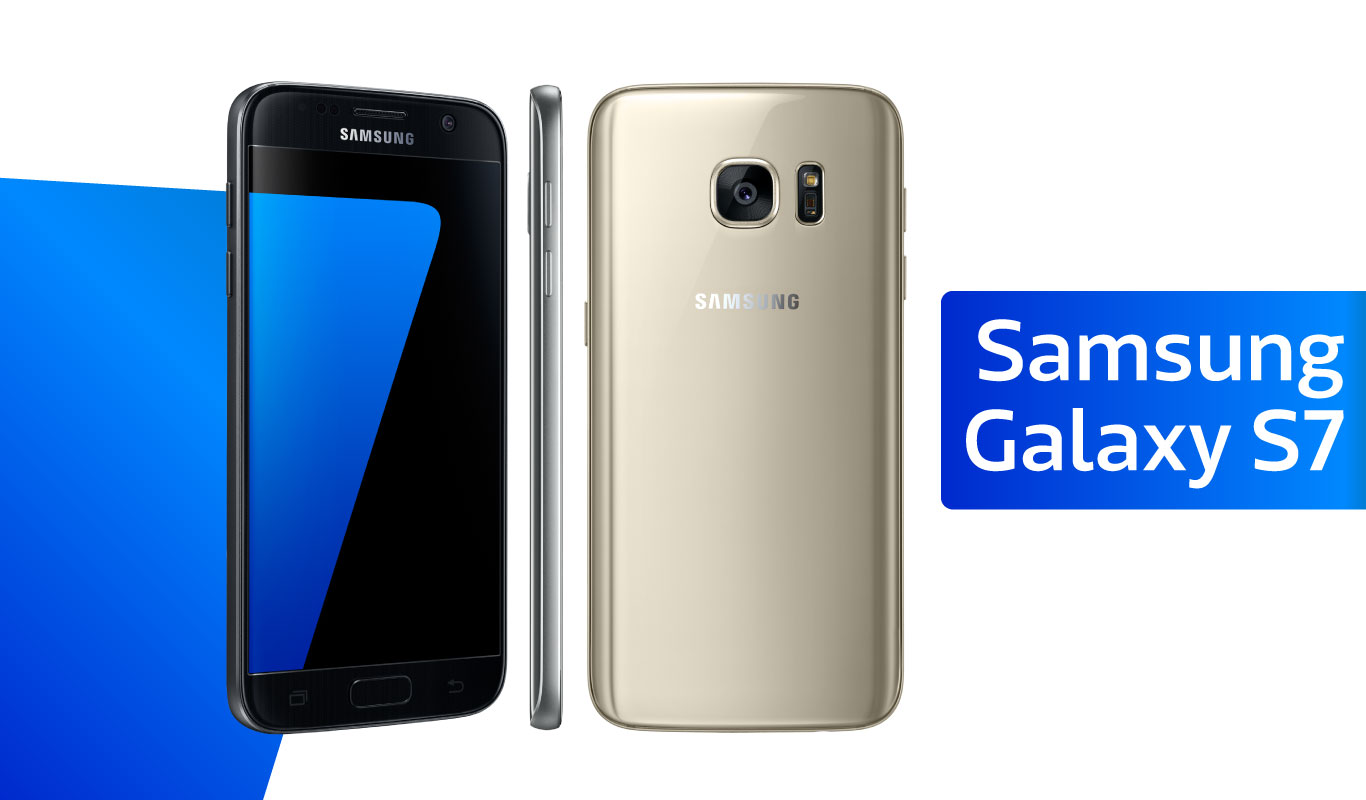 Samsung Galaxy S7, the new flagship phone from Samsung, is finally here. Tougher than nails, brighter than a diamond and sleeker than silk, the Samsung Galaxy S7 elevates the franchise to a whole new level. Announced at Mobile World Congress 2016, the latest flagship smartphone from Samsung caters to your every whim while going beyond the call of duty with both its cracking performance and its innovative svelte design. A new and improved processor meets a Quad HD Super AMOLED display, stellar battery life and improved camera with the new Dual Pixel technology—the best in the world of camera phones today! With unofficial reports claiming a whopping 17.2 million pre-orders across 60 markets, we tell you why users across the world are so excited about the Samsung Galaxy S7.

Twitter users like @amitbhawani and @Naba2276, who were anxiously awaiting the new smartphone, can now heave a sigh of relief.

Interestingly in the US, @TMobile has already early shipped the Samsung Galaxy S7 & S7 Edge today. We are still waiting here in India.

5 reasons to get the Samsung Galaxy S7

Looking for a compelling reason to take the plunge with the Samsung Galaxy S7? Whether you’re upgrading or starting afresh, here are 5 reasons to make up your mind.

Performance on the go isn’t just anything—it’s everything. The Samsung Galaxy S7 features a whopping 4 GB LPDDR4 RAM that lets you run multiple applications without worrying about glitches. What’s more? The smartphone comes with inbuilt capacity options of 32 GB and 64 GB that lets you store all the data you want. And if that’s not enough, the micro SD port supports up to 200 GB expandable storage. Whether you’re streaming full HD media or gaming to the extreme, the Samsung Galaxy S7’s hardware won’t disappoint.

The beautiful 5.1 inch with 577 ppi, Super AMOLED display does more than dazzle with its 2560×1440 resolution. With Always On functionality, you can read the time and notifications at all times without draining battery life. The 3000 mAh battery also sets new records for both heavy and casual usage times. Fast wireless charging ensures you’re always topped off in the least time possible. Optional accessories such as the wireless charging battery pack (which looks like a phone case and protects your phone like one), you can charge your phone on the go. Samsung’s new angled wireless charging stand also charges the S7 ultra fast with no wire hassles. And what’s more, it gives you the perfect angle to read notifications on your phone as it charges up!

Samsung introduces Dual Pixel sensor technology with the Galaxy S7. The 12 megapixel camera focuses faster than ever while delivering excellent low light performance. Motion Panorama fits every beautiful scene into a sprawling panorama that comes to life as you pan. With f/1.7 aperture, 1.4µm pixel size and 4K video recording, the Samsung Galaxy S7 imposes no limit on your photography desires.

The camera on the phone has got a LOT of people excited, including Twitter users @thatjazzlover and @dannahyer!

Unlike its predecessor S6, the Samsung Galaxy S7 features increased toughness, more RAM, a higher clocked processor and larger battery life. Don’t let the lower camera sensor resolution fool you— Samsung Galaxy S7’s Dual Pixel technology ensures full phase-detection autofocus for all of its pixels. This means that those low-light pictures when you’re in that dimly-lit restaurant or at that party will no longer be the norm! Features like the Always On display also won’t be heading to the Galaxy S6.

The slim and trim shell of the Samsung Galaxy S7, weighing 152 grams, can take its share of punishment. With an awesome IP 68 rating, the best of the lot, the S7 is completely dust-resistant and tested to stand up to rain, those accidental splashes of water, and submersion in water with a depth of more than 1 meter! It can event last you in the pool for that impromptu swim for 30 minutes. For the first time, you don’t have to worry about external flaps or seals. The headphone jacks and micro-USB ports are now open 24/7, even in the harshest of conditions.

Watch The Tech Ninja’s mini review of the S7 here:

In a nutshell, here’s what’s awesome about the new Samsung Galaxy S7:

What’s your favorite feature of the new Samsung Galaxy S7? Tell us in Comments below.

The Samsung Galaxy S7 Edge & Galaxy S7 is an online on Flipkart and is available for pre-booking between 8th March and 17th March 2016. Customers who book during this period will get a Samsung Gear VR worth INR 7900 absolutely free.