What do you get when you add a crystal-clear Ultra HD 4K display, immersive sound, smooth motion, and features like voice search with a built-in Android 7.0 OS to your TV? The Vu official Android TV of course! And when you add a strategic partnership with Flipkart into the mix, what you get are jaw-dropping offers and a TV experience so astounding, you wouldn’t want to take your eyes off it. 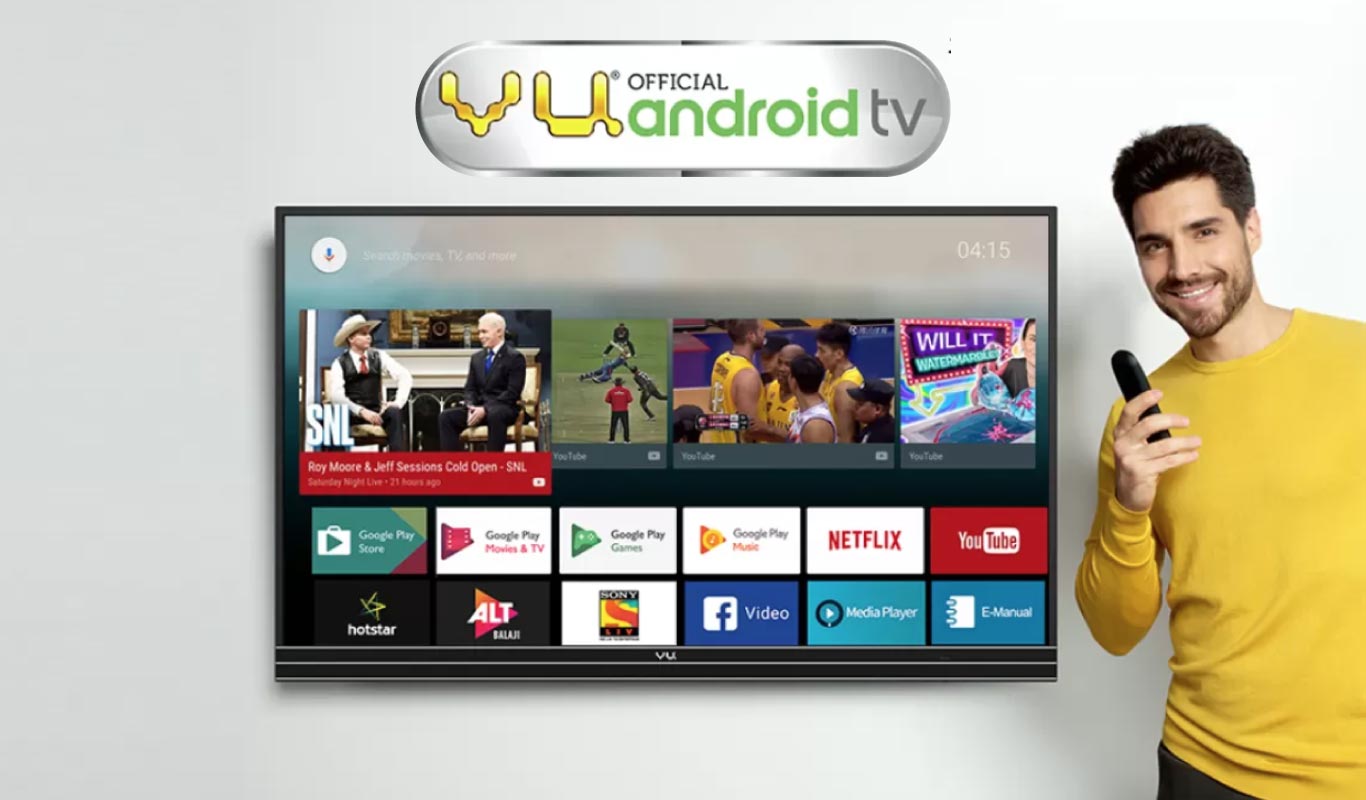 The revolutionary Vu Android TV marks yet another milestone in the fruitful Vu-Flipkart partnership.

It all began when an ambitious luxury television brand Vu decided to ramp up its game by taking brick-and-mortar-only sales strategy to the hallowed hallways of online shopping. This initiative meant shaking hands with Flipkart, India’s largest online marketplace, and today, India’s largest TV retailer. The brand’s budding growth was amplified when Vu became a Flipkart partner in 2015, and made the most of Flipkart’s insights and analytics. Soon, Vu began to redefine entertainment in Indian households offering a premium viewing experience along with sleek looks that made its audience instant fans.

Soon, history was made —  Vu sold over 35,000 televisions on Flipkart in just three days. This made it India’s fastest-selling television brand online in 2015. Crucial insights by Flipkart’s category team and learnings from its customer reviews teamed with Vu’s penchant for international quality has led to creating many benchmarks in the TV industry — the latest with Vu’s official Android TVs launched on March 13.

With a tagline chosen to emphasize the Google services available on this TV — only the second television set in India with official built-in Android — you can look forward to a revolutionary experience. Take a closer look at these official Android TVs to gain a glimpse of what may be the best entertainment package yet. 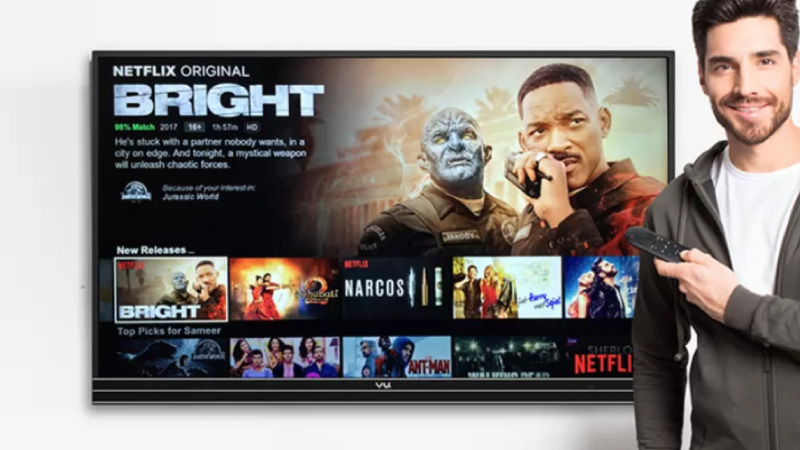 The days of having to switch between your Android phone and TV are now in the past. Turn on your Vu Android TV and gain access to Google Play Store, Google Movies/TV, Music, Google Games, YouTube and more. Additionally, you can use the Play Store to find official Indian and international apps to kick off your entertainment with style. Vu partners like Netflix, Hotstar, Facebook Video, Sony Live and ALTBalaji also offer a bevy of latest content on a platter so you can be a couch potato whenever you feel the urge!

Voice your search in 88 languages 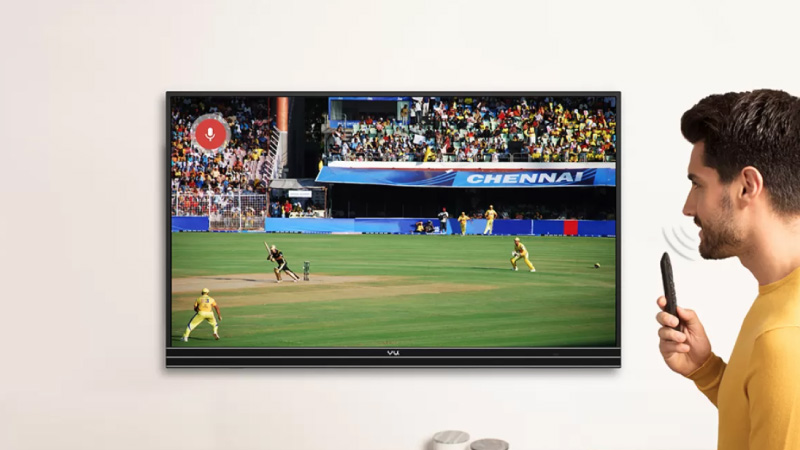 One of the most exciting features to look forward to in these Vu TVs is ActiVoice. This feature allows you to conduct effortless searches or browse through TV content using your voice. Its efficiency is amplified by its ability to do so in 88 different languages! This intelligence feature can also recommend content to you by understanding your preferences and likings. Just use the Voice Control remote and the TV will do your bidding.

Get the finest entertainment experience 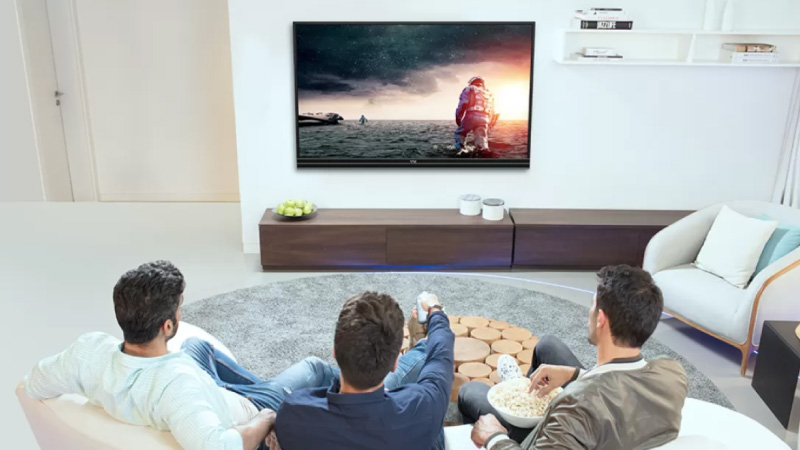 Vu has been known for its cutting-edge picture quality courtesy of its premium A+ Grade IPS Panel. Vu’s RPD labs adhere to the highest global standards, which helps them develop breath-taking 4K Upscale picture quality. DTS TruSurround™ and Dolby Digital support the inbuilt soundbar for better audio. That along with a 10+10-Watt Box Speaker maximizes your audio experience.

You can also enjoy best entertainment experience no matter where you’re seated because of its wide angle viewing feature. The TV’s MPEG Noise Reduction also removes the noise around subtitles. The Audio equalizer and headphone clarity features promise clear sound while Colour Gamut, Dynamic Contrast, High Bright Mode and Pixel Mapping contribute towards the best display experience. So, turn off the world and tune in to non-stop entertainment.

Do more with upgraded technology 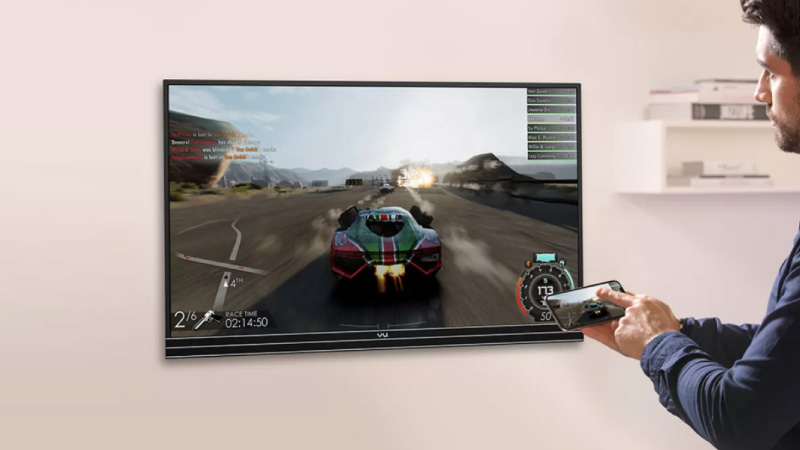 All three variants of the Vu Android TVs are based on the Android 7.0 Nougat operating system. These TVs are upgradable to Android 8.0 and have a 2.5 GB Flash and a Quad-Core Processor that is equipped with Mali T860 GPU to guarantee quick and efficient processing. The 16 GB internal storage facility leaves space for your library of favorites.

Connectivity features include WiFi & Ethernet Connectivity, Headphone Connectivity, Bluetooth Connectivity, 3 HDMI ports, 2 USB ports and HDMI ARC/CEC. The MPEG/H.264/H.265 decoder helps boost video streaming while the Chromecast feature connects your phone (Android, IOS), PC (Mac, Windows) or Chromebook to your television. So, you can cast your chosen entertainment, be it movies, TV shows, games and more, to your TV instantly.

Are you ready to Vu? 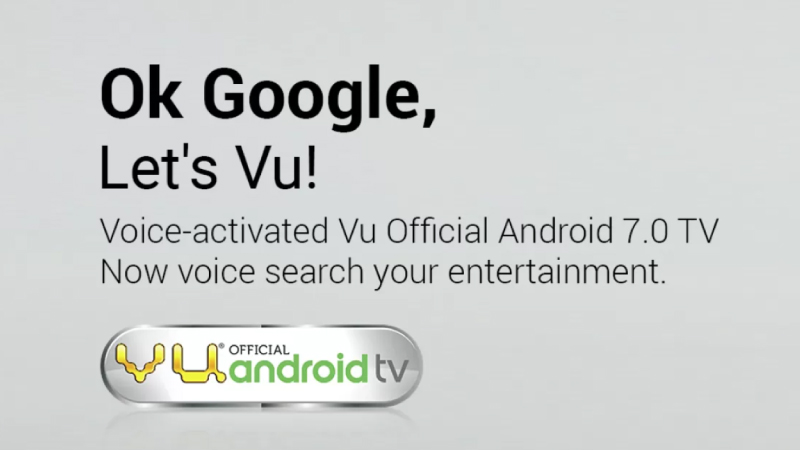 Buy this revolutionary television on Flipkart starting from March 16. Add convenience to your big buy with Flipkart’s offers. Enjoy No Cost EMIs for up to 9 months on all three variants of Vu’s Official Android TV. You can also avail up to ₹22,000 off on exchange.

With ratings upwards of 4 stars from certified buyers, this one’s sure to be the hottest entertainment purchase of the year!

Check out the video below:

Also read: How the Flipkart-VU TV partnership is redefining home entertainment in India

0
0   0
previous The idiot box just got smarter! Buy the Mi LED TV 4A series
next Adventure has a new name: The latest GoPro HERO