British-Pakistani novelist Nadeem Aslam is the author of three highly acclaimed novels. The much-awarded writer lists the 20 favorite books he has read at least twice, at various times in his life 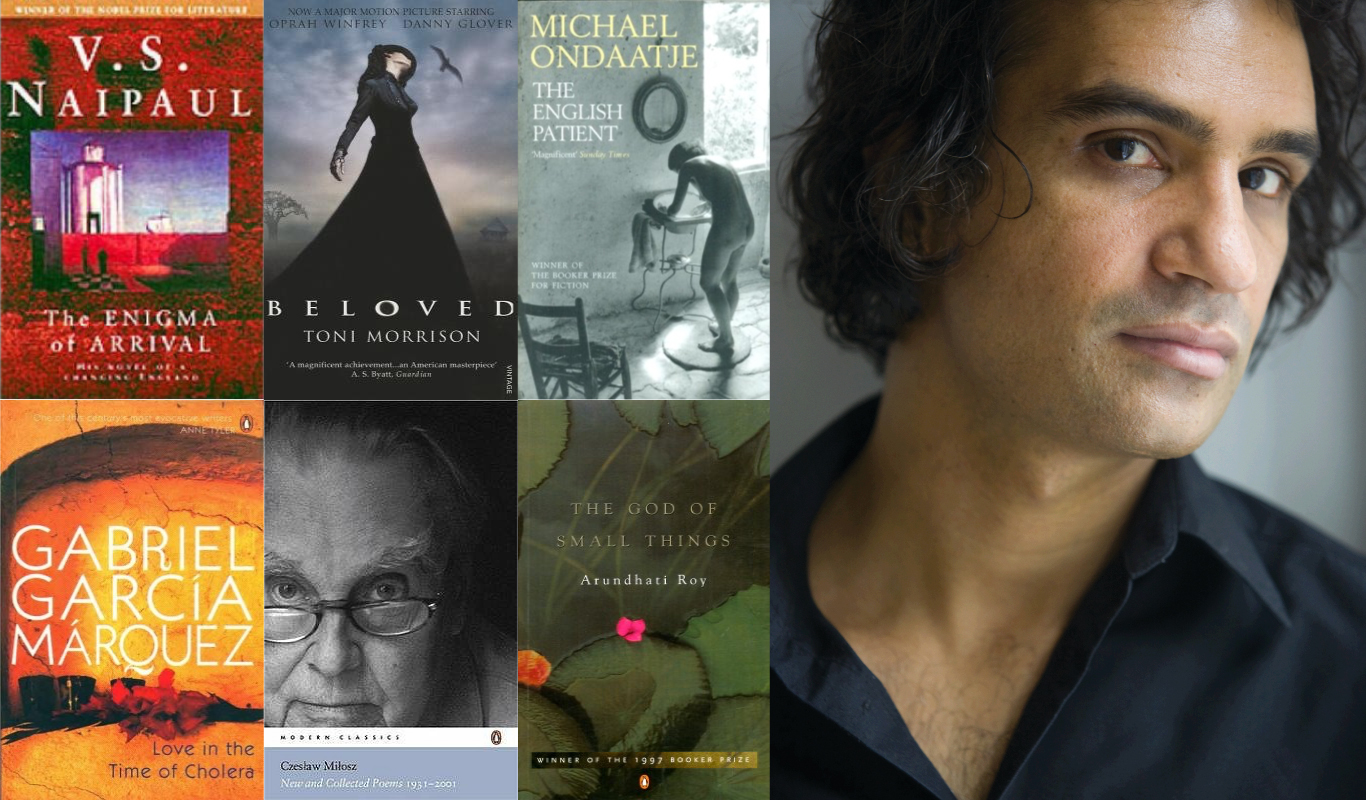 British-Pakistani novelist Nadeem Aslam is the author of three highly acclaimed novels. Season of the Rainbirds won a Betty Trask Award and was long-listed for the Man Booker Prize. Maps for Lost Lovers, winner of the Kiriyama Prize, was short-listed for the International IMPAC Dublin Literary Award and long-listed for the Man Booker Prize. It was also named a New York Times Notable Book. And, most recently, The Wasted Vigil was short-listed for the Prix Femina Étranger and the Prix Médicis Étranger. He is also the recipient of a Lannan Literary Fellowship. In 2012 he was made a Fellow of the Royal Society of Literature.

I have loved and enjoyed reading these books by Nadeem Aslam. I have always been curious as to what authors read and what compels them to perhaps classify what they read as their favorite reads over time. With this, I start this series with Aslam’s favorite 20 books published within his lifetime, each of which he has read at least twice.

The list of books that Nadeem Aslam recommends is extremely compelling. You would want to pick up each book and read it at least once. 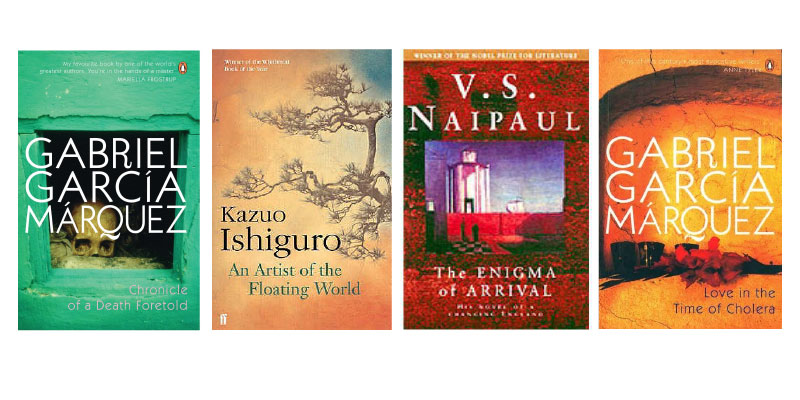 1982 – Chronicle of a Death Foretold by Gabriel Garcia Marquez

In just over 100 pages Marquez tells us everything about men, women, love, hatred, corruption and fate. It includes the great line: ‘Life resembles bad literature.’ After Jude the Obscure it is quite possibly the most despairing novel I know. And it is brilliant.

Buy Chronicle of a Death Foretold from Flipkart

1986 – An Artist of the Floating World by Kazuo Ishiguro

An old man looks back over his life – and Ishiguro builds up an indelible picture of his fears and anxieties through everyday conversations with his daughters, grandson, people in the neighborhood. There is very little description and yet you imagine each scene vividly.

Buy An Artist of The Floating World from Flipkart

A book full of long rich sentences that recall Proust, and anticipate Sebald. It made me look deeply at the English countryside I live in. I believe mercy is greater than justice; and so I do not agree with Naipaul’s political outlook, but having read everything he has ever published I think this is one of his enduring works.

Buy The Enigma of Arrival from Flipkart

1987 – Love in the Time of Cholera by Gabriel Garcia Marquez

A story about love and other diseases of the flesh. A book full of nouns – river, parrot, ship, almonds… This is the master at the height of his powers, naming the world into being. Everything Marquez touches becomes magical: if he were to remove the frame from around a mirror, the mirror would most certainly flow down the wall like water.

Buy Love in the Time of Cholera from Flipkart 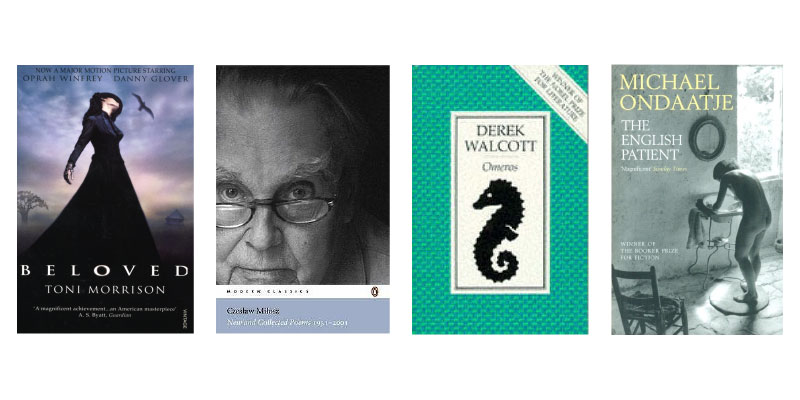 There are subjects on which the world maintains a silence closely resembling sin. Beloved speaks about one such sin. It is a terrifying book, and yet it makes rapturous eloquent use of the sky and land and tree and food and clothing. Beyond everything else it’s a book about how people talk: the dialogue is musical, elastic, by turns funny and serious. Dazzling.

1988 – The Collected Poems of Czeslaw Milosz

In any crisis I turn to Milosz. What to do when you have to accept a savage emotional wound? Where to find the courage to trust another human being after betrayal? When you want to know how you deserve such a fate? Milosz’s verses address something that remains mysteriously inconsolable within me.

Walcott – one of the greatest poets in the English language – relocates Homer to the Caribbean, because the past belongs not just to those who created it – it belongs to everyone, everywhere. So the Greek heroes become poor fishermen and Helen is a servant girl. It is profound, beautiful and endlessly inventive. It’ll even break your heart.

1992 – The English Patient by Michael Ondaatje

The first 120 pages of this book are the holiest pages I know – prose whose beauty eases the poverty of the world; startling images; and characters you care about like your family. The book speaks of love and lovelessness, about the acceptance of loss, and how compared with love almost everything in life is easy.

Buy The English Patient from Flipkart 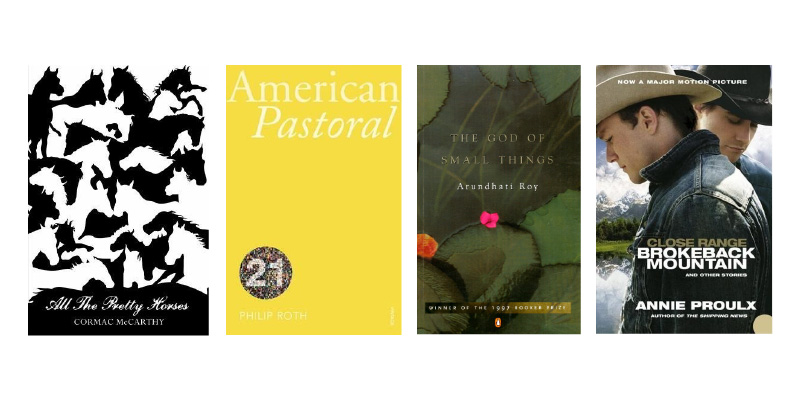 Most people behave badly because they ask too little of themselves. In these books McCarthy – who is one of my great loves – writes about very young men hurled into unknown landscapes, a world frequently absent of radiance. They survive or they die – but they hold onto their integrity, because only the gentle are ever really strong. And McCarthy’s prose is the closest thing I know to an electric shock. It is energy made visible; what Saul Bellow called ‘life giving and death dealing sentences.’

Buy All the Pretty Horses from Flipkart

From the first sentence on this is a funny, serious, and frightening book – the story of a man at the end of his tether. Dirty, ugly, fearing the loss of his sexual prowess, Sabbath wanders around New England and New York like Shakespeare ranting at street corners, screaming the song of the land.

A book about a man whose daughter is a terrorist, and how he tries to hold onto the ideas of justice and dignity when the smell of blood is in the air and it’s the age of prominent madmen. I disagree strongly with the political stance of this book, but as a novel it contains some of the most intense dramatic scenes in recent years.

A novella from the Urdu master of Lukhnow. A man steals a bird from his employer’s menagerie for his little daughter. This is a heart-quickening tale. I don’t think I understand all of its mysteries but perhaps that is how it should be; if you see a statue of a veiled maiden, you mustn’t try to chisel off the veil in the hope of uncovering the face underneath.

1997 – The God of Small Things by Arundhati Roy

The key text about all of India’s yesterdays and todays. It is almost elemental. There are a 100,000 miles of blood vessels in a human body, and every drop of blood in mine is grateful to Arundhati Roy for having written this. By turns sorrowing and ecstatic, it possesses a touch that has a sting of starlight to it.

Buy The God of Small Things from Flipkart

Not only a painful love story, but also a fierce attack on the economic disparities within the USA. From its astonishing and brilliant first paragraph onwards, Proulx tells us that the two lovers are foredoomed not solely because they are homosexual in an unforgiving landscape, but because that they are poor, men who cannot really afford luxuries like love. The need to make a living and support their families is also what keeps the two men from coming together. 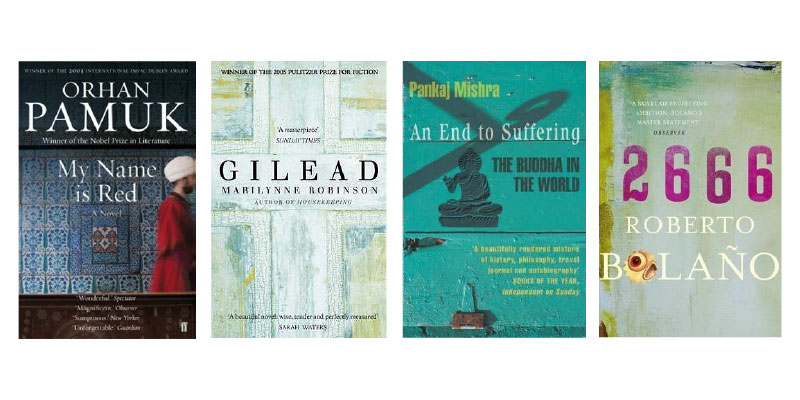 The greatest book by the one of the very greatest novelists of our time. A murder mystery, a monograph on miniature painting, a love story, a rich and subversive inquiry into the past. Its heroine, Shekure, is one of the best portraits of a woman from the Islamic world that I know.

Buy My Name Is Red from Flipkart

The letter an old priest writes to his very young son, who will not read it until long after the priest is dead. Every single paragraph of this book is full of quiet wisdom – as though a form of music has been found to express silence.

Pankaj Mishra’s writing is what I turn to first when I need to make sense of the world. And this book is one of the loveliest and most serious meditations on what Buddha brought into the world.

Buy An End to Suffering: The Buddha in the World from Flipkart

2007 – The Collected Stories of Intizar Hussein

Exactly 50 years’ worth of stories from the Pakistani master. Read sequentially, these stories chart every single social, historical and cultural event Pakistan has been through in the last half century. Magnificent.

The third world novel as it should be written today – post Naipaul, post Marquez. Part 4 of this book alone should ensure Bolano’s place among the immortals. Please read it.

How many of these books that shaped the writing of Nadeem Aslam are your favorite books? Tell us in a comment.

Do you love books so much that you can’t wait for them to reach the bookstores? Check out this list of titles that you can — and should — pre-order on Flipkart!