16 Man Booker Prize winners you should have on your bookshelf

In the literary world, it doesn’t get more prestigious than The Man Booker Prize. If you’re on the hunt for splendid reads to add to your bookshelf, take a look at titles that have won the award over the years. They’re moving, memorable and excellent examples of a well-crafted story. 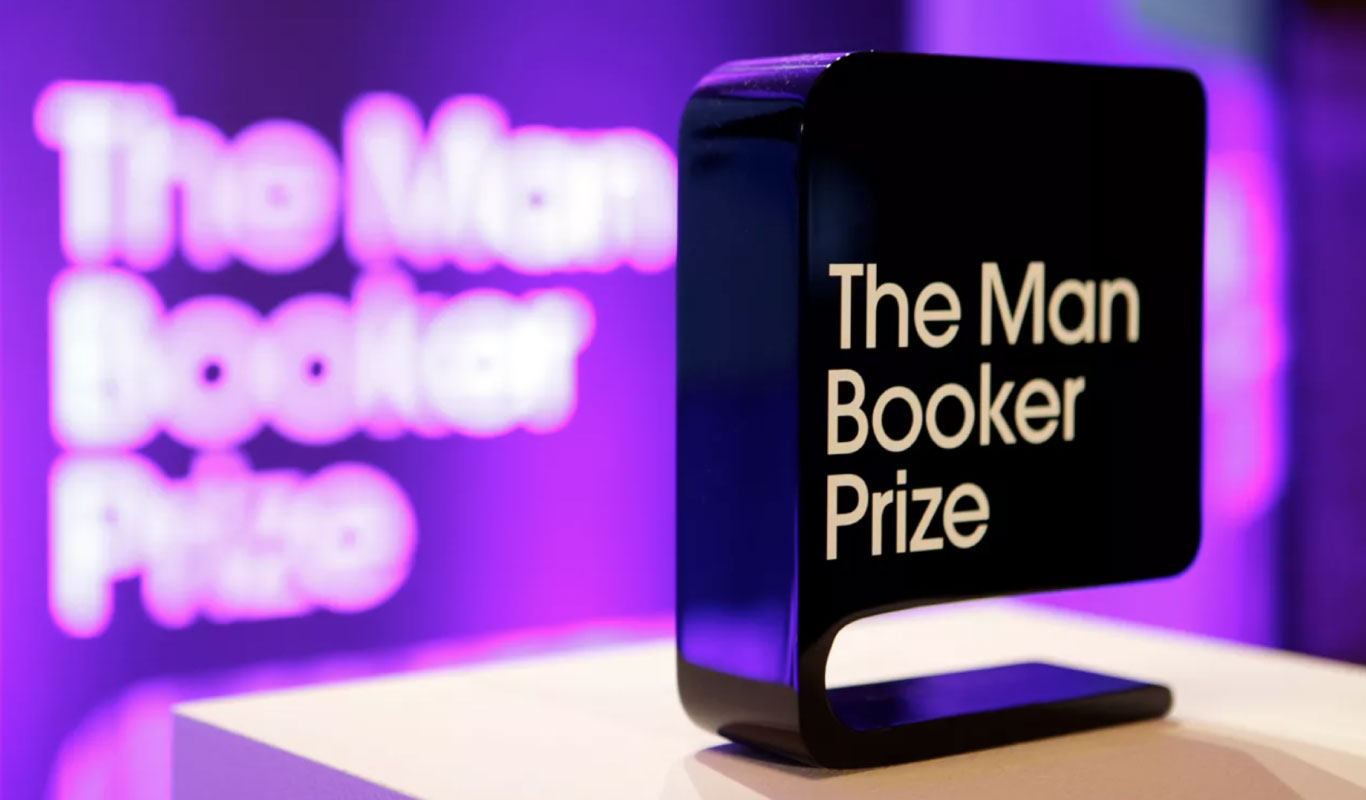 The Man Booker Prize 2017 has been announced! Lincoln in the Bardo by George Saunders has taken the honors this year. This first novel by Saunders is about the iconic US President Abraham Lincoln and the death of his eleven-year-old son Willie, at the dawn of the American Civil War. Even as readers, authors and literary critics soak in the news, you can immerse yourself in books that have been in the Booker buzz. Whether it is a title from this year’s shortlist, or one of the winners from the past, these books are perfect for the voracious readers’ insatiable appetite. 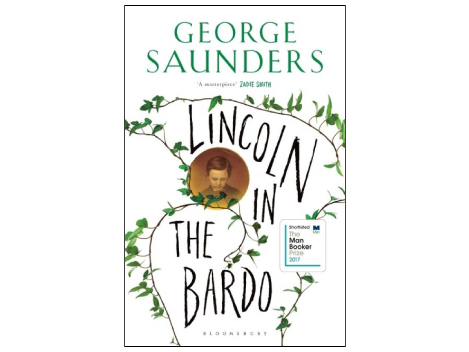 The Man Booker Prize announced its winner on October 17. Here are some notable winners since the turn of the century.

The Sellout, Paul Beatty, winner of The Man Booker Prize 2016 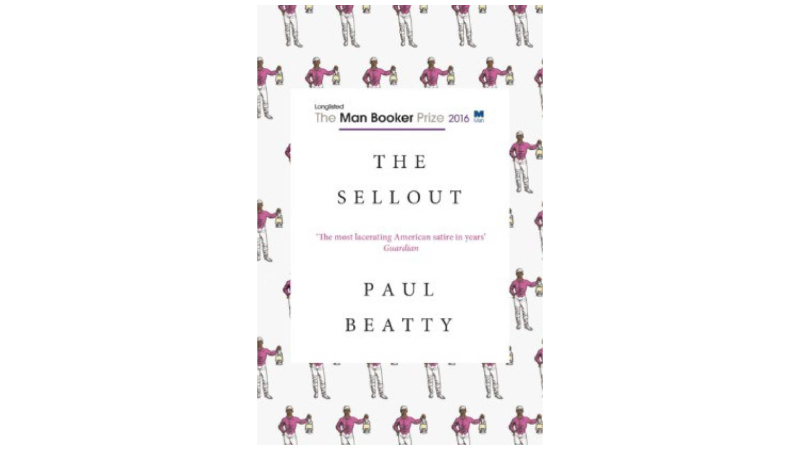 A racial satire set in 1960s California, USA, The Sellout is provocative yet full of humor. It takes a good, hard look at America’s deep-rooted racism issues and that of slavery. While the subject seems grim, this novel is anything but. It is sharp and entertaining. 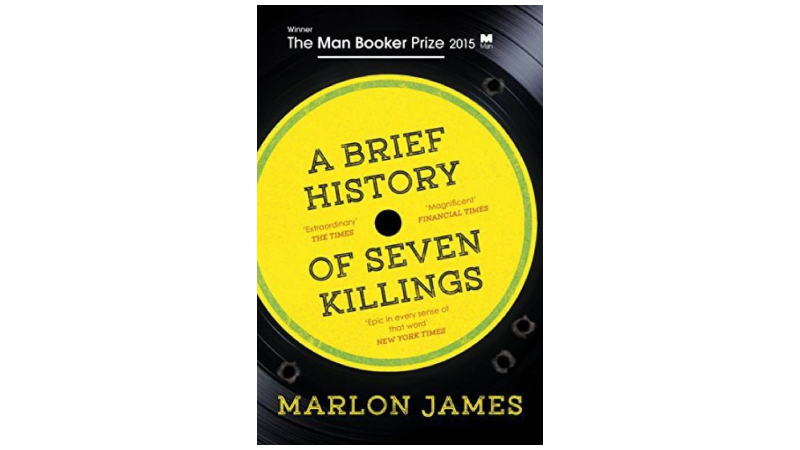 An effortless blend of fact and fiction, A Brief History of Seven Killings is a great pick for readers who love their share of mystery. It is based on the attempted assassination of Bob Marley in Jamaica and delves into subjects such as the CIA’s involvement in Jamaican politics and gang wars to paint a picture of the Caribbean in the 1970s and 1980s.

The Narrow Road to the Deep North, Richard Flanagan, winner of The Man Booker Prize 2014

Set in the Japanese PoW camp on the Burma Death Railway, this book is inspired by author Richard Flanagan’s father’s life as a prisoner in the camp. Written over 12 years, this novel is moving, rich in detail and a true labor of love.

The Luminaries, Eleanor Catton, winner of The Man Booker Prize 2013 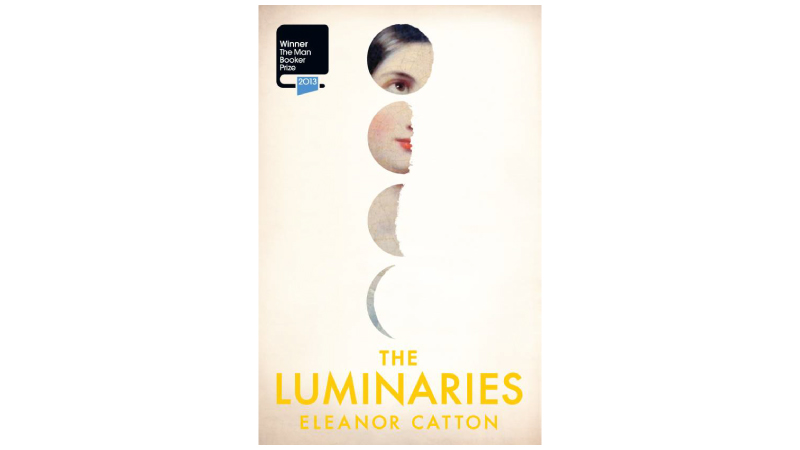 It’s not very often that you come across a novel set in New Zealand in the 1860s. The historical suspense novel featuring a fortune-teller, jailer, opium trafficker and politician (among others) won its author The Man Booker Prize when she was just 28 years old!

Bring Up the Bodies, Hilary Mantel, winner of The Man Booker Prize 2012 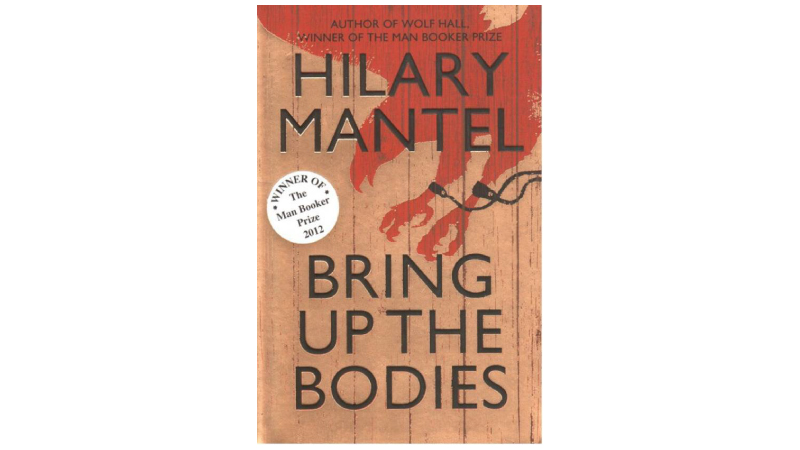 A sequel to Wolf Hall, which won the author The Man Booker Prize in 2009, Bring Up the Bodies, is a well-paced, stylistic and a superlative historical novel. If you’re weary of the genre, picking up these books is a must for a change of heart!

The Sense of an Ending, Julian Barnes, winner of The Man Booker Prize 2011 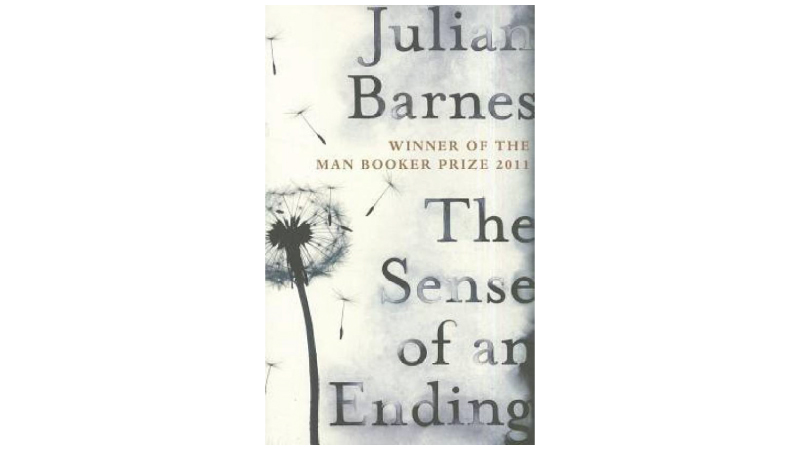 Julian Barnes is revered for his portrayal of human emotions and The Sense of an Ending combines this with an element of thrill. It’s about a Toby, a retired man who receives a legacy of £500 from his ex-girlfriend’s mother, whom he’s met just once, 40 years previously. What follows is a trip down memory lane as Toby reconnects with his ex-girlfriend and their friend Adrian. 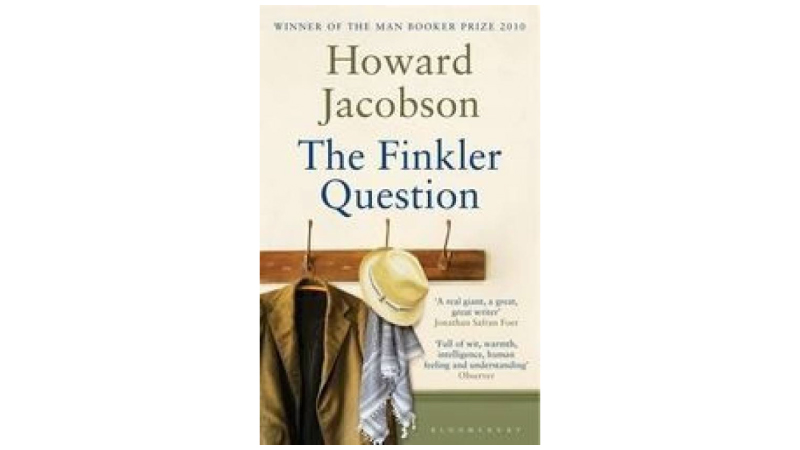 Equal parts humorous and insightful, The Finkler Question is about three Jewish friends. Jacobson’s forte is writing comic novels starring Jews and people of Jewish background, which makes this book a must-read. While the book is witty and absolutely entertaining, it also has a sublime message. 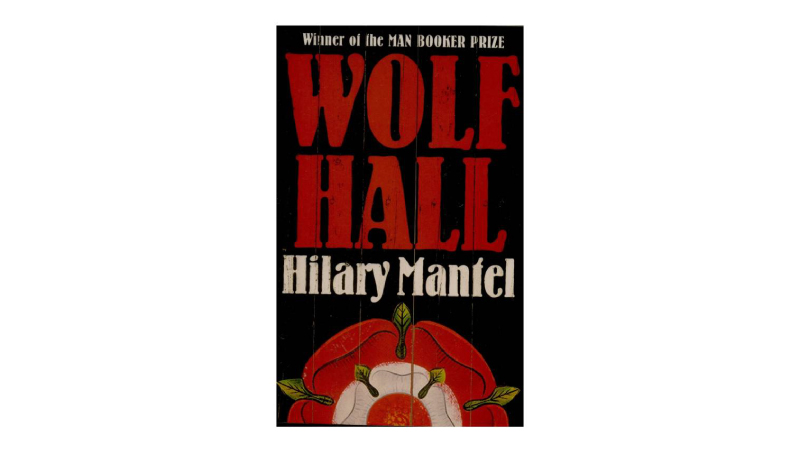 Before Hilary Mantel won the Booker Prize for Bringing Up the Bodies, she wrote Wolf Hall, the prequel that won her the Man Booker too. The first of a trilogy, this book is about Thomas Cromwell, Henry VII’s adviser. Through his point of view, you get a view of history from 1500 to 1535. Moreover, the novel’s refreshing use of modern language juxtaposes superbly against its historical foundation. 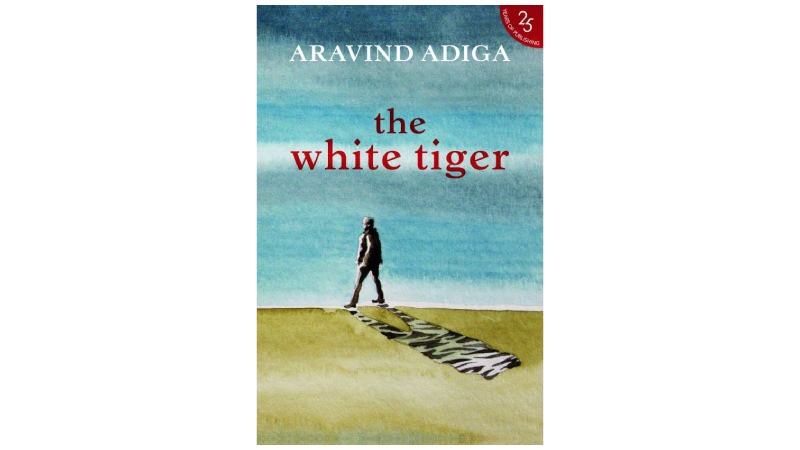 Based in present-day India, this book is a story of Balram, the son of a rickshaw-puller who will go to extreme lengths to rid himself of the poverty he was born into. Chronicling Balram’s brutal journey from a driver to a powerful entrepreneur, the book is an action-packed commentary on modern India.

The Gathering, Anne Enright, winner of The Man Booker Prize 2007

If you appreciate family sagas, this one from Anne Enright is right up your alley. Liam Hegarty dies in what seems to be an accident, but Veronica, his sister, is sure that the truth is something far murkier. Something happened in their grandmother’s home in 1967 and this story, that speaks about three generations of the Hegarty family, aims to uncover it.

The Inheritance of Loss, Kiran Desai, winner of The Man Booker Prize 2006 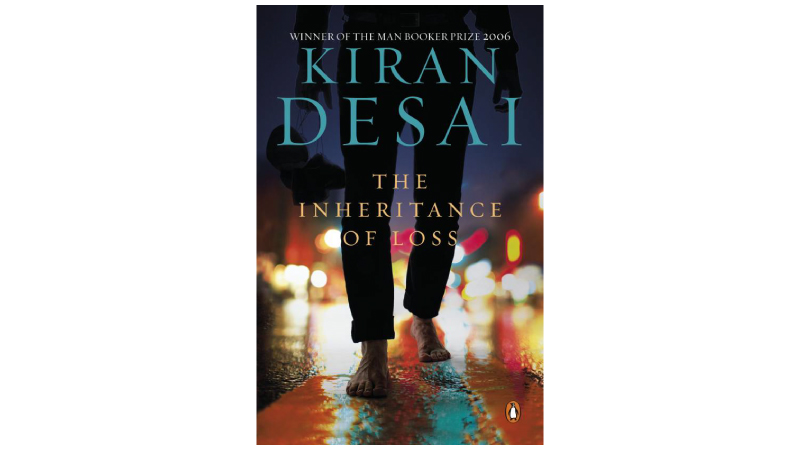 Kiran Desai’s second novel won her The Man Booker Prize, and for good reason too. The book is set in Kalimpong, North-East India, and traces the journey of multiple characters that strive to migrate to America to escape India’s ingrained class system.

The Sea, John Banville, winner of The Man Booker Prize 2005 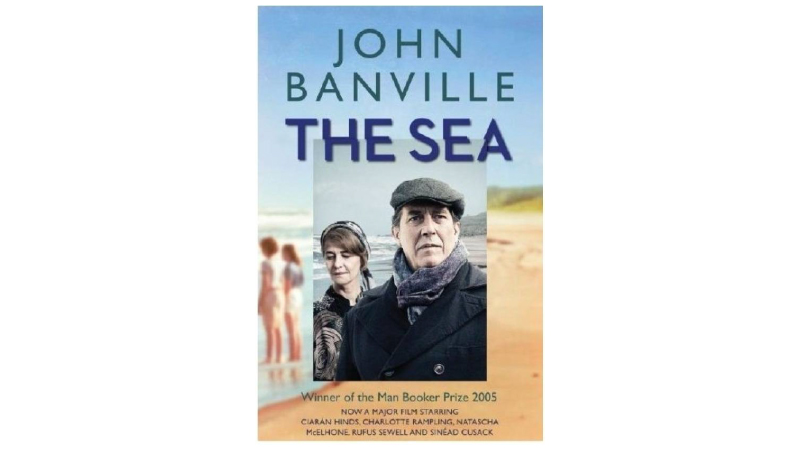 The Sea is about Max Morden, a widowed art historian who returns to Ballyless, a seaside town he remembers vividly from his adolescent years. He goes to the town to mourn his wife’s death, but ends up renting a room at a lodge run by the Grace family. As unpleasant memories from four decades ago surface once again, Morden juggles his grief with trauma from the past.

The Line of Beauty, Alan Hollinghurst, winner of The Man Booker Prize 2004 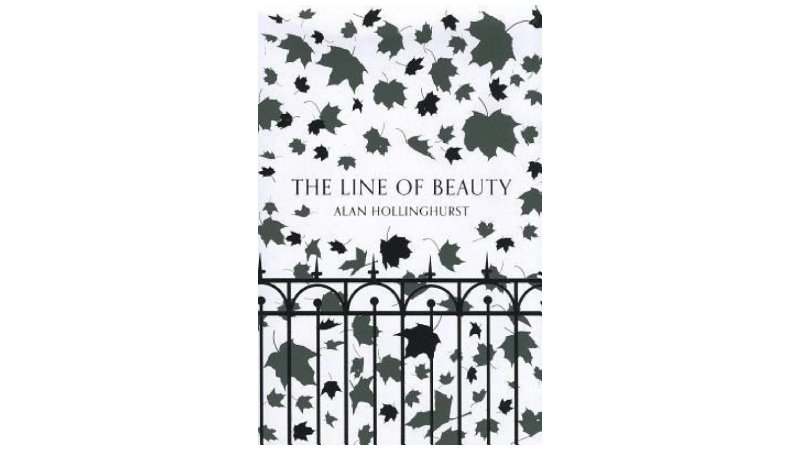 If you like your fiction with a dose of caustic humor and heaps of style, The Line of Beauty is what you should read next. The novel created quite a stir for its graphic depiction of gay identity, culture and life in the England of the 1980s. 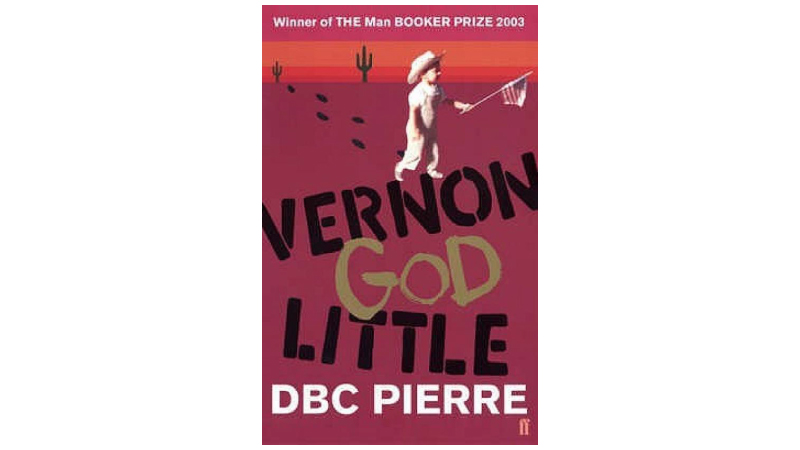 Fifteen-year-old Vernon’s best friend has shot 16 of their classmates, along with himself, and the town finds their scapegoat in Vernon. Although it sounds morbid, this novel is anything but. The witty writing will have you chuckling, even if you didn’t mean to! 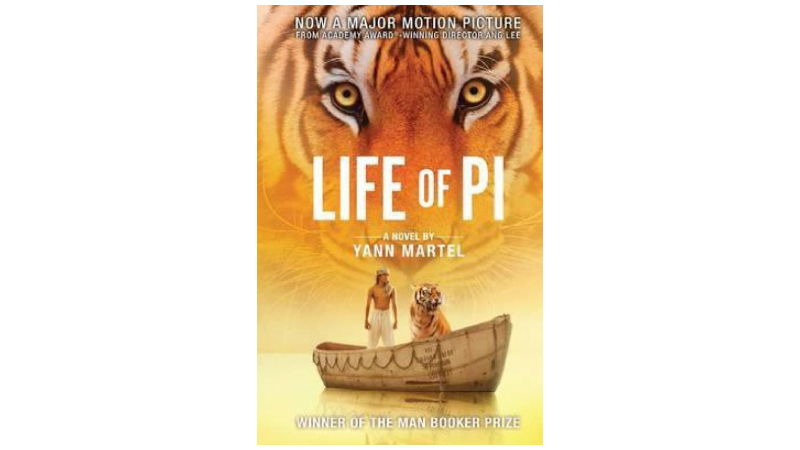 Life of Pi is a spectacular fantasy novel  about a teenager, marooned in the ocean on a lifeboat, with a tiger for company. The book follows the journey of the two characters as they sail through the Pacific Ocean for over 200 days.

Ned Kelly was an Australian outlaw and continues to be one of Australia’s most well-known bushrangers. Like many before him, Peter Carey tells the story through this book. Ned narrates his journey through a series of letters that he is writing to his unborn daughter. Whether you read it for its unusual language or for a peek into the life of Australia’s Robin Hood, don’t miss out on this one. 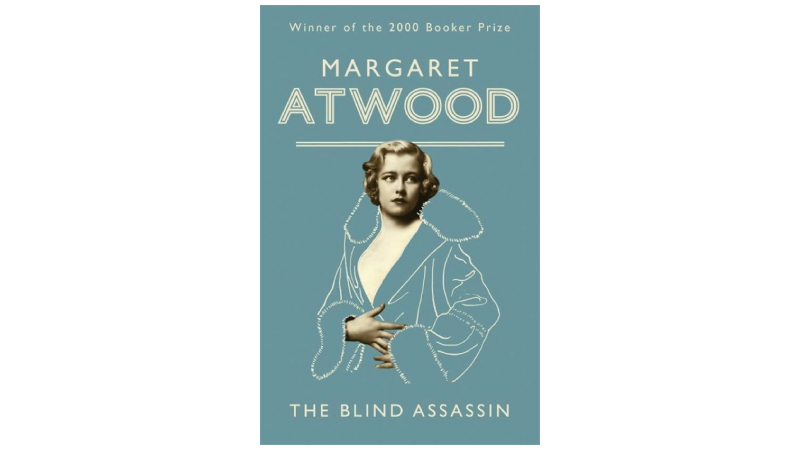 If the best of literary fiction is what you’re after, this roundup of the best Man Booker Prize titles is just what the doctor ordered. We’re sure you can’t wait to bury your nose in one or more of these titles!

0
0   0
previous What can kids learn from Indian epics? Ask Devdutt Pattanaik
next Relive the Hogwarts magic with these Harry Potter illustrated editions 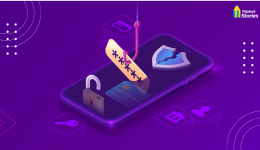