Kazuo Ishiguro recently became the newest entrant into the elite group of extraordinary authors and poets awarded the Nobel Prize for Literature. From Rabindranath Tagore and Thomas Mann to Alice Munro and Kazuo Ishiguro, here’s a list of 10 Nobel Laureates of incomparable literary stature you should read post-haste. 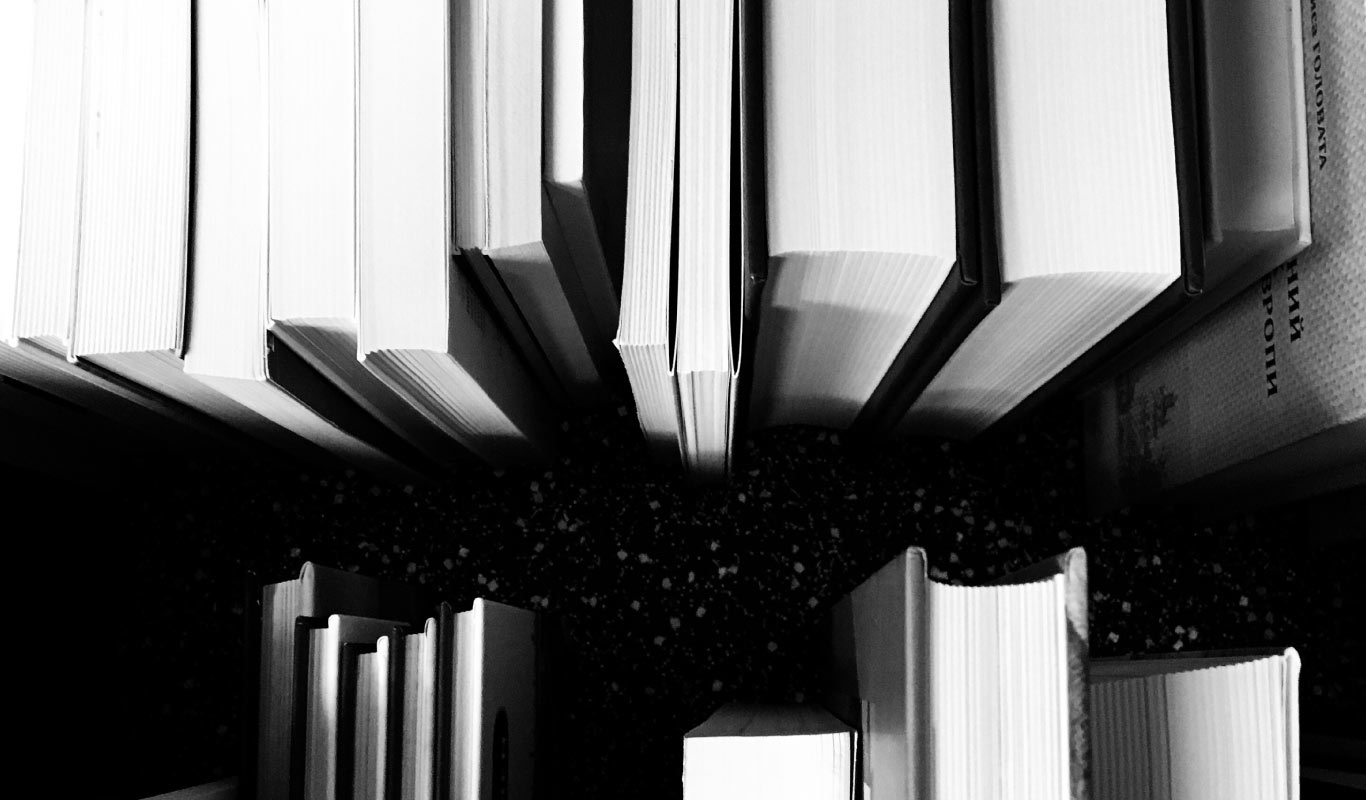 The 114th person to win the prestigious Nobel Prize for Literature, Kazuo Ishiguro, an English national who is Japanese by birth, has garnered great acclaim over almost 40 years of stellar work. He joins the ranks of writers like Ernest Hemingway, Pablo Neruda, Doris Lessing and Toni Morrison who have produced works of beauty and art, inspiring millions across the globe. Here are 10 Nobel Laureates, including Ishiguro, whose transformative novels should be on your reading list. 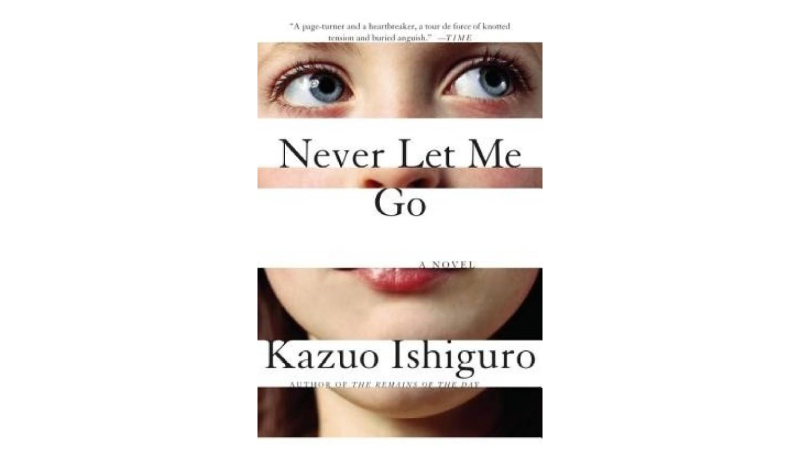 “I keep thinking about this river somewhere, with the water moving really fast. And these two people in the water, trying to hold onto each other, holding on as hard as they can, but in the end it’s just too much. The current’s too strong. They’ve got to let go, drift apart. That’s how it is with us. It’s a shame, Kath, because we’ve loved each other all our lives. But in the end, we can’t stay together forever.”

Written in the first person, Kazuo Ishiguro’s novels feature a peculiar and unreliable narrator. His works tend to center around a traumatic event in the lifetime of the narrators, changing them forever. Read his work and you’ll see how Japanese sensibility melds beautifully with English prose.

His Nobel Prize citation states that he was awarded the honor because he is someone “who, in novels of great emotional force, has uncovered the abyss beneath our illusory sense of connection with the world.” 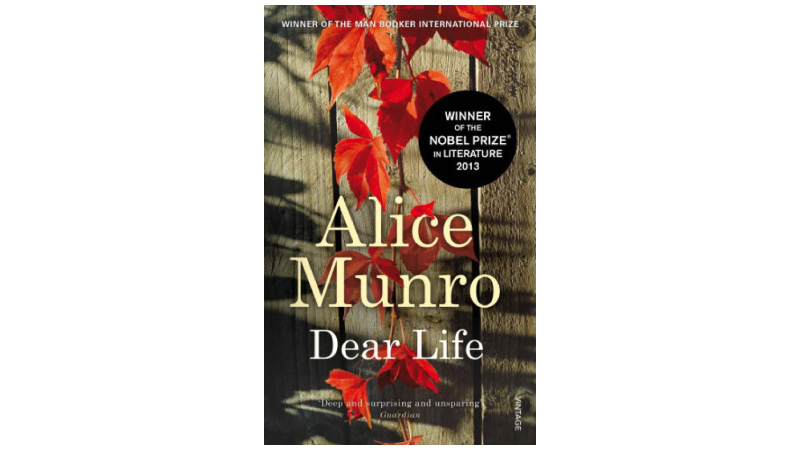 “Things have changed, of course. There are counsellors at the ready. Kindness and understanding. Life is harder for some, we’re told. Not their fault, even if the blows are purely imaginary. Felt just as keenly by the recipient, or the non recipient, as the case may be.
But good use can be made of everything, if you are willing.”
―  Dear Life

Alice Munro’s moving, impactful stories explore emotional complexities of the human mind with an approach that is both effortless and effective. Born in Ontario, Munro uses small-town Canada as the backdrop and a silent yet evocative character of her narratives. Her Nobel Prize citation describes her as a “master of the contemporary short story.” 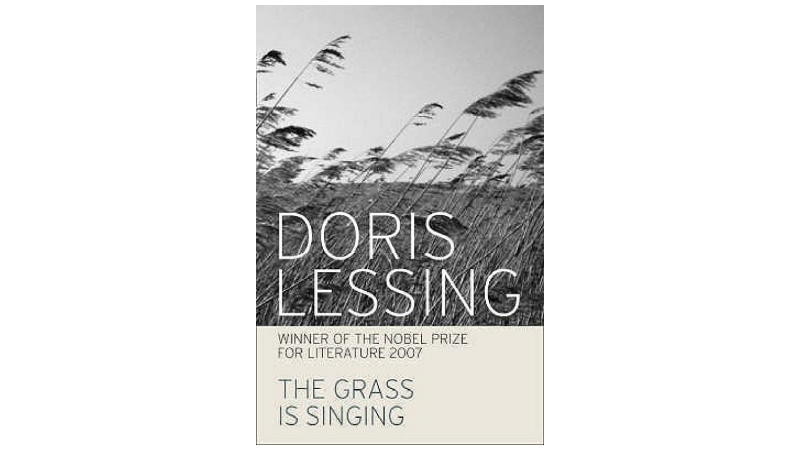 “If she had been left alone she would have gone on, in her own way, enjoying herself thoroughly, until people found one day that she had turned imperceptibly into one of those women who have become old without ever having been middle aged: a little withered, a little acid, hard as nails, sentimentally kindhearted, and addicted to religion or small dogs.”

— The Grass is Singing

Lessing’s perceptions into sex, power, and society reveal her as a hard-hitting writer who has covered an enormous range of topics — from outer space and Sufism to the nuclear holocaust and cats. Her The Golden Notebook is an all-time favorite of Barack Obama, the former US president.

Her Nobel Prize citation describes her “that epicist of the female experience, who with scepticism, fire and visionary power has subjected a divided civilisation to scrutiny.” 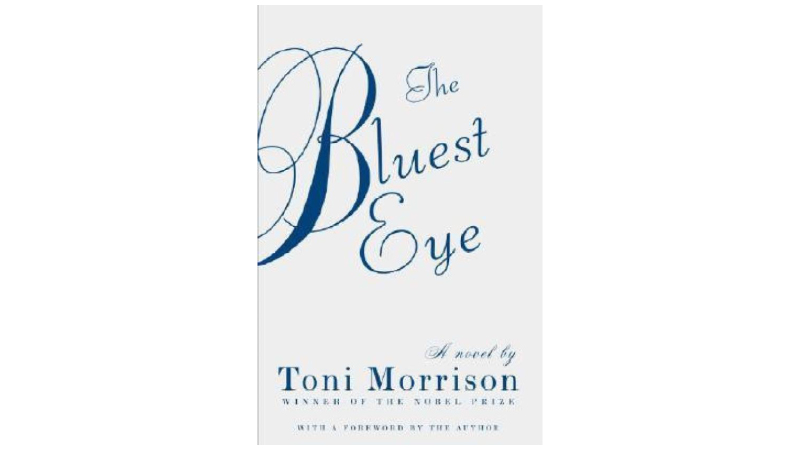 “She looks up at him and sees the vacuum where curiosity ought to lodge. And something more. The total absence of human recognition-the glazed separateness.”

Known for her unique use of language, Toni Morrison experiments with descriptive analogies, varied sentence structures, and important historical references. Her work is highly-detailed, gritty, and poetically raw. Her Nobel Prize citation describes her as an author “who in novels characterized by visionary force and poetic import, gives life to an essential aspect of American reality.” 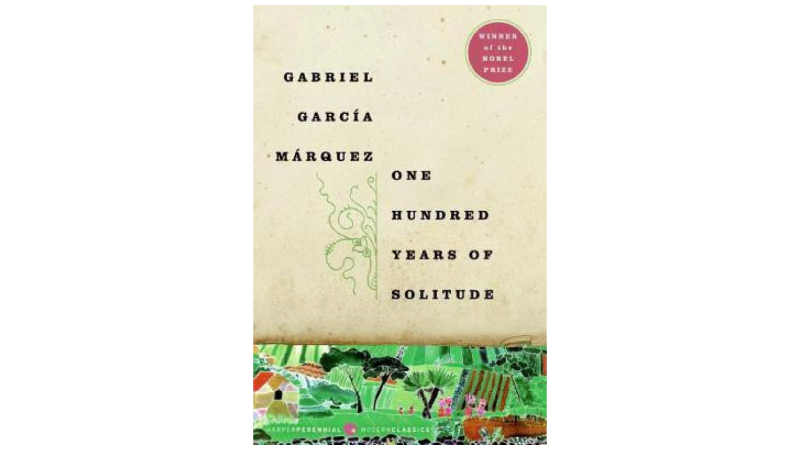 “Madly in love after so many years of sterile complicity, they enjoyed the miracle of loving each other as much at the table as in bed, and they grew to be so happy that even when they were two worn-out old people they kept on blooming like little children and playing together like dogs.”

—One Hundred Years Of Solitude

One of the most influential writers of the 20th century, Marquez’s use of magical realism beautifully blurs the lines between reality and fantasy. His lilting style coupled with long and descriptive sentences appeals to readers of all ages. His Nobel Prize citation reveals that he was awarded “for his novels and short stories, in which the fantastic and the realistic are combined in a richly composed world of imagination, reflecting a continent’s life and conflicts.” 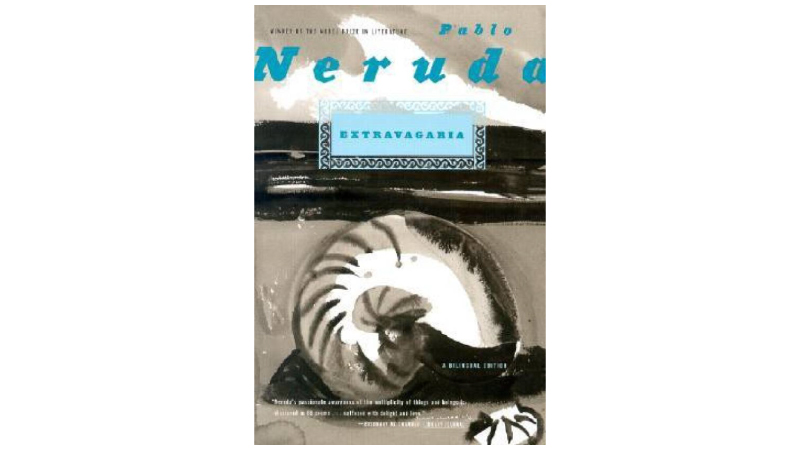 “If we were not so single-minded

about keeping our lives moving

and for once could do nothing,

of never understanding ourselves

and of threatening ourselves with death

Perhaps the world can teach us

as when everything seems dead

but later proves to be alive.”

Pablo Neruda’s poems are vibrant and original without compromising on subtlety, elegance and sheer rhythm. His poignant thoughts on love and life are hauntingly beautiful. He was awarded the Nobel Prize “for a poetry that with the action of an elemental force brings alive a continent’s destiny and dreams.” 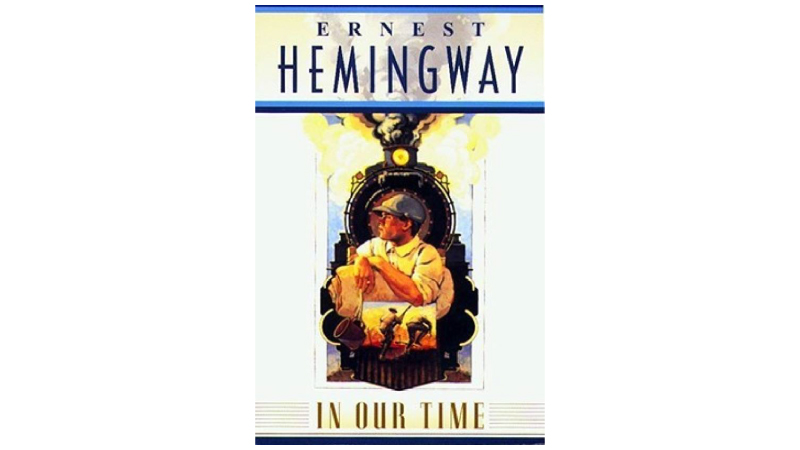 Hemingway’s writing style is greatly influenced by his journalistic career. It is simple, direct, and covers all the technical and strategic aspects of his craft. His Nobel Prize citation reveals that he was chosen “for his mastery of the art of narrative, most demonstrated in The Old Man and the Sea, and for the influence that he has exerted on contemporary style.” 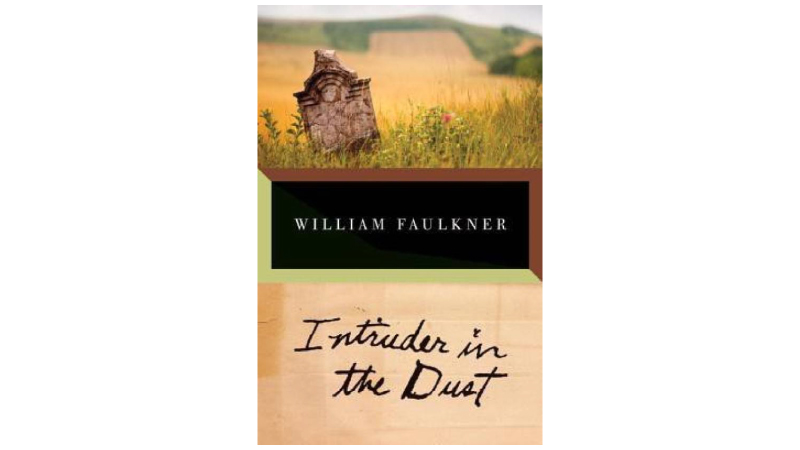 “Some things you must always be unable to bear. Some things you must never stop refusing to bear. Injustice and outrage and dishonor and shame. No matter how young you are or how old you have got. Not for kudos and not for cash: your picture in the paper nor money in the bank either. Just refuse to bear them.”

—Intruder in the dust

Faulkner’s intentionally haphazard way of writing stories is difficult to understand, but many critics admire its mysterious and creative outcomes. His work is equal parts entertaining and captivating. He won the Nobel Prize “for his powerful and artistically unique contribution to the modern American novel.” 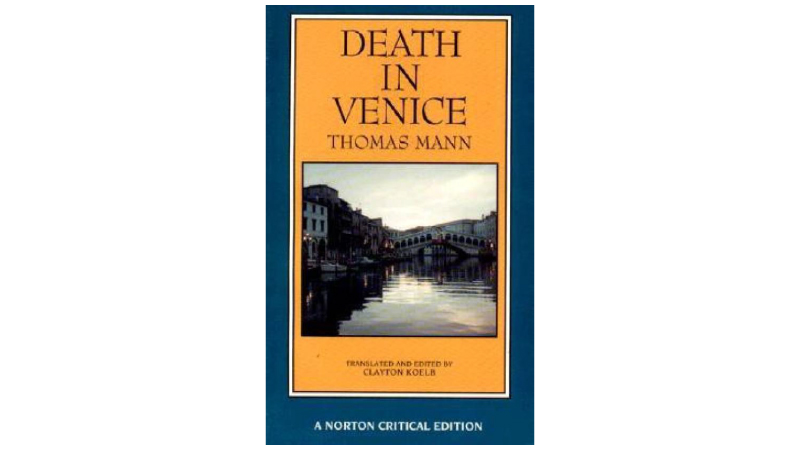 “A lonely, quiet person has observations and experiences that are at once both more indistinct and more penetrating than those of one more gregarious; his thoughts are weightier, stranger, and never without a tinge of sadness… Loneliness fosters that which is original, daringly and bewilderingly beautiful, poetic. But loneliness also fosters that which is perverse, incongruous, absurd, forbidden.”

Mann’s style of writing is at once humorous and filled with irony and satire. His work suggests a comprehensive and meaningful approach to each topic. He became a Nobel Laureate “principally for his great novel, Buddenbrooks, which has won steadily increased recognition as one of the classic works of contemporary literature.” 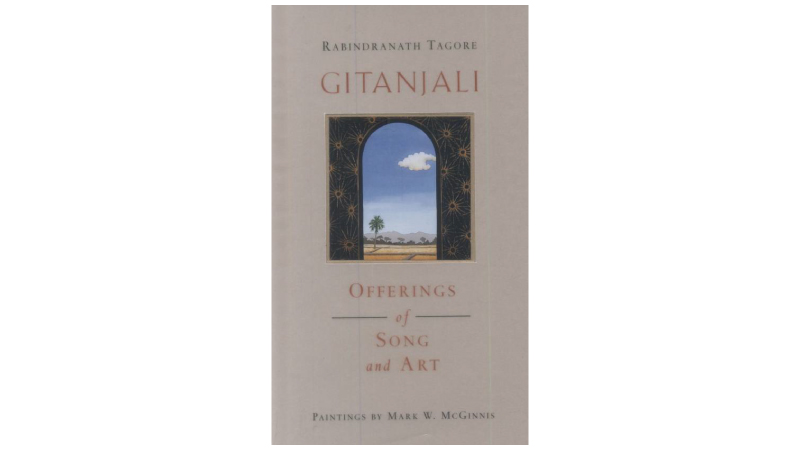 “If the day is done, if birds sing no more, if the wind has flagged tired, then draw the veil of darkness thick upon me, even as thou hast wrapt the earth with the coverlet of sleep and tenderly closed the petals of the drooping lotus at dusk. From the traveller, whose sack of provisions is empty before the voyage is ended, whose garment is torn and dustladen, whose strength is exhausted, remove shame and poverty, and renew his life like a flower under the cover of thy kindly night.”

Writer, playwright, composer, painter, Tagore’s work reflects a range of dramatic styles and emotions. It is underlined by a strong sense of moral instruction. A poet at the age of eight, his most famous work is his collection of poems, Gitanjali. His Nobel Prize citation reveals that he was awarded “because of his profoundly sensitive, fresh and beautiful verse, by which, with consummate skill, he has made his poetic thought, expressed in his own English words, a part of the literature of the West.”

Ever wondered what it must have taken for Ishiguro and the others to become Nobel Laureates? Read one of these exceptional works to find out!