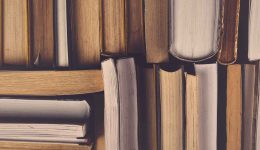 What’s your definition of a great read? A gripping mystery, a culture-laden short story, a scientific tour de force or a biography that presents a new facet of an old face? The year 2016 had a little of everything for the avid reader and here’s a list of the top 10 books of 2016 that you absolutely shouldn’t miss.
Read more
News
December 22, 2016
Team Flipkart Stories
0
0

What made news for Flipkart this week? Catch up on the headlines.   [View the story “@Flipkart in the news this week” on Storify]
Read more

6 amazing holiday gifts for the beautiful woman in your life

Treat the woman in your life (read that in plural if you wish) to something extra special this December. These thoughtful presents have been carefully compiled by Flipkart’s beauty experts. Take your pick of the best!
Read more

Ganapathy Poojari, the Ekart wishmaster who beats the clock

To deliver over three hundred and forty packages a day, single-handed, is no modest feat. Now, imagine doing that while beating Bengaluru's infamous traffic. Not only does Ekart Wishmaster Ganapathy Poojari accomplish the seemingly impossible every day, he fulfills the wishes of Flipkart customers without breaking a sweat — or a single traffic rule. There's one other thing he's good at — breaking his own record. Peep under his helmet and there's more to this personable, polite man — he's a hobby filmmaker who has also acted in a Kannada television serial. Flipkart Stories had a tough time catching up with Ekart's own Flash Gordon but when we did, we learned of his extraordinary story. Read on...
Read more 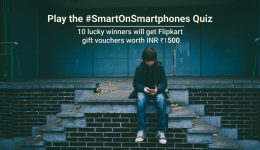 Are you a smartphone geek? Play this extra-tough #SmartOnSmartphones quiz and stand a chance to win Flipkart vouchers worth ₹1,500. Start playing!
Read more 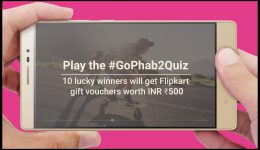 Consider yourself to be a guru of gadgets? Think you know all about the latest smartphones launched on Flipkart? Think again! Play the Lenovo Phab 2 contest — the #GoPhab2Quiz — and test your Flipkart tech quotient.
Read more

Interview: Children’s author Aaron Blabey on why he loves Tintin and Dr Seuss

Whether you’re starting the tradition of reading out loud to your kids or looking to continue it, don’t miss out on Aaron Blabey’s laugh-out-loud children’s graphic novels and picture books. Clever, cheeky and good at heart, Blabey’s books feature some of the most wonderful characters ever penned for children, be it the Al Capone-ish Mr Wolf or the unforgettable Pug named Pig!
Read more

Stay up-to-date with the latest news, stories and social media content, in and around Flipkart. Here's what hit the headlines this week.
Read more

Moto M, the latest 13.97cm (5.5-inch) metal-clad smartphone, is all set to launch on Flipkart in an open sale on 14th December at 23:59 hours. Here’s what makes this smartphone worth the spotlight.
Read more 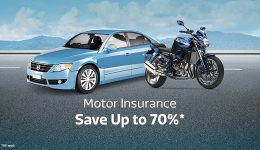 Hall Of Shame: Rate the best of the worst fake Flipkart websites and scams

Click the link below to take a behind-the-scenes look at how @Flipkart's catalog team is bringing opportunity to rural India!

A family business creates jobs for a nearby villag