George, Alex Gino's book for children about a transgender kid who expresses her true identity by playing a part in a school play, is more than a touch autobiographical. In this interview with Flipkart's Vivek Tejuja, the gender-queer author opens up a world of reading for transgender kids 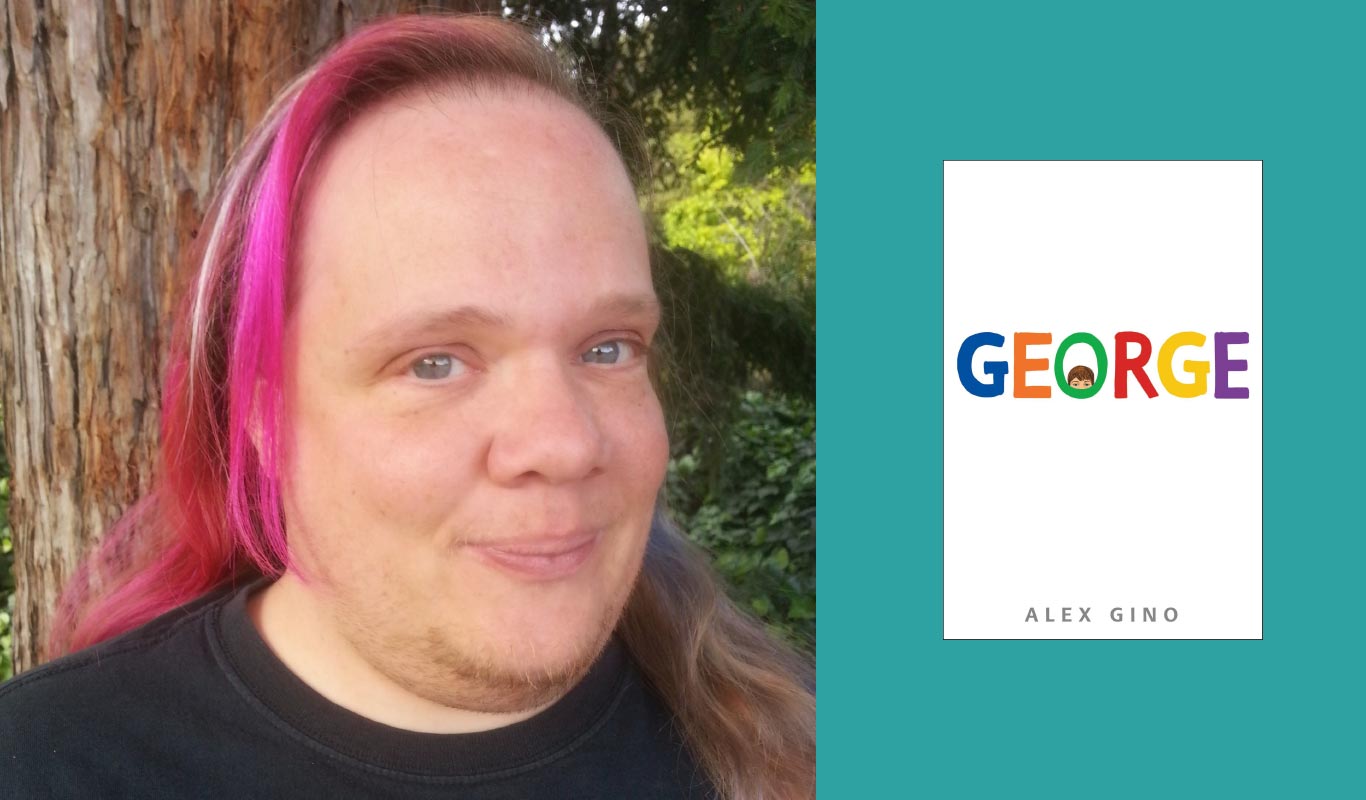 Around two weeks ago, I was given a copy of George by Alex Gino. It is an unusual book – in the sense that it is not your everyday book – about a transgender kid and what she goes through in school when she knows that she is a girl. She wants to show the world who she really is by playing Charlotte (the spider from Charlotte’s Web by E B White) in a school play.

I read the book in one sitting and couldn’t wait to discuss it with people who had read it. Unfortunately, no one had read it in India. So I thought: Why not interview the author? So that’s what I did and here are excerpts from a delightful conversation with Alex Gino. I cannot recommend George highly enough. Please go and read it. It will warm your heart and make you see everyone for who they really are, without judgment or bias.

Thanks so much for the opportunity to talk with Indian readers! Note that while the name of the book is George, I refer to the main character as Melissa, as that’s the name she prefers and that matches who she is.

The interview – George by Alex Gino

To write books such as George you need a lot of gumption. Where did your gumption come from? What led you to write about a boy who knows she is a girl and nothing else would make her happy than to be Charlotte?

When I started writing Melissa’s story back in 2003, there were very few children’s books with realistic lesbian or gay characters and I couldn’t find any children’s books with positive representations of transgender people or issues. And while several picture books and YA novels have been released in the last decade, there’s still a huge gap in middle grade fiction. Kids around ten years old are figuring out who they are independent of family and other adults. They are learning to make sense of themselves in the world and they need and deserve the tools to do it. I hope that George can be one of those tools.

Why Charlotte’s Web at the core? Why not any other book about growing-up or coming of age?

The moment when Melissa cries in class over Charlotte is probably the most autobiographical in the book. So there’s a bit of personal bias there. Also, Charlotte’s Web is a book about really seeing people (or pigs, or spiders) for who they are, and about deep friendship, two themes that are central to the story I’m telling.

Being yourself at school isn’t easy at all. What advice do you give kids out there to just be themselves?

It isn’t always easy. You have the right to be yourself, to dress how you want, and to like the things you like, and to ask people to use your name, pronouns, and to expect to be treated well. At the same time, that’s often not what happens. It’s totally okay to do what works for you in balancing self-expression with safety. Maybe you want to be subtle (painting your toenails, cutting the underside of your hair short, etc.). Maybe there are particular people you can share with. Maybe you want to reach out online – there are lots of people around the world who are like you in different ways and who love people for being themselves.

On the other hand, just because you’re afraid of someone’s reaction doesn’t mean it will be bad. Often, support comes from the most unexpected places. People who love you for you may take time to adjust – and some will be terrible – so I don’t want to sugar-coat it. But the connections that remain are so much stronger when you get to be yourself in them that it’s often worth the work that it takes to get there.

George in India – I am just wondering how that would work out. Do you think it is that easy across cultures for people to accept others? If not, then how do kids even start telling their parents to begin with?

I wrote this book as an American gender-queer adult, about an American transgender girl, because this is the culture that I was raised in and know. But I also know that there are lots and lots of trans kids in India who are looking to find themselves represented in the stories they read. I hope George makes space for transgender people in India to tell Indian trans stories, which are complex and diverse and aching to be heard.

I thought the book raced. I wish there were more to it, exploring Scott’s angle and what George’s Mom actually thinks or thought. Is there a sequel planned?

I made a conscious choice to stick with a very close third-person narrator. I want the reader to be reading from a transgender focal point. There are plenty of cisgender people who can write about what it’s like to know someone who’s trans, and some who have. My book is about being trans.

There is no sequel planned. The next steps in Melissa’s life will be personal and private, and I think cis people already place too much emphasis on, and are fascinated by, the transition process. That said, if I ever do return to Melissa’s world, it probably will be from the point of view of a different character. Rick’s story interests me. (Rick is the secondary bully, under Jeff’s thumb.)

As for the pace of the book, kids’ books can feel very quick to adult readers. My goal was to keep the writing accessible to my primary audience.

What books would you recommend transgender kids to read besides George if they want to understand themselves better? Are there any books for them at all?

In the world of middle grade, not much yet, honestly. There’s Gracefully Grayson by Ami Polonsky and Boy in the Dress by David Walliams. Both are good. Both are written by cisgender authors. I don’t know of any middle grade trans fiction written by trans authors, other than George. Yet.

There are some amazing picture books out there, including 10,000 Dresses by Marcus Ewert, I Am Jazz by Jazz Jennings, Red: A Crayon’s Story by Michael Hall, Jacob’s New Dress by Sarah Hoffman and My Princess Boy by Cheryl Kilodavis.

I love Meredith Russo’s If I Were Your Girl, coming out in May. It’s so good to have trans voices telling trans stories. And Arin Andrews and Katie Rain Hill published a pair of trans teen autobiographies (Some Assembly Required and Rethinking Normal, respectively), which is about as genuine as it gets. Lizard Radio by Pat Schmatz is great for fans of dystopian literature, and Symptoms of Being Human by Jeff Garvin has a non-binary main character. There are also some titles I’ve heard about but am behind on reading (hangs head in shame), including The Unintentional Time Traveler by Everett Maroon and I Am J by Cris Beam.

Also, an adult nonfiction memoir that is just so worth reading is Redefining Realness by Janet Mock.

Would you relive school differently? If yes, how? What changes would you make?

I would be born into a place and time where a million expectations weren’t heaped on me because of a determination a doctor made at birth by a cursory look at my body. And into an educational framework that valued and developed interpersonal skills as much as traditional academics.

George is so complex a character and yet so simple. Do you think the world is ready for such simplicity?

I would say that Melissa is just as complex and just as simple as the rest of us. She knows who she is. I firmly believe that we are all on the path of figuring out who we are, no many how young (or old). The time for self-exploration and self-expression is always now. Adults may not be ready for George and Melissa, but kids certainly are.

Buy the book on Flipkart