From a needle to a tank, Captain Jyoti Bisht was assigned the Indian Army's supply chain responsibilities in border areas right after her training. Today, years after she’s left the army, she recalls the valuable learnings that have guided her for life. Read on as she talks about her fascinating professional journey and her post-army life as a Flipkart Supply Chain Manager. 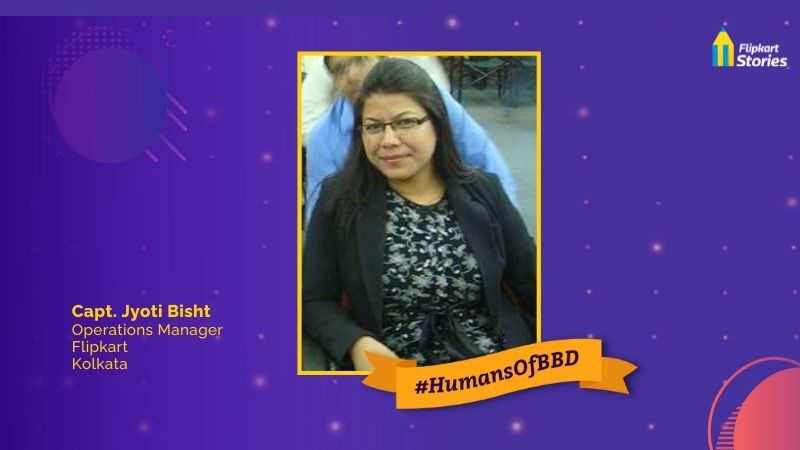 I have worked in the supply chain almost all of my career. Although, supply chain, in a very different scenario.

I’m a highlander – from Nainital. And my father always wanted either me or my brother to join the Indian Army. After college in Mumbai, I joined the Officer’s Training Academy in Chennai and, after rigorous training, was posted in Kargil.

Commissioned as an officer there, I was in charge of the entire supply chain – from a needle to a tank – to the Kargil, Drass, Siachen and Batalik areas. We had to move supplies in very challenging conditions, be it the below-freezing temperatures, wind speeds, or even enemy shelling. Some of the posts are very close to the international border and the enemy forces conduct shelling sometimes when a convoy is passing through.

I left the Indian Army in 2010, worked for some time in various start-ups and also did an executive MBA from IIM-A. In 2015, I took a career break after my son was born.

In 2020, when we moved to Kolkata, a friend of mine told me about opportunities at Flipkart. I’d already heard about the incredible work culture so I immediately applied, interviewed, and joined as an Operations Manager at the Flipkart warehouse here.

I did have some inhibitions in the beginning — until now, I’ve always worked at startups, mostly because that’s where I see a lot of scope to innovate as an individual. It’s really my basic nature and what drives me. Flipkart, being a big company, I was worried I would not be able to do this. But, in the past few months that I’ve been here, I’ve already led a project that has increased inventory by over ₹12 lakh. That’s the kind of freedom and ownership that Flipkart affords you. 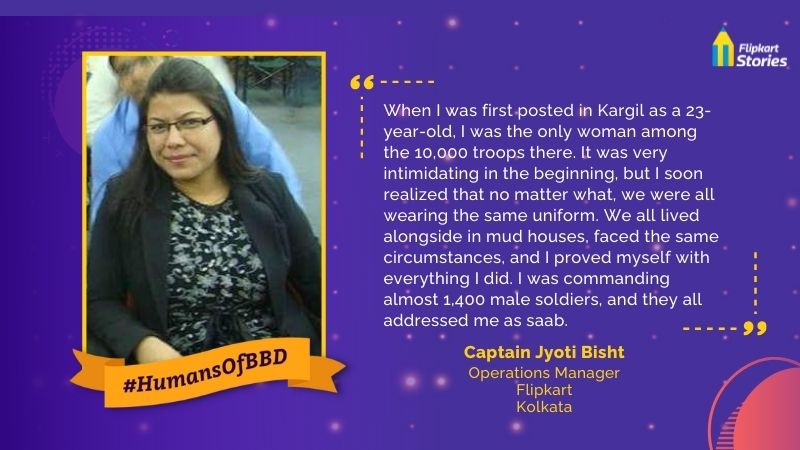 It’s also a work environment that is very inclusive, with several programs in place that ensures that the culture is upheld. The FlipMarch initiative, for example, is something that I found to be very useful, especially since we have so many army veterans at Flipkart. When I left the army and transitioned my career to a more corporate set-up, I really missed something like FlipMarch.

Veterans are qualified individuals but these kinds of programs really help them assimilate better in terms of culture. The army culture is very different, and has its own way of functioning. I was in the army for fewer years, but there are people who spend 18-20 years in the army. Assimilation and transition programs really help here as people take time to adjust to change. For someone who’s been in the army, even addressing each other by name in a professional setting is a huge change.

Having said that, there are also many ways that the army prepares you for corporate work. In general, those in the army learn very quickly to adapt to any situation and we become very flexible. For me especially, the kind of supply chain management learnings I got in the army have helped me adjust to my role here seamlessly.

I’m also someone — a woman — who has always worked in what are known to be traditionally male-dominated frontiers. Both the army and supply chain in general.

When I was first posted in Kargil as a 23-year-old, I was the only woman among the 10,000 troops there. It was very intimidating in the beginning, but I soon realized that no matter what, we were all wearing the same uniform. We all lived alongside in mud houses, faced the same circumstances, and I proved myself with everything I did. I was commanding almost 1,400 male soldiers, and they all addressed me as saab.

At Flipkart, there are many programs in place to embrace more women across our supply chain. I think perception is changing about supply chain being something only men can do, and I’m happy to see so many women working alongside me. Everyone now realises the commendable work that women do in the supply chain.

One of the learnings from the army that I carry with me until now, and has also shaped my time here at Flipkart, is leadership and utmost trust in your team. Here, I oversee a team of 250 people and we share a mutual respect and are very tight-knit. That makes all the difference.

My husband is a Colonel in the Indian Army. He was one of the NSG commandos battling terrorists at the Taj hotel during the 26/11 attacks in Mumbai. He has even received a gallantry award from the President of India. For now, we are in a peace posting in Kolkata, where we’re both dedicated to our work.

I’m a very different woman than I was at 23. The army completely changed me. I used to be a timid girl from a small town. Now, I am confident. I have no fear.

Also read: This Big Billion Days, celebrate the spirit of resilience with the #HumansOfBBD 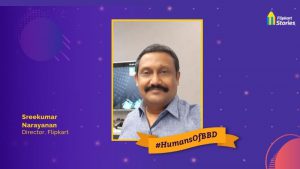 October 9, 2021 Sky’s the limit: For this former IAF officer, Flipkart is an adrenaline rush! Read more > 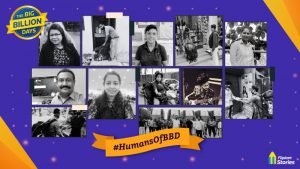