As users lean towards video consumption on handheld devices, Over The Top (OTT) video platforms have steadily evolved to optimize their offerings. We explore the making of Zindagi inShort, a new anthology of short films on the Flipkart Video platform from ace producer Guneet Monga and seven upcoming directors 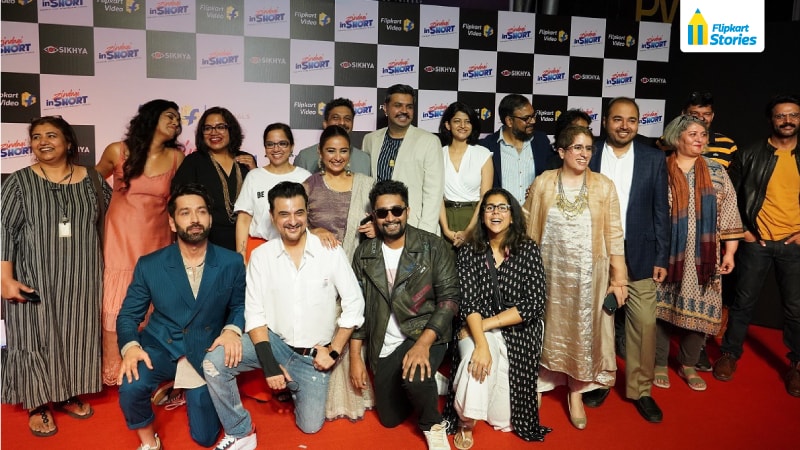 With revenues from OTT platforms in India expected to reach ₹13,800 crore by FY 2023, streaming is big business. In an industry dominated by a subscription model, Flipkart Video’s offerings stand out. After the well-received Backbenchers, the latest offering from Flipkart Video is a series of short films titled Zindagi inShort. Helmed by Oscar-winning producer Guneet Monga, known for films such as Gangs of Wasseypur, Lunchbox and Masaan, which have cemented themselves as top-tier cinema with a cult following, Zindagi inShort is a collection of seven short films directed by first-time directors, featuring an ensemble cast.

“We want to offer short-form, snackable, free content of high quality. If you look at Zindagi inShort – the challenge was how do we get the best out of the actors and the storyline in 10-15 minutes, so that we’re creating quality content,” says Prakash Sikaria, VP – Growth & Monetization at Flipkart.

Grounded in reality, Zindagi inShort explores diverse themes to which audiences can easily relate. The characters are situated in smaller cities, the acting is nuanced, and the cast, while star-studded with veterans like Sanjay Kapoor, Neena Gupta and Divya Dutta, doesn’t distract from the strong storytelling.

On her choice to cast Neena Gupta as the lead in her film Pinni, director Tahira Kashyap says, “Neena ji was the perfect choice for the role — there’s a warmth to her, but at the same time, she’s a woman of substance and is capable of standing up for herself.”

Enjoying this story? Check out the accompanying podcast:

“A lot of the stories are small-town stories, and there are scenarios across the seven films that the audience can genuinely relate to,” says Guneet. “Flipkart gave me complete creative control to curate this anthology the way I wanted to, and these stories stood out among the rest.”

Each film in Zindagi inShort seeks to highlight a certain reality in the world we live in; each film a different slice of life. “We live in a world where men are in denial and chauvinistic, and I made this film to educate these men and send out a message: This has to stop,” says director Punarvasu Naik about Sleeping Partner, which explores the sensitive theme of marital rape and the journey of a woman’s emancipation.

While some themes may be a mirror of the grim reality around us, others have a humorous bent. Swaaha, directed by Smrutika Panigrahi, is about a wife who threatens her husband with a heavy alimony once he discovers her infidelity. “Divorce and alimony are sensitive issues that usually evoke a lot of bitterness, which is why my film is a humorous take on separation. At the end of the day, I wanted to make a fun film, rather than go for shock and awe,” says Smrutika.

Gautam Govind Sharma’s Chajju Ke Dahi Bhalle explores a cross-border love story with food as the common thread between the two lovers. “You can’t fall in love on an empty stomach, and young couples on a budget do often end up on Tikki dates, and that’s what inspired me to make this film,” he says.

Vijayeta Kumar’s film Sunny Side UPar highlights the importance of being grateful for what one has, her story centered around a workaholic oncologist who rarely makes time for herself. “We get so caught up chasing some distant dream that we completely lose sight of what’s in front of us,” she says.

In Nano So Phobia, the genial Swaroop Sampat essays the role of a septuagenarian widow who grapples with a phobia owing to an old traumatic experience. “The elderly in our lives usually get taken for granted, and my film touches upon the need to take them seriously,” says director Rakesh Sain.

In an unconventional take on the Indian brother-sister dynamic, Vinay Chhawal’s film Thappad revolves around a 10-year-old boy who wants to teach his elder sister to protect herself from school bullies. “As a director, I’ve always wanted to work with child actors, and making this film was a wonderful experience. The child actors in my film are so easy to work with and eager to deliver a poignant performance,” adds Vinay.

At the red carpet premiere in Mumbai, Zindagi inShort evoked overwhelmingly positive responses to the films, with Sleeping Partner even getting a standing ovation from the audience.

Watched Zindagi inShort yet? Stream it, along with all your favorite content – only on the Flipkart app! 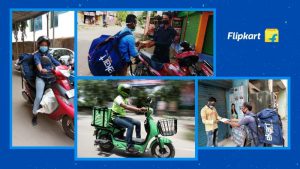 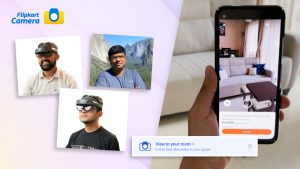