Flipkart’s history is a history of talent, not merely one of big-ticket achievements and audacious bets. Roll back the years with Flipkart’s Talent Timeline 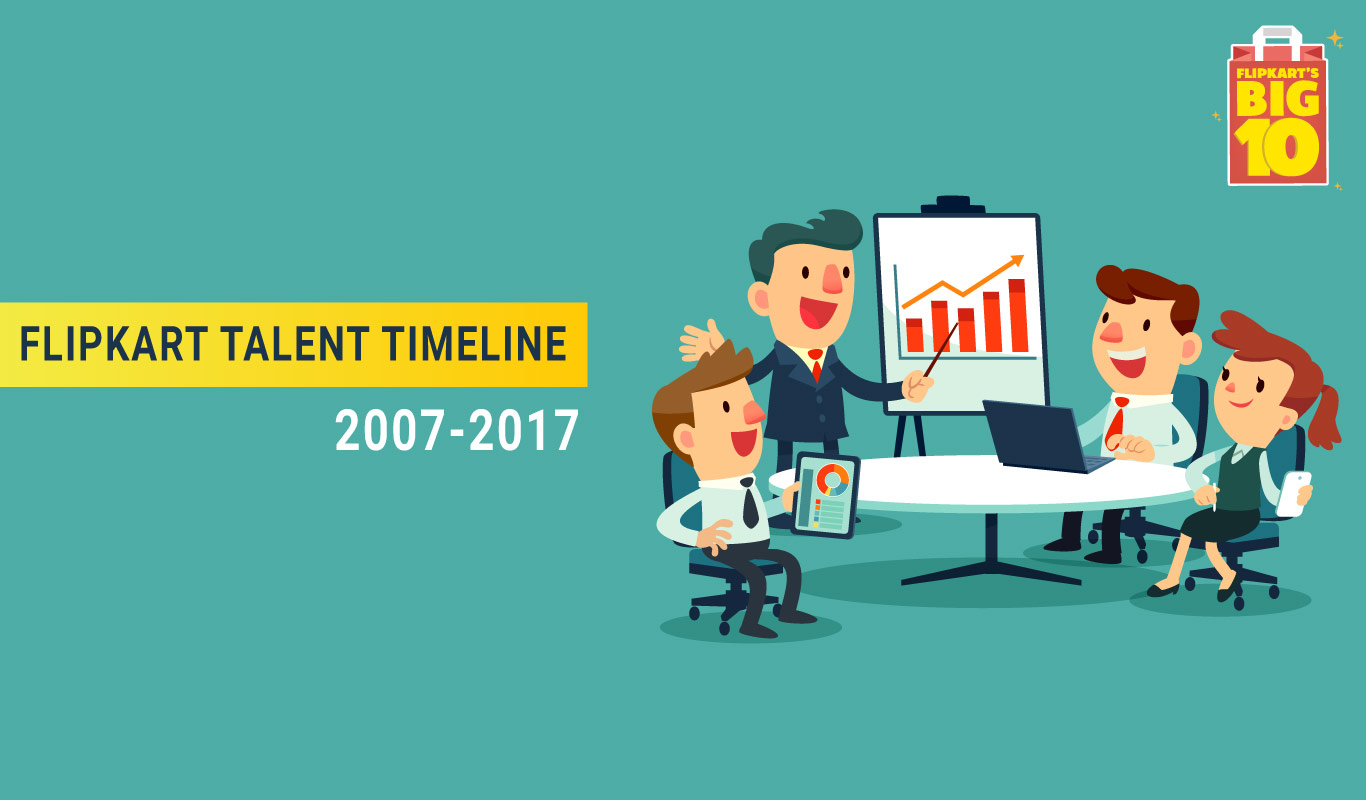 No talent timeline of Flipkart can be conceived without doffing a hat to Flipsters — the people of Flipkart.

Flipkart’s history is not merely one of great achievements, audacious risks and big bets. It is a history of people. Significant people.

It is a history of talent, endeavor and caliber. Every business decision, every strategic move, every path-breaking risk taken at Flipkart has sprung from the minds of people.

People who thought out of the box, people who executed on big, ridiculous, seemingly impossible ideas, and made them happen.

People who set big, hairy goals and who were committed to solving complex problems. People who made mistakes, often costly ones, but who always stayed the course to snatch bigger, more significant victories from the jaws of imminent defeat. People who went on to forge from these failures a gritty, tenacious and never-say-die company, a truly homegrown Indian brand, which wears its battle scars like medals.

Flipsters past and present share some traits: they embody values that have since been ingrained in Flipkart’s DNA. Customer First, Bias for Action, Ownership — these are not mere buzzwords at Flipkart. They are badges that each employee at Flipkart wears within and without, be they Flipsters past or present.

The people who shaped Flipkart’s growth at every step have left their indelible imprint on the timeline of what has been, arguably, Indian industry’s most dynamic decade — the Startup Decade. Here’s looking back on 10 years of Flipkart’s talent timeline.

Flipkart is founded. Co-founders Sachin Bansal and Binny Bansal, both of whom hailed from Chandigarh, had never met until their final year at IIT-Delhi. A brief summer project brought them together, but the seeds of Flipkart were sown only a few years later when the two hatched the idea in Bengaluru. Read the story

Flipkart ranked as the best company in India for “attracting and keeping top talent”, according to a LinkedIn Top Attractors List

Families of newly promoted Flipsters get a pleasant surprise — a thank-you letter from CEO Binny Bansal and a box of chocolates. Read the story