Leveraging technology, gamification and the innovative measure of seed bombing, the Flipkart Foundation, its NGO partners, and Flipkart teams and customers are helping build a regenerative tomorrow in the district of Chamoli, Uttarakhand. Read how the Flipkart Celebration Tree - a game on the Flipkart app - is giving roots to a reforestation and rehabilitation movement in villages across the state. 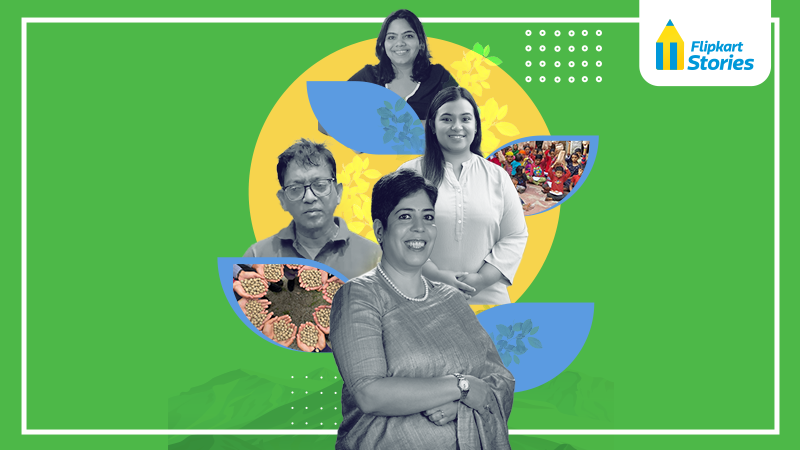 Creating a regenerative approach towards climate change mitigation and adaptation needs a radical approach to reforestation. Seed bombing became an innovative response to the call for social responsibility in Chamoli, the land of forts nestled in the Garhwal Himalayas of Uttarakhand. Realizing its potential for truly wide-spread impact, the Flipkart Foundation along with two NGOs, Give Foundation and the SankalpTaru Foundation, and Flipkart Sustainability and Games teams came together with a little out-of-the-box thinking.

“Flipkart Foundation came forward to support a seed bombing project in the Chamoli district of Uttarakhand. The aim of this project is to restore the green cover of the mountainous region and the entire project impacted over 27,000 people across 63 villages of the district,” says Puja Trisal, Director, Flipkart Foundation.

Enjoying the story? Listen to the accompanying podcast below:

Committed to a regenerative future, Project Seedball Bombing raised awareness, actioned change, and empowered the communities around climate change adaptation. The project also brought together technology innovation and Flipkart’s commitment to climate change mitigation and adaptation at a grassroots level under one umbrella.

In the past few decades, Chamoli’s hilly terrain has been at the receiving end of the effects of alarming environmental changes across the globe. A number of landslides caused by rapid deforestation have affected the villages in the district, displacing scores of people and impacting their livelihoods.

With sustainable action, innovation and a culture of giving at the core of Flipkart’s approach, the mission was to reverse this damage in time. United by the goal, specialists across three internal teams worked to get the ball rolling.

The seeds of change were sown through the Flipkart Celebration Tree – a gamified and modern solution to drive sustainable impact. By playing an interactive game on the Flipkart app, users could grow virtual trees, and for each virtual tree grown, Flipkart committed to planting one in the real world. With it, Flipkart customers too had the opportunity to be part of a movement that impacted thousands on ground. 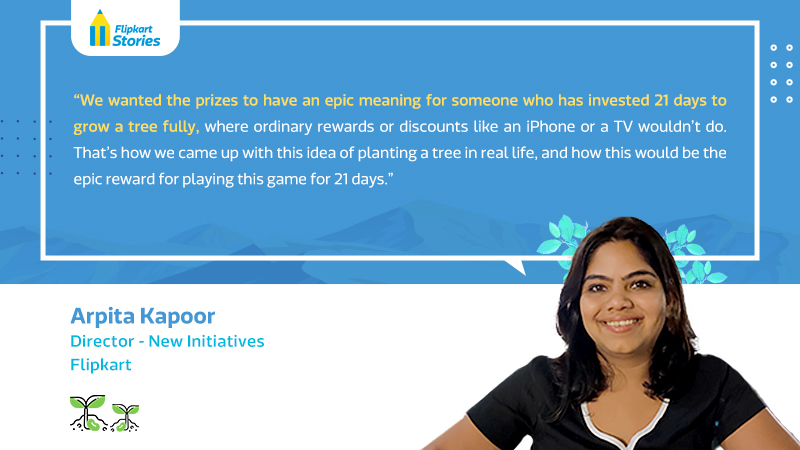 Arpita Kapoor, Director – New Initiatives, Flipkart, and one of the specialists, says that it was important for gamers to truly relate with the mission.

“We wanted the prizes to have an epic meaning for someone who has invested 21 days to grow a tree fully, where ordinary rewards or discounts like an iPhone or a TV wouldn’t do. That’s how we came up with this idea of planting a tree in real life, and how this would be the epic reward for playing this game for 21 days,” says Arpita. She reveals that in the 21-day campaign, Celebration Tree had over 3 million gamers tune in.

No Mountain Too High 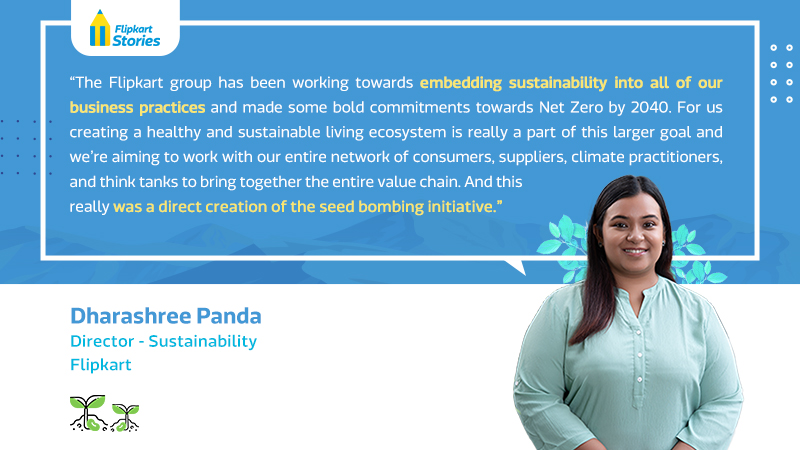 “The Flipkart Group has been working towards embedding sustainability into all of our business practices and made some bold commitments towards Net Zero climate change impact by 2040,” explains Dharashree Panda, Director of Sustainability, Flipkart. “For us creating a healthy and sustainable living ecosystem is really a part of this larger goal and we’re aiming to work with our entire network of consumers, suppliers, climate practitioners, and think tanks to bring together the entire value chain. And this really was a direct impact of the seed bombing initiative.”

Ready to walk the talk and live up to the commitment of planting trees in the affected villages of Chamoli, Uttarakhand, the team identified the right partners to execute the project on ground – Give Foundation and SankalpTaru Foundation. 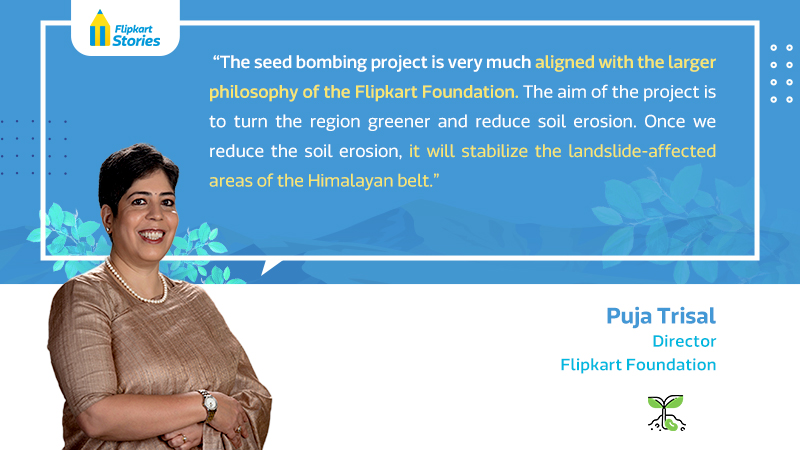 “The seed bombing project is very much aligned with the larger philosophy of the Flipkart Foundation. The aim of the project is to turn the region greener and reduce soil erosion. Once we reduce the soil erosion, it will stabilize the landslide-affected areas of the Himalayan belt,” explains Puja.

The mammoth task at hand was now to disperse 1 million native seedballs across 63 villages. Enabling community participation, students, government officials as well as women from the villages join hands to ensure the success of the project. Flipkart and its partner NGOs also leveraged drones, widening the reach and efficacy of the initiative. Now, even the toughest parts of Chamoli were accessible for seed bombing and nearly 300kg of seedballs were dispersed through drones across the terrain.

Between 3 and 4 lakh trees are expected to grow out of the seed bombing project, potentially undoing much of the damage caused in the region. Through this project, Flipkart and its partners hope to create an impact of 95,788 tCO2e emissions reduced (across the lifetime of trees planted) alongside impacting the communities here for generations.

“For many of the women in the rural parts of the state working in our organization, this endeavor has greatly improved their quality of life. With factories shutting down, many of the women had no means to an income, but this project provided opportunity. Now, with employment, these women have the money they need to live life on their terms and get their children admitted to school,” says a representative from the SankalpTaru Foundation.

Over 63 Villages, 27,000 beneficiaries and bombing of 1.1 million native seedballs — project seedball bombing is a story of impact, hope and a commitment to working for communities and the planet.

“We have really been able to create awareness about the issue on the ground and these stakeholders have today emerged as green ambassadors or green warriors,” says Puja.

For more stories on sustainability and building a greener planet, click here. 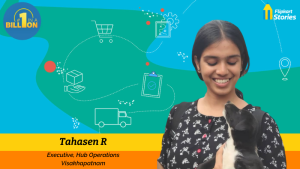 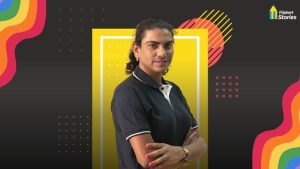