India’s popular mythologist and writer is back with his new book for children, The Boys Who Fought. In a tell-all interview, Devdutt Pattanaik talks about the misunderstood world of Indian mythology. 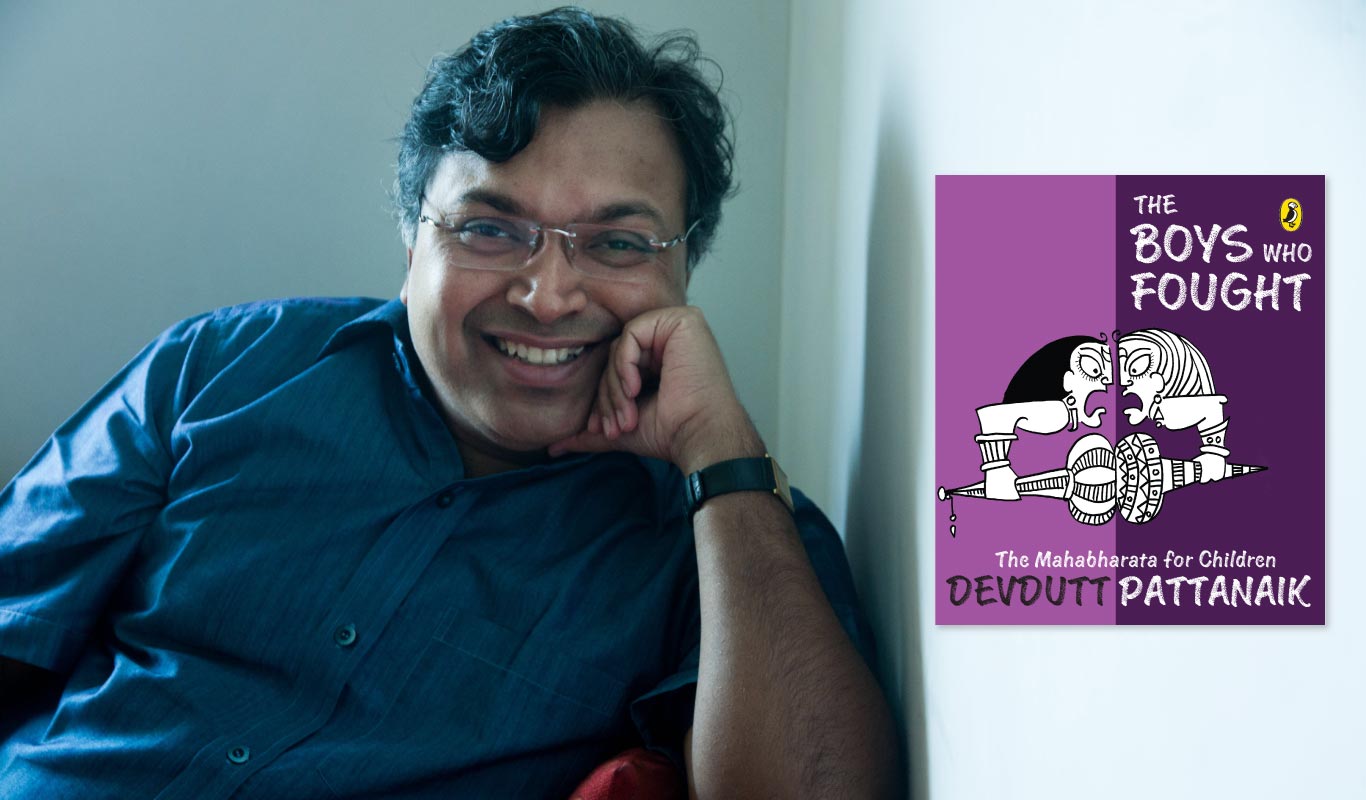 Devdutt Pattanaik is, without a doubt, one of India’s most popular writers and among our foremost mythologists. While his books have roused a fair share of debate, the author has always been clear about one thing — that his often bold retelling of Indian epics is his own interpretation of the popular mythological works. It’s perhaps this, coupled with his clear, crisp writing, that sets him apart. The writer is now back with a new book for children, The Boys Who Fought.

In his second interview with Flipkart Stories (have you read the previous one about The Girl Who Chose?), he talks about the new book, challenges and the misunderstood world of Indian mythology.

1.   How did the idea of The Boys Who Fought come to you? Was it before you started writing The Girl Who Chose?

No. I was doing a workshop on the Ramayana for a group of writers when I suddenly realized the pattern of choice in Sita’s life. I alluded to it in my book Sita: An Illustrated Retelling of the Ramayana, when Ram laments before Lakshman that Sita never listens and overturns his instructions with smart arguments. But it was only during the workshop that I realized Sita’s five clear choices, which is perhaps why Valmiki wanted to call Ramayana ‘Sita Charitam’ initially. This title inspired the complementary title for Mahabharata: The Boys Who Fought, which alludes to different contexts in which Pandavas fight and how each is very different.

2. Why did you decide to take these ideas from the epics and write them for children?

I see parents trying hard to ‘justify’ Hindu epic characters. They play lawyer and judge, even as they perform as storytellers. They don’t get the magic of the epic often: that Ramayana is not as misogynist as Westernized writers would like us to believe, and Mahabharata is not about Draupadi alone, but about five men struggling to figure out how be part of a family. I usually tell stories in crisp language, avoiding too much detail and justification. I feel children can handle complexity and controversy.

3. What is the next one in this series?

You have to wait and see.

4. How do you think kids will take to mythology in this age of technology? Are they interested?

Girls and boys have to deal with choices and bullying and fighting. Technology is just a tool, but they need to resolve their inner worlds. Hence these stories, well told, will always be relevant. 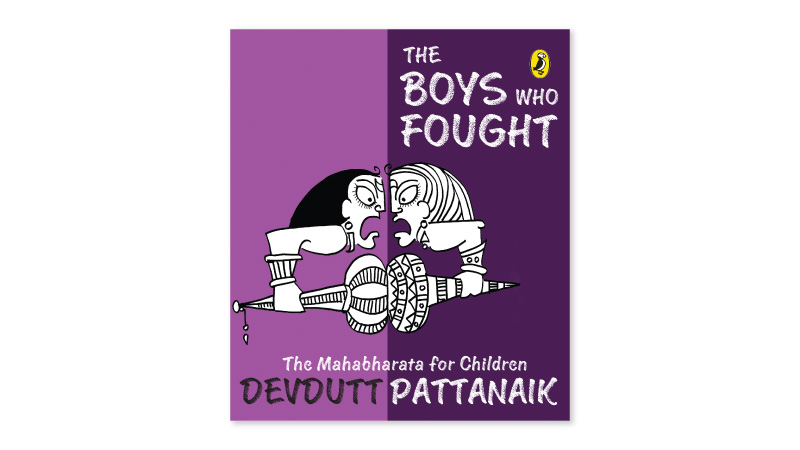 5. Why did you want to write these for children? Will there be more —  a series, perhaps?

I love the challenge posed when one has to tell the same story to different audiences. So I write for my own pleasure. Yes, there will be more children’s books.

6. What 5 books, besides yours,  would you recommend for children to get them started on mythology?

I never recommend anyone’s books, on principle. Parents and children have to figure it out themselve

7. One of the lines in the book that stood out for me was, ‘When you can fight for the meek without hating the mighty, you follow dharma.’ How difficult or easy do you think this is for children to follow, given the times we live in?

Children are smarter than we think. We just have to challenge and enable them to think more. To think less of children is a great disservice. They understand what is fighting, what is hating, what is mighty and what is meek. They have to just string these individual ideas into a noble whole.

See the highlights of #FlipkartAsksDevdutt, the Flipkart Stories tweetchat with Devdutt Pattanaik on Oct 12, 2017