From graphic novels to books on personal improvement, women authors are responsible for some of the most well-written books across genres. Here’s an overview of 18 exemplary reads that you must add to your book list this Women’s Day. 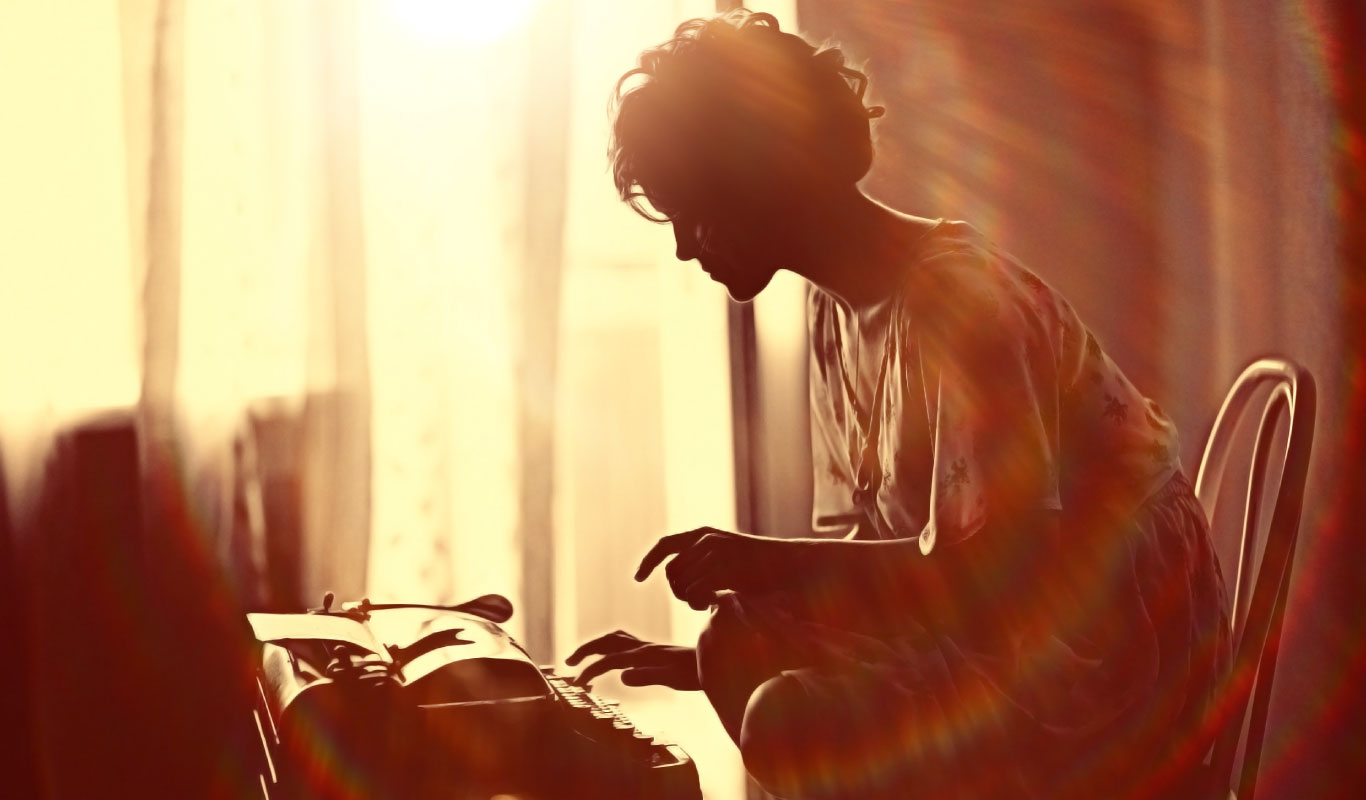 Whether you’re looking for inspiration, a moving narrative, characters that strike a chord, or entertainment on a slow afternoon—women authors have proven time and again that the quality of work that they author is capable of doing all this and much more. This round-up of 18 titles is a capsule collection of sorts, capturing the immense contribution that women have made to the world of the written word. From free verse that speaks volumes to a graphic novel that’s nothing short of a work of art, these 18 titles are must-reads for anyone who’s interested in understanding the strong voices of women in our literary culture and the resounding impact they’ve had.

Women in Science by Rachel Ignotofsky 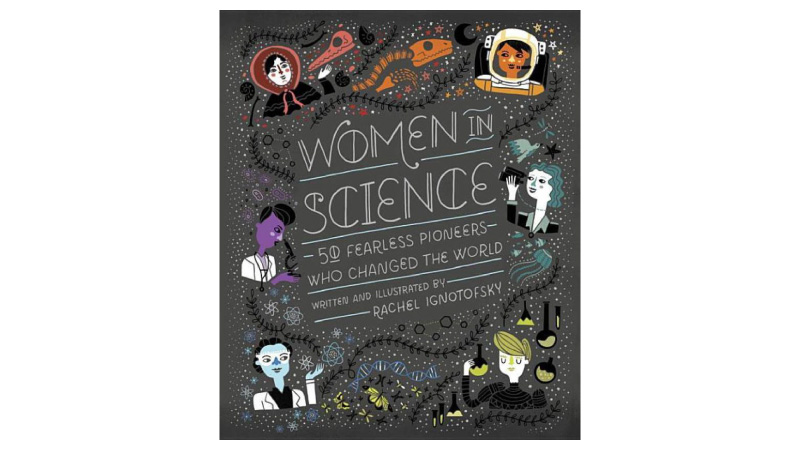 Starting from ancient times and going up to the present, this illustrated book by Rachel Ignotofsky talks about 50 exemplary women and their invaluable contribution to the fields of science, technology, engineering and math. Rachel’s Women in Science, a New York Times bestseller, is packed with information and beautiful artwork that will have any child (or adult), completely absorbed.

If you’re raising young minds who believe women can really do anything, this book should be at the top of your list. Give the tired princess tales a rest, and encourage your daughters or sons to read this book instead. Filled with strong female characters, it lays special emphasis on women taking charge, supporting other women and taking control of their own story. With illustrations from over 60 female artists across the globe, this title tells empowering, inspirational stories of strong women like Malala Yousafzai and Serena Williams.

Girls Think of Everything by Catherine Thimmesh 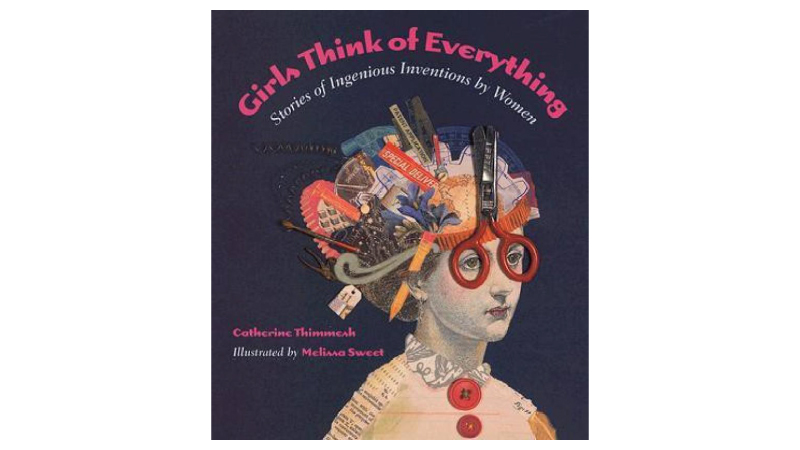 How many women inventors do you know of? If the answer is a sheepish “Not too many”, this book makes for perfect reading for you and your child. From the woman who invented the chocolate chip cookie to the one who engineered the windshield wiper, this book tells you the stories of inventors, what inspired them and how they invented products and processes that are indispensable to our lives today. This book won its author the 2001 IRA Children’s Book Award and Outstanding Science Trade Book for Children 2001 award, among others.

I Am Malala by Malala Yousafzai with Christina Lamb

Malala Yousafzai’s work in the area of education for all, especially girls and young women, won her the Nobel Peace Prize in 2009. Her courage, conviction and clarity of thought make her a young leader unlike any other. I am Malala, written by her, along with Christina Lamb, tells the story of what Malala stands for, how it made her a target of the Taliban and how she became a Nobel laureate. If you’re looking for strong role models for your young ones, this book makes for an excellent starting point.

Very few books paint a picture (literally) as vividly as Persepolis, written by French graphic novelists and illustrator Marjane Satrapi. An autobiographical book, it tells the story of Marji, a young girl in Iran during the Islamic Revolution. Marji believes that she can become a prophet at the age of six and draw on the teachings of Zarathustra to solve problems like education being banned. Through the eyes of a young child, it paints a poignant portrait of growing up in Iran and how memories of war cast its shadow on the lives of people. The book was later made into a French-American animated movie and was nominated for an Academy Award for Best Animated Feature Film of the Year and a Golden Globe Award for Best Foreign Language Film.

For a taste of Indian graphic fiction, pick up Kari by Amruta Patil. Its lesbian protagonist explores themes of friendship, loneliness, love and loss. It’s dark, gripping, gritty, and most importantly, memorable. The artwork is striking, as is the storytelling, which has a distinctly poetic quality to it. If you’re looking for a unique read, Kari promises to be addictive from the get-go. In 2017, Amruta Patil was awarded the Nari Shakti Puraskar from Pranab Mukherjee for ‘unusual work that breaks boundaries’ in art and literature.

Hyperbole and a Half by Allie Brosh 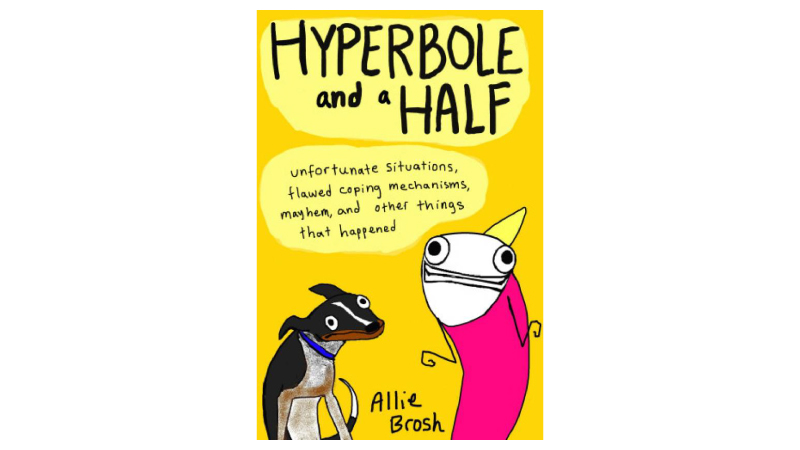 Witty and relatable, Hyperbole and a Half by blogger Allie Brosh is a collection of anecdotes from the blogger’s life, supported by quirky illustrations made on Paint, on her computer. The stories are centered around Allie’s own flaws, her childhood, raising two dogs, and addresses her ongoing battle with depression. While the essays are deeply personal, Allie’s clever, humorous writing makes for an enjoyable read and her simple illustrations supplement the writing beautifully. Not only did Allie’s book make it to the top of the New York Times Bestseller list, Bill Gates called it “Funny and smart as hell”.

A Life in Words by Ismat Chughtai 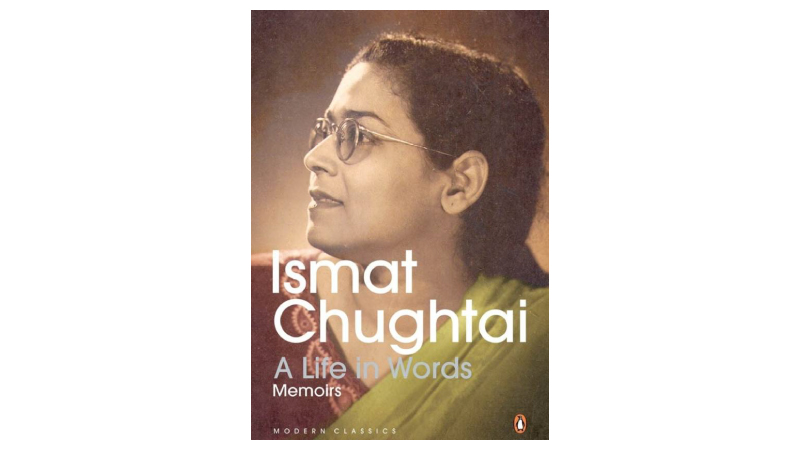 If you know very little about this prolific Indian author, we highly recommend adding this title to your list. A memoir, A Life in Words is Ismat Chughtai’s re-telling of her life story. It describes her childhood years and brings to life her opinions on growing up in a large Muslim family during the early 20th century. From fighting for an education to crafting her voice and identity as a writer, this autobiography chronicles the life of one of the finest Urdu writers India has known.

My Story by Kamala Das

A poet, storyteller and columnist, Kamala Das is remembered for her opinions on childcare and women’s issues, and her poetry. A Nobel Prize for Literature nominee, Kamala Das’ contribution to Indian literature is insurmountable. In My Story, Das chronicles her life, and her outspoken storytelling made it a controversial autobiography when it was first published in 1977. Known for her unconventional and courageous ways, My Story is a glimpse into Das’ extraordinary life.

The God of Small Things by Arundhati Roy 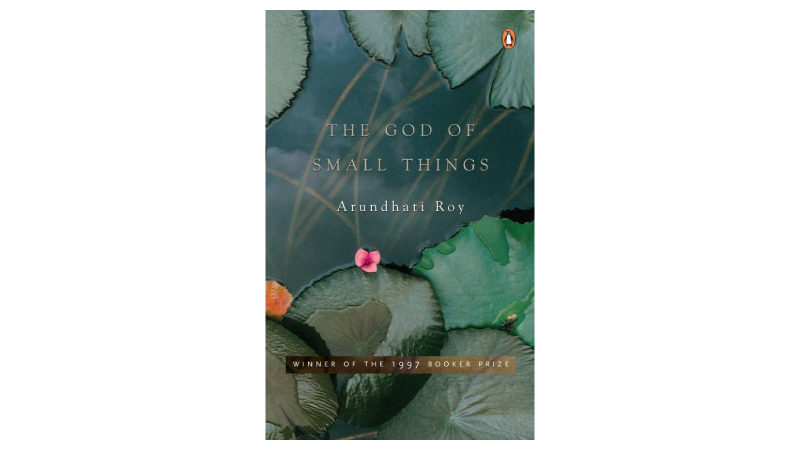 Arundhati Roy is an accomplished author, best known for The God of Small Things, her debut novel. Set in post-independence Kerala, the book is about two twins and how their life changes forever because of a series of unfortunate events. Apart from having a gripping story, The God of Small Things is also a commentary on the social and political systems of the time. Roy’s debut novel not only made it to the New York Times Bestseller list, it also won her the Booker Prize in 1997.

Boats on Land by Janice Pariat

People from the North East of India don’t find as much representation in Indian literature as one would like, but Boats on Land does an excellent job of telling stories of this region. A collection of short stories, the book talks about the life of people under British rule, a deep-rooted belief in folklore and the supernatural world, political impact on people’s’ lives and much more. Janice Pariat, originally from Shillong, won the Sahitya Academy’s Yuva Puraskar Award in 2013 for her work in this book.

You Are Here by Meenakshi Reddy Madhavan

Tracing the journey of Arshi, a 25-year old piecing together her life, You Are Here, Madhavan’s debut novel, is entertaining and relatable. From being embarrassed by her mother and having a complicated love life to dealing with an intolerable boss, the book touches upon every issue a contemporary millennial is likely to encounter. Witty and observant, this book makes for an easy weekend read.

Milk and Honey by Rupi Kaur

If you want to invest in a collection of poetry, you can’t go wrong with Rupi Kaur’s Milk and Honey. With poems on love, loss, femininity and heartache, the four chapters in this book deal with different kinds of pain. Through her words and illustrations, she takes you through bitter emotions and urges you to find the sweetness in the unpleasant.

Lunatic in My Head by Anjum Hasan 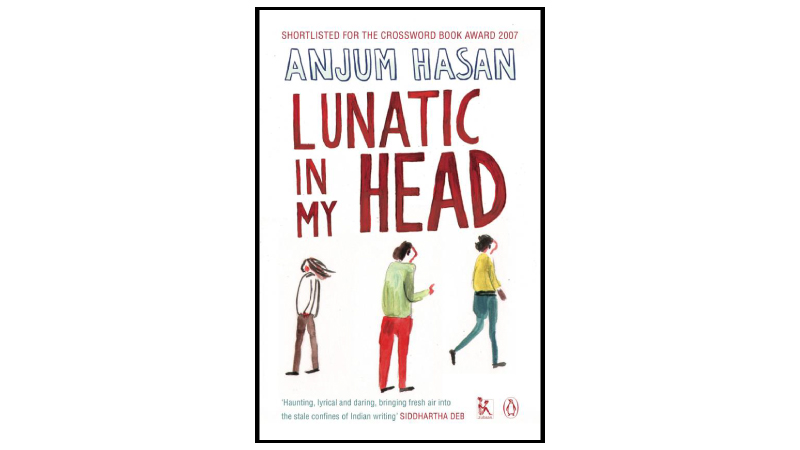 Lunatic in My Head is about an aspiring civil servant, a college professor and an 8-year-old girl who learns that she has been adopted. The only things that tie these three main characters together is that they feel they’re misfits, and are longing to be somewhere else. Shillong plays the perfect backdrop to their story as they battle their inner turmoil. From Hasan’s other works, Neti Neti was long-listed for the Man Asian Literary Prize and Difficult Pleasures was shortlisted for The Hindu Literary Prize.

The Left Hand Of Darkness by Ursula K Le Guin

This 1969 novel established Ursula K Le Guin as a masterful science fiction writer. In The Left Hand of Darkness, a human ambassador is sent to Winter, an alien world where people can change their gender as they wish. The human must find a middle ground between his own views and those of this new land. This path breaking sci-fi novel won Le Guin the Nebula and Hugo Awards in 1970 for best novel.

The Handmaid’s Tale by Margaret Atwood

Another science fiction classic, The Handmaid’s Tale is set in a dystopian future. The United States of America falls under dictatorship rule. In a series of events, a group of revolutionaries take away rights of women in an attempt to re-organise society. Read it to see what the future can look like when women no longer have a voice. Margaret Atwood is no stranger to writing science fiction, and her previous works have won her the 2000 Man Booker Prize, the Governor General’s Award, and the Arthur C. Clarke Award.

We Should All Be Feminists by Chimamanda Ngozi Adichie

Chimamanda Ngozi Adichie has a grasp on feminism like no other author and We Should All Be Feminists is based on her Tedx Talk of the same name. A deeply personal essay, it talks about what feminism means today. Decoding feminism for the 21st century, the book draws on Adichie’s own experiences. Powerful and moving, this book is one that everyone should read.

How To Be a Bawse by Lilly Singh

Lilly Singh is a YouTube sensation and comedian, and her book, How To Be a Bawse is an extension of her online personality. A guide of sorts, the book helps you understand how to be the best version of yourself, from understanding that there are no shortcuts to success to Lilly’s tips on being confident and ‘getting hurt efficiently’. Written in Lilly’s inimitable hilarious but no-nonsense style, How To Be a Bawse will do the trick if you need a dose of inspiration.

To browse even more books authored by women, don’t forget to check out Flipkart’s selection of titles.

0
0   0
previous Top 10 romance novels - add some love to your reading list now!
next These 8 Indian women authors have a bold message for you